While the Great American Beer Festival has come and gone, the frenzied pace of the largest beer festival in the country descending upon the Centennial State certainly hasn’t subsided. In fact, in the two weeks since GABF a lot has happened. So we thought we’d recap some of the more notable comings and goings surrounding Colorado’s craft beer scene as of late. 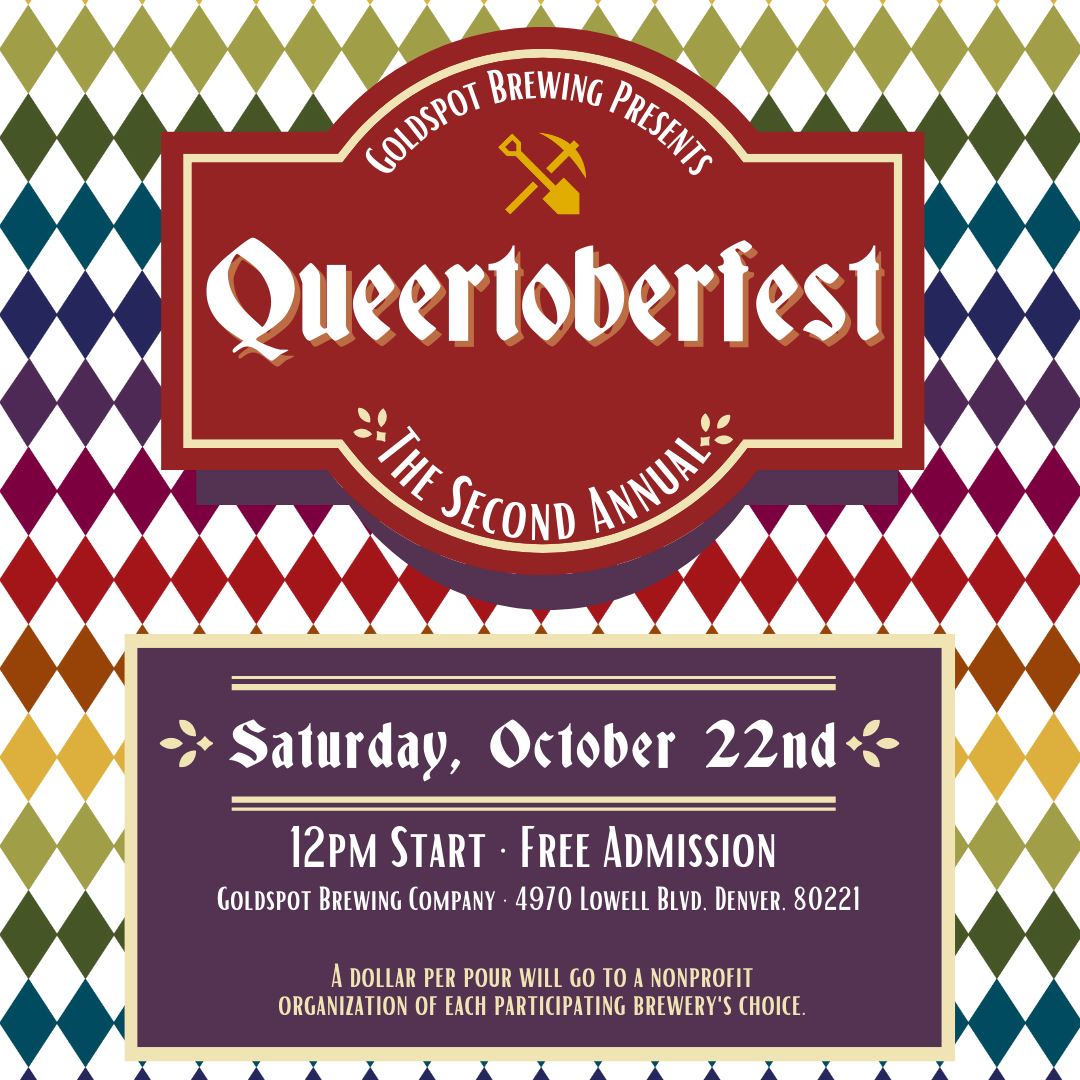 Kelissa Heiber, owner of Goldspot Brewing has long been on the forefront of working to create a more inclusive and welcoming beer scene for the LGBTQ+ community in Colorado with projects like the Makin’ Noise series, which she co-founded with brewers, Bess Dougherty, as well as through various events at Goldspot like their Big Queer Beer Fest.

Another iconic cause-driven event, Queertoberfest, returns this weekend. Queertoberfest invites similar-minded breweries who have proven to create a safe and inclusive environment for under-represented communities to pour their best autumn-themed beers while also donating a dollar from each pour to the LGBTQ+ and/or BIPOC cause of their choice.

“Community, collaboration, good beer and good friends is what craft beer should be all about and getting some of the best breweries in town to gladly show up for this and raise a bunch of money is just the best,” explained Heiber, who we noted last year, recently joined Betsy Lay of Lady Justice Brewing as a minority group of gay women brewers who also own and operate their own breweries outright.

This year’s Queertoberfest takes place Saturday, October 22 beginning at Noon. The event is FREE to attend with $1 from every beer sold going to BIPOC or LGBTQ+ charitable causes.

Big Beers Announces the Return of their Homebrew Competition

While the iconic Big Beers and Barleywines festival has already announced the postponement of the 2023 edition of their commercial tasting event, it seems one aspect of the renowned alpine beer event will be returning. The Big Beers team announced last night that its Homebrew Competition would return this year with entries being accepted beginning November 5th, 2022 running through December 4th. Entries will be accepted at Dry Dock North with additional drop-off points across the Front Range being announced in the coming weeks. For more details visit the Big Beers website. 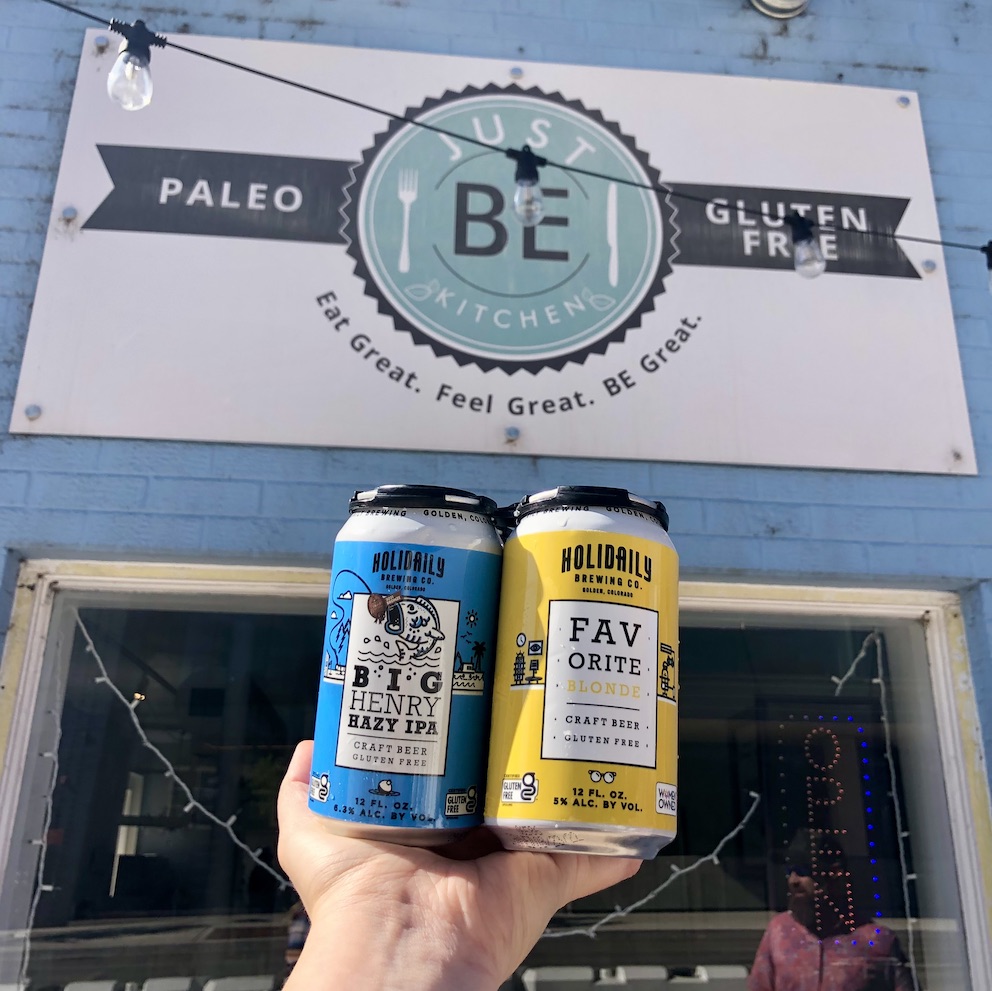 Colorado’s Holidaily Brewing continues to serve as a trailblazing producer of gluten-free beers both locally and nationally and they certainly haven’t slowed down. In addition to a 10,000-square-foot brewhouse expansion in an adjacent building to their Golden brewery and taproom, Holidaily also recently opened a 2,600-square-foot brewery and taproom in The Landmark entertainment center of Greenwood Village. That move brings their production capacity to approximately 10,000 barrels a year and elevates Holidaily as the largest fully gluten-free brewery in the country. All of that comes along with a recent silver medal at GABF in the gluten-free category for their Buckwit Belgian Witbier.

Now they’ve announced a partnership with local gluten-free restaurant Just BE Kitchen, which will open a second location as part of Holidaily’s Greenwood Village location. As the only Whole-30 approved restaurant in the state of Colorado Just BE Kitchen will continue to serve up traditional comfort foods and convert them into anti-inflammatory,100% gluten-free (and top allergen-free) dishes. 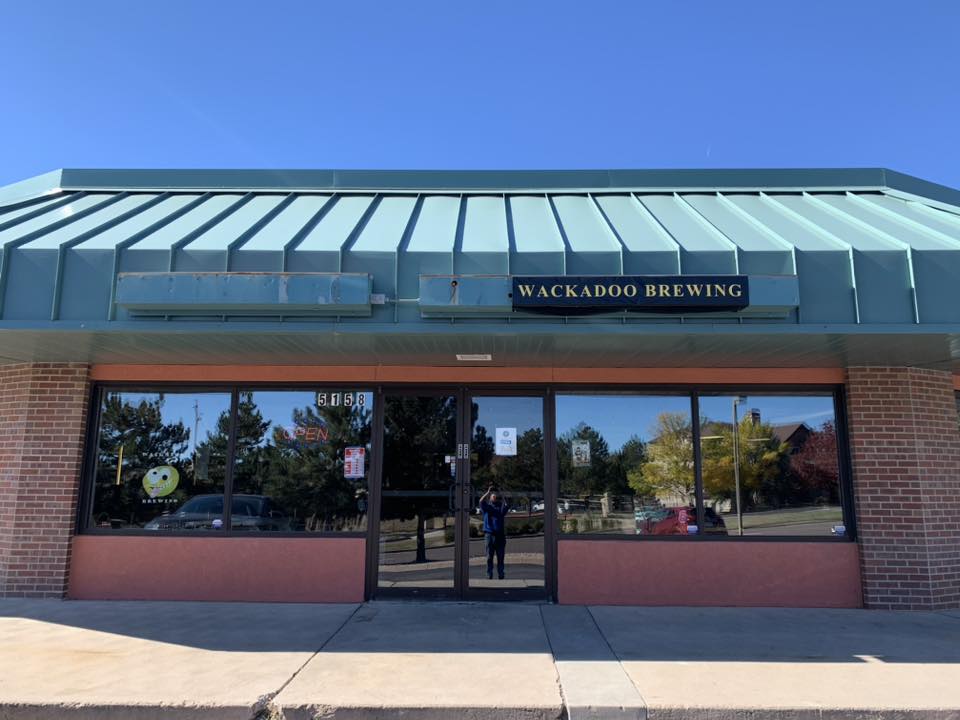 The Colorado Springs beer scene adds another to its growing lineup. Wackadoo Brewing has announced that it will be opening this Friday in Colorado Springs. Their opening lineup will feature a wide array of fun experimental styles including everything from a New Zealand Pilsner to a Key Lime Amber, but it also sounds like they’ll be participating in the Brave Noise Hazy IPA collaboration started by Brienne Allan that with aims to promote discrimination-free beer industry while also raising money for a non-profit organization that shares similar ideals. Wackadoo also plans to feature two seltzers and an NA beer to start showcasing a truly diverse lineup for their opening weekend. 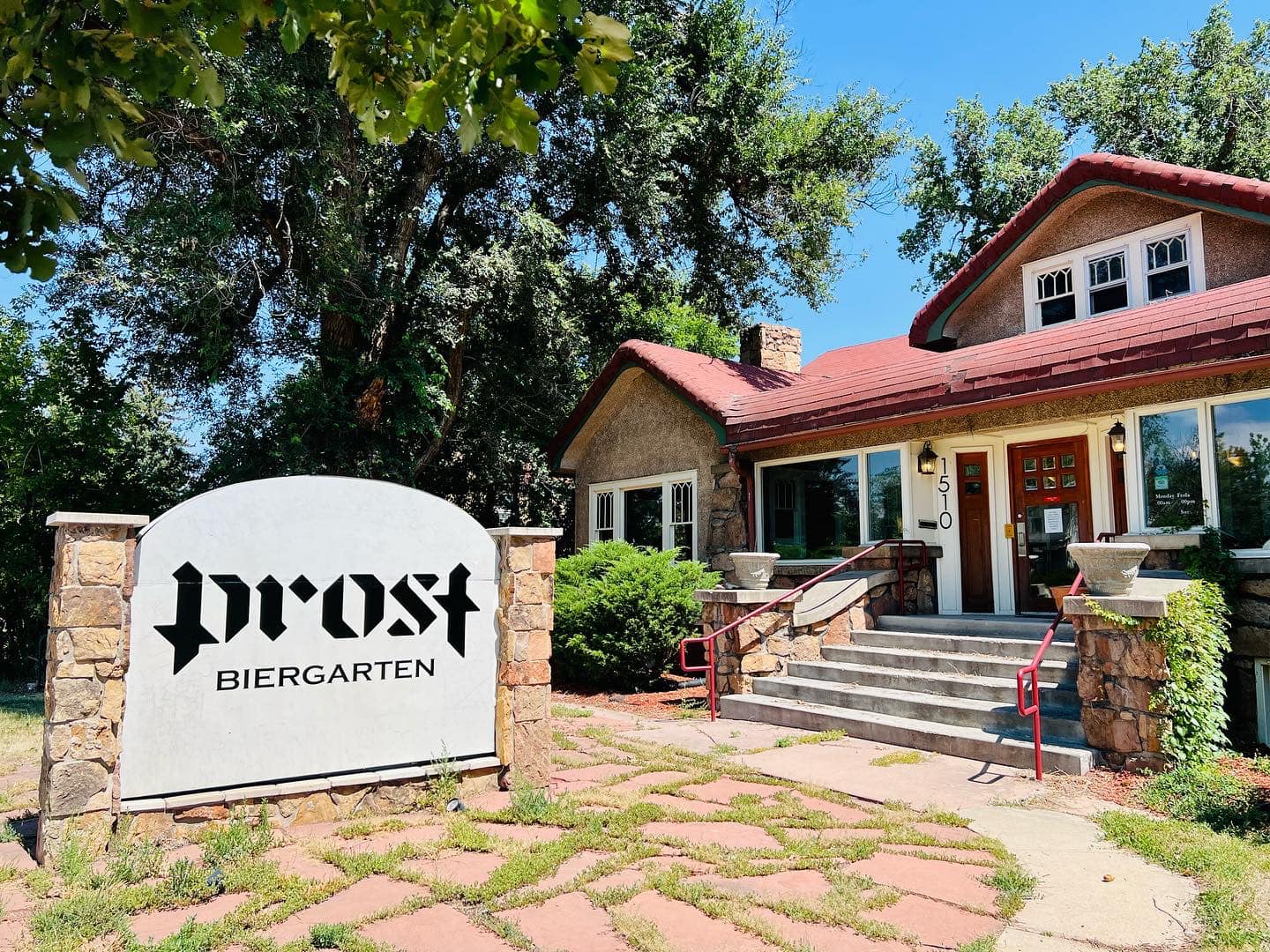 Meanwhile, Prost Brewing continues to make big moves. After opening a massive corporate headquarters, production facility, taproom, and Biergarten in Northglenn earlier this year, the German-inspired brewery will re-open its Fort Collins taproom in a new location later this month. Earlier this week Prost announced that it will re-open its Fort Collins outpost on Monday, Oct 24, with a grand opening party Saturday, October 29.

For more on Brewery Openings and Closings be sure to follow Colorado Beer Geek. 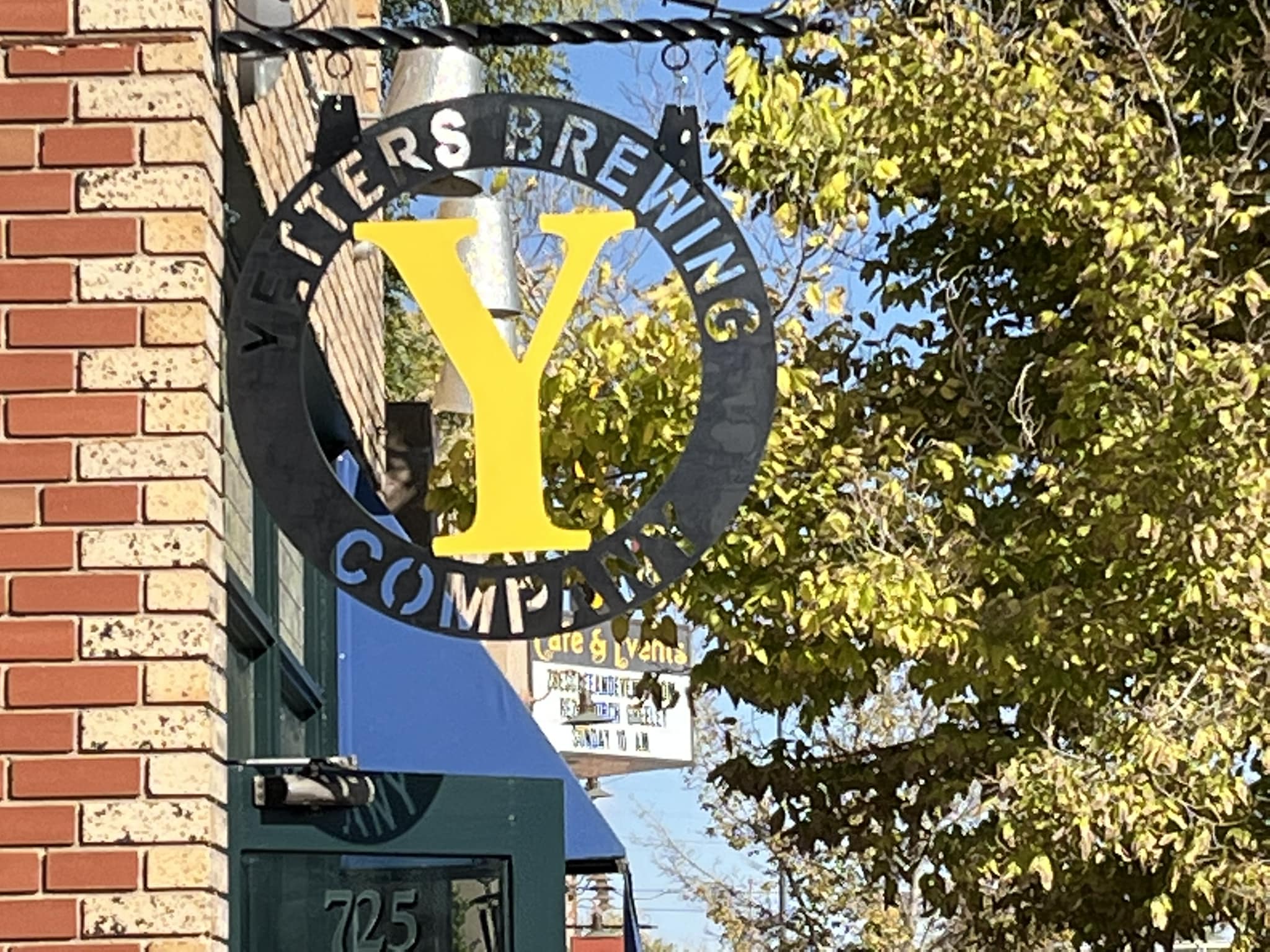 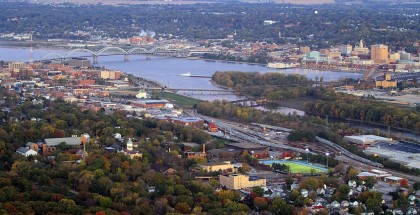 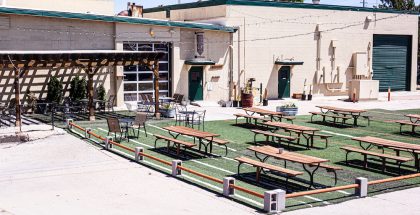