Unibroue beers are juxtaposed with history and mythology. In an important way, the juxtaposition is quite literal; the bottom refermentation process that most of its French Canadian beers undergo produces a look and style that defies modernity. These unfiltered beers are a refreshing alternative to both the sterility and uninteresting nature of your local Safeway favorites, and one note style-box beers. Maudite is no different. It’s murky look and yeasty odor inspires curiosity. Part of it, I’ll admit, is bias. Its compatriot, La Fin du Monde, is one of my personal go-tos. And with a name that translates literally as “the Damned,” there are plenty of reasons why this beer deserves a pour. 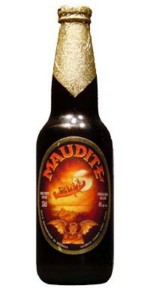 Rather unfortunately, Maudite has not yet reached legendary status. Although it has a strong amber, caramel color and rich, creamy head, Maudite’s murky appearance has become reflected in its flavor. The yeasty and unfiltered taste comes across as both muddled and immature. Maudite has simply not been given the time to develop a clear flavor profile. As a result, it has yet to develop its “raison d’etre.” It’s less “a curse,” as its legend would suggest, and more an adolescent.

I think we see this from time to time from brewers who view unfiltered beers as a style, rather than a technique. There is a fine line between giving a beer the time that it needs to develop an identity and rushing it under an auspice of wild and unfiltered flavor. So while I appreciate Unibroue’s approach to brewing, an approach that usually connects with its drinkers, I think that Maudite’s reality doesn’t live up to its potential. 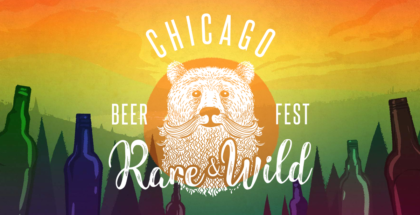