“Great American Beer Festival brewery confirmations will mail this week. With competition capacity filling so quickly this year, we’ve heard from many of you and have discussed ways to improve the registration process next year. Here is a snapshot of where we stand for 2013 and an overview of how we plan to handle registration for GABF 2014.

Actions taken this year to address the issue include:

2013 Competition: Our 2013 annual plan called for a 7% increase in competition beers being judged. After registration closed and in recognition of the higher-than-ever demand, we moved quickly to find a way to increase the number of beers (and judges) in the 2013 competition by 200. As a result, 4,875 beers will be judged in 2013, which represents 12% more beers being judged in the competition than in 2012, and five percent more than originally planned for in 2013.

2013 Festival Hall Booth Space: Once capacity for the competition filled, eligible breweries on the wait list were offered a festival booth space. As of July 30, 616 breweries will pour 3,087 beers in the hall. That’s 11% more beers than in 2012, and note that this number does not include guild or special event beers.

2014 GABF Brewery Registration Process
The Brewers Association takes very seriously the “race to enter” registration issue that has resulted from a rapidly growing number of breweries along with increasing interest in the competition and festival. Since registration closed this year, we have been working to address this issue by devising a plan for 2014 that aims to eliminate the “race to enter” problem for future GABFs.

The 2014 GABF brewery will remain open for set number of days, and all interested breweries may enter the competition. The number of beer entries allowed per brewery will be based on doing the math of the number of breweries that registered during the sign-up period and the pre-determined capacity of beers that we can successfully judge that year.

Here is an example to illustrate:
*Total number of beers that can be judged = 5,000
*The registration period lasts (is open) for two weeks; no clambering to enter during one short time window
*Total number of eligible breweries that apply = 1,000
*5,000 beers / 1000 breweries = 5 entries per brewery
*Thus in this scenario, the competition would accept the first 5 entries from every brewery that entered
*Let’s say 2,500 breweries entered instead of 1,000: in that case, every brewery could enter 2 beers in the competition. The math would work like that for whatever number of breweries entered (Max. capacity of beers that can be judged – divided by – number of breweries entering the competition)
*Festival booth space would be handled separately

As you can imagine, many important details remain to be worked out, but we believe this 2014 GABF brewery registration plan represents a solid start toward an increasingly fair and accommodating competition for the future.

Thanks so much for your continued support.”- Nancy Johnson, Brewers Association

It’s not often that an organization as the Brewers Association is willing to take it’s constituent’s suggestions to heart.  This is definitely a step in the right direction to allow more parity and allow for more breweries to feel included in the ever growing event. A tip of the hat to the Brewers Association to address a growing issue, perhaps we’ll see an overhaul in ticket sales as well? One can only hope! 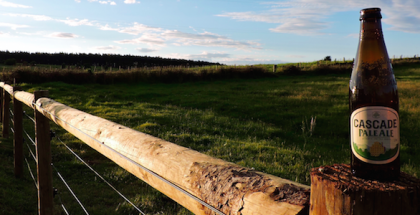