Welcome back to the delicious world of beer and food! We have attempted to keep the intensity of the wild/sour attributes scaled back through these first couple weeks, but now it’s time to take the training wheels off for those of you new to these types of flavors.

The homeland for the brewing and fermentation styles we are showcasing this week is West Flanders, Belgium. Between Flemish Sour Reds in West Flanders, Oud Bruins in East Flanders, and Lambics around Brussels, Belgium is truly the beer mecca for sour/wild fermentation. There are accounts of brewers and blenders experimenting with spontaneous fermentation methods dating back to the mid-16th century.

While we are working with beers that are relatively easy to find in the sour world, there are benchmark examples that are much rarer but are the pinnacle in representation of this history, including Cantillon, Drie Fontein, Hanssen’s, Rodenbach. A tour around the Cantillon brewery in Brussels, for example, will allow you to see the cobwebs growing all over the barrelling cellar. The cobwebs are indicative of what the breweries want, which is for microbes “infecting” the cellar to retain the traditional brewery flavor.

The Flanders Red Ale Style is a complex, medium-bodied Belgian-style ale also containing qualities of a well-aged red wine. The fruit forward style can include flavors of black cherry, plum, orange, and red currant. The barrels that carry the microbes which sour the beer also impart subtle vanilla undertones.

Brouwerij Omer Vander Ghinste summarizes the Cuvée des Jacobins Rouge as a “Flemish Sour Ale, red in color with a beguiling balance of malty sweetness and acidic sharpness. It is made from spontaneously fermented and barrel-aged beer of at least 18 months in age. The beer is cooled overnight in a large, shallow metal vessel called a coolship and then fermented and aged in large oak foders which are made in France and assembled on-site at Bockor.”

The essential components of any dish are salt, acid, fat, sweetness, and crisp/crunch. When evaluating a dish, a chef will assess the balance of those elements to determine the success of the plate. Playing with the balance between opposing forces when pairing your beer is equally important, and this week will be a play on salt and fat vs. acid and sweetness. Pairing the salt and fat of a juicy pork tenderloin against the acid and residual sweetness of the Jacobins provides balance to the overriding character in the pork, which is the dominant character of the dish. 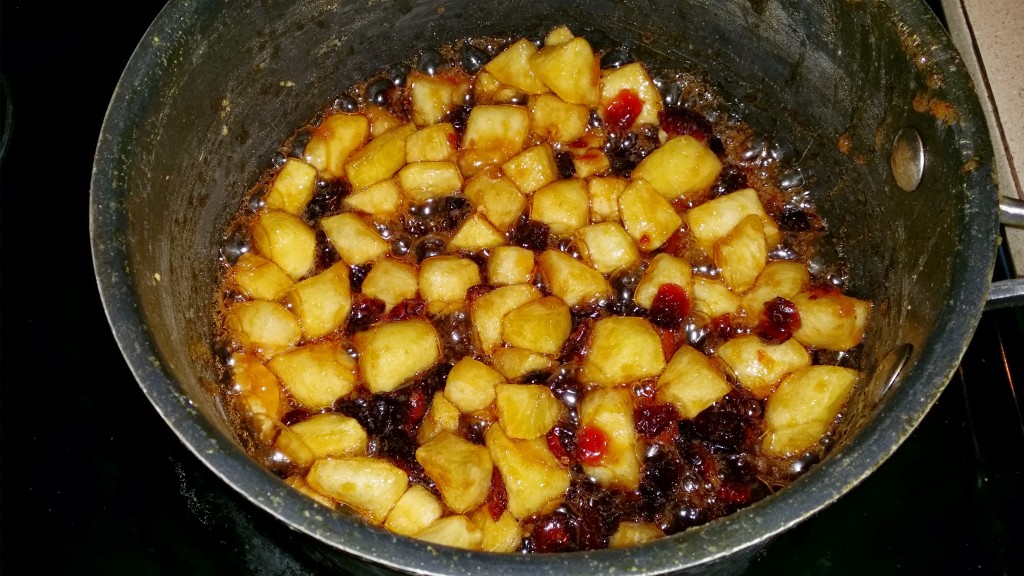 The next step is preparing the marinade ,which the pork can marinate in for a period of 4-8 hours. 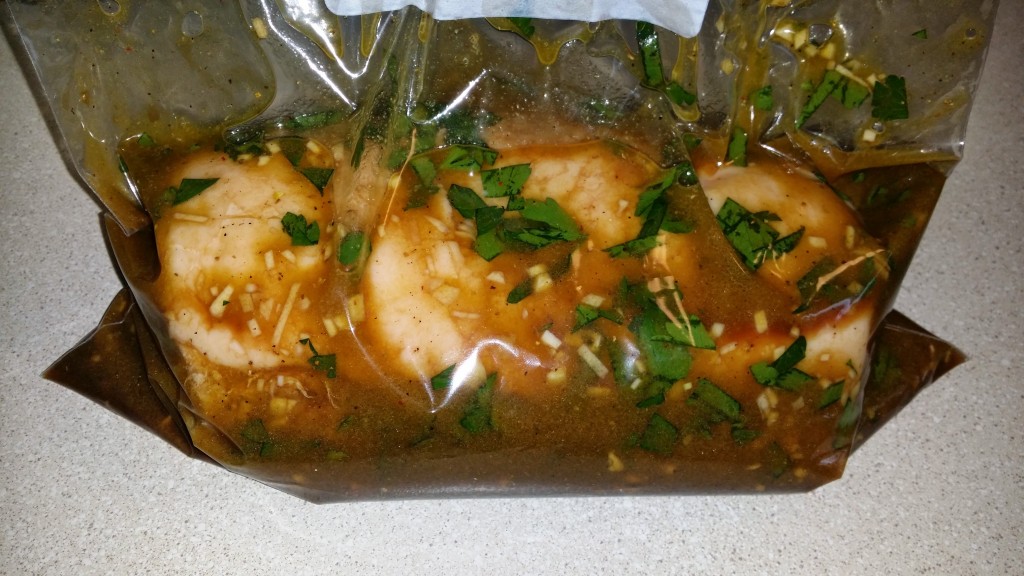 Start by making the marinade in a large resealable bag, then add the pork loin. Leave in the refrigerator until ready to cook. When cooking the pork loin, save the marinade, as it will be used for making a pan sauce. 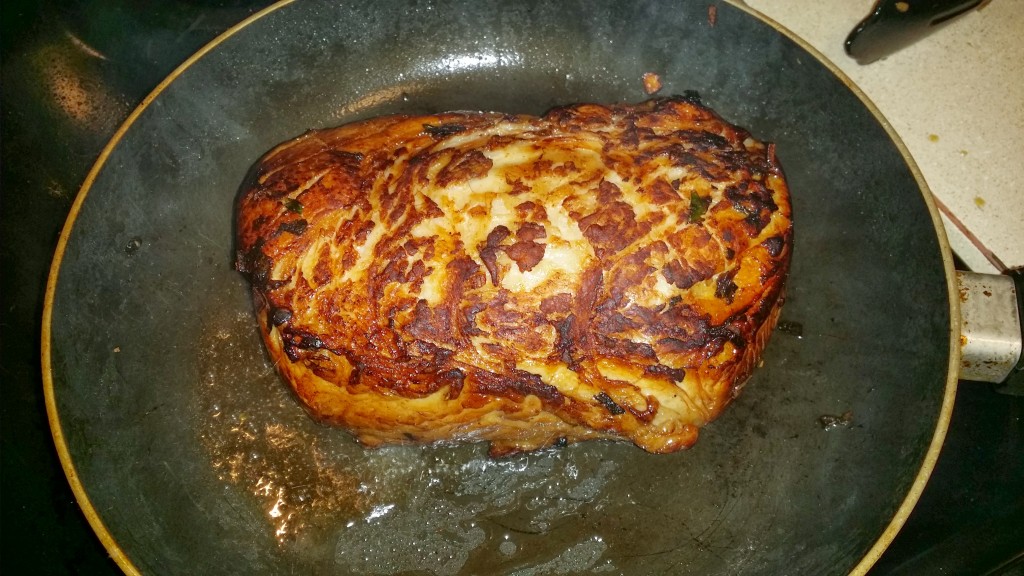 The loin is first seared on all sides, including the ends, at medium-high heat, then placed on a rack in a shallow pan with 1 cup of chicken broth at 350 degrees. Cook for 30-40 minutes or until the internal temperature reaches 160 degrees. When the pork is ready, cool for 5 minutes before slicing.

For the pan sauce you will need:

15 minutes before the meat is finished cooking, bring the reserved marinade to a boil, then reduce to a low boil for 10 minutes. Add broth to the pan the loin was seared in up to med-high heat and strain the boiled marinade in. Then, after it comes to a low boil add the butter and stir in until melted.

To bring some texture to the dish, we will be oil-blanching sweet potato fries and making a quick and easy honey mustard sauce for them. The process of blanching in oil begins by first frying 1/2 inch cut fries at 325 degrees for 5 minutes to soften the inside of the fry. They are then cooled and patted dry while the fryer is heated up to 375 degrees. When the fries are re-submerged into the warmer oil for another 5 minutes, the higher temperature cooks the starches differently and crisps up the outside to give them the crunchy texture.

For a quick and easy homemade honey mustard sauce you start with equal parts:

Mix the ingredients, then adjust to match personal preference.

As previously stated the rich, juicy, umami aspects of the pork are the perfect counterpoint to the acidity of the beer, which is amplified by the chutney. Another balancing act at play is the umami contrasting against the sweetness in the beer and the honey mustard. 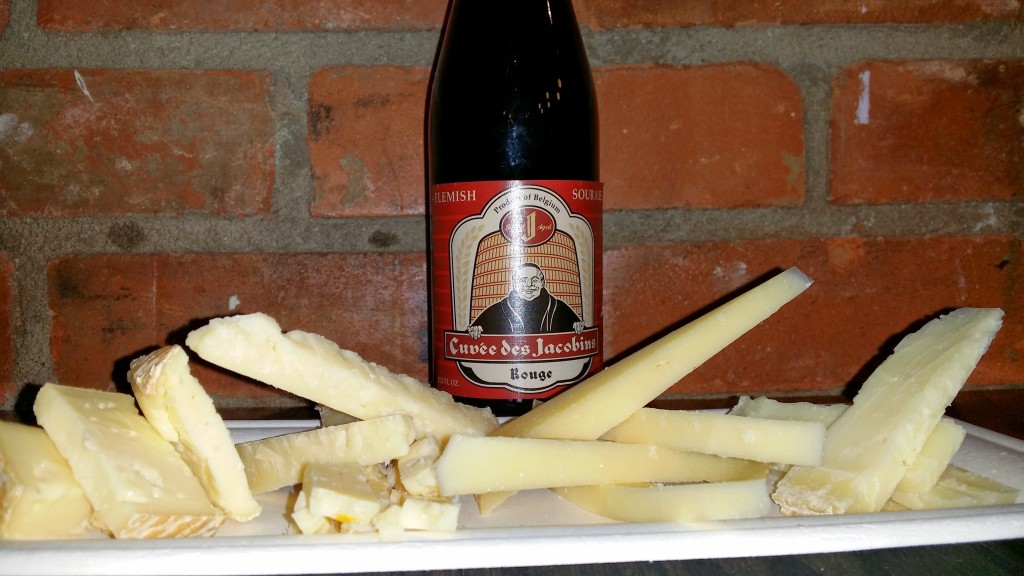 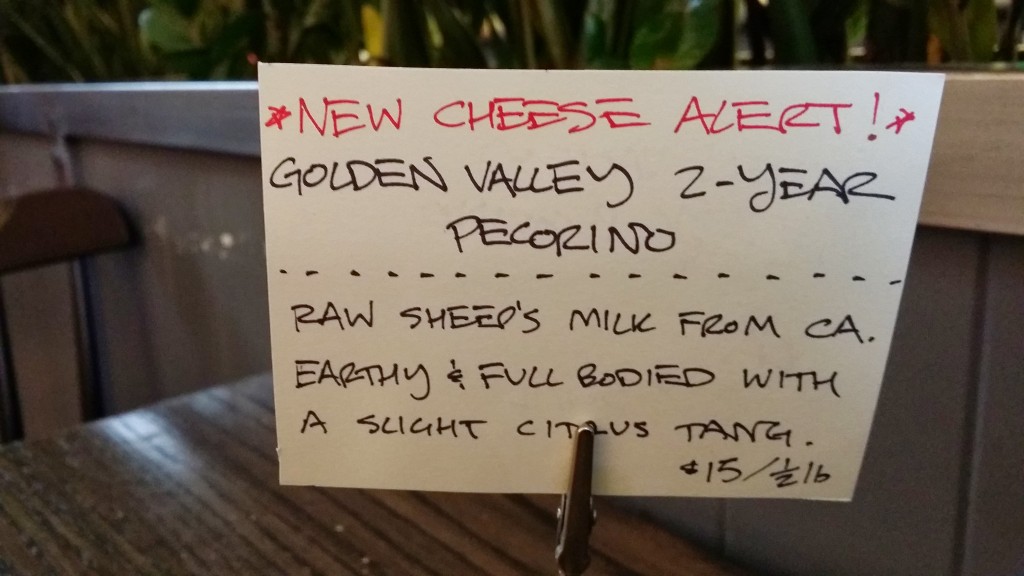 Looking for a similar salty umami profile in the cheese for the main pairing, we found the Garden Valley 2 year Pecorino from Garden Valley farms in Chowchilla, CA. The extended aging concentrates the salt and deepens the nutty flavors for a rich butterscotch finish. An exciting pairing, as your palate takes a ride from a solid acid backbone to a sweet toffee completion!

A bittersweet ending to our sour/wild month is approaching next week. Don’t forget, if the acid feels a little overwhelming, you can always grab a couple TUMS. Join us for the wonderful conclusion to the month for some Mascarpone Cheesecake. Don’t forget to keep trying new things and have fun. Cheers!