Since I’m originally from the Midwest, I pride myself on being able to withstand harsh weather – frigid winters and humid summers are the foundations of even my earliest memories, and I recall those glory days bravely and often. However, after three summers in Seattle, I’m beginning to turn into a bit of a weather wimp, and once it hit 80 degrees for the 10th day in a row I started to get that antsy, uncomfortable feeling that had previously only plagued me after a month of 95 degree, 90% humidity days in the Midwest. It was time for a beer.

I sweated my way to the local grocery store and picked up a six-pack of Elysian Brewing Company’s groovy summer seasonal, the Superfuzz Blood Orange Pale. Its label instructed me to “free [my] mind, and the beer will follow,” which felt like a promise to get me out of my “suddenly I’m a Pacific Northwesterner” funk.

The beer pours a very hazy orange with a fine, white, lacy head. Scents of sweet caramel mingle with a bitter orange and a husky, malty scent, reminiscent of burnt corn. The taste follows the scent, starting first with a short, sweet burst followed by crisp orange and a touch of wheat flavor. It ends with a bitterness that reminds you why the phrase “blood orange” is in its title and includes hints of grapefruit with some floral hops. There’s a tingling freshness that lasts throughout the entire sip, which I found to be incredibly revitalizing. The finish is strong and bitter and includes a moment of hoppy chewiness with each sip.

If that isn’t enough for you PorchDrinkers, I’ll end on this note: this beer was a refreshing reprieve from the Seattle heat, so it’s bound to help those of you in the muggy Midwest as well. 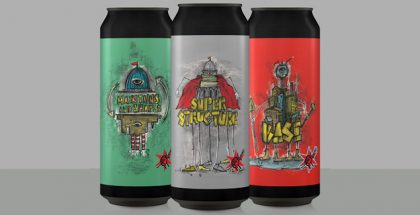 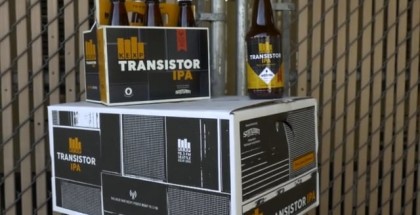