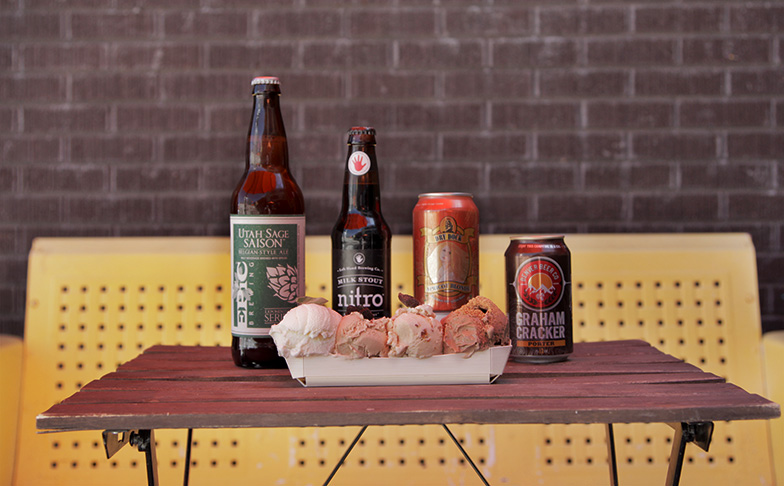 They  will be scooping specialty flights featuring: 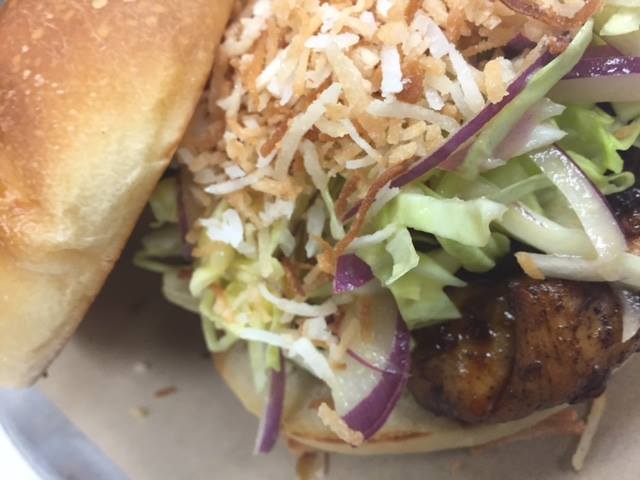 This Week’s Artisan Sando is: Jamaican Jerk Chicken, Rum/ Molasses Glaze, Pineapple/Jalapeno Slaw and Toasted Coconut on a Griddled House Roll! Pair a $2 Craft Can Night with this sandwich from 5 p.m. to close 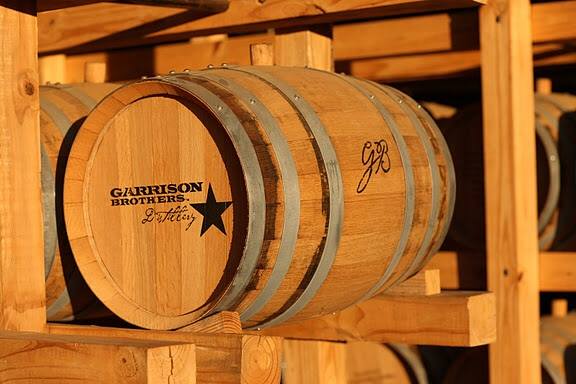 Join Strange Craft Beer Company at Berkeley Untapped for a very special tap takeover! Berkeley Untapped will be tapping four Strange Craft beers including the collaborative ale of the two companies, a Russian Imperial Stout aged in Garrison Brother’s Bourbon Barrels. This beer will not be sold ANYWHERE ELSE, so get it while you can!

For one $20 ticket, you will receive four 5oz samples of Strange Craft beer, along with cheese pairings by Joe @ “The Truffle Cheese Shop” for each brew. Food Pairing Starts at 6:30pm.

There will be a director’s cut screening of two locally-produced favorites: “Crafting a Nation” and “Beer Culture” and there will be a Q&A with one film Producer, Courtney Cobb (she’s also an Upslope employee!) and Upslope Founder, Matt Cutter. While you watch the movie you’ll also enjoy 4 specially designed beer and popcorn pairings. Yum! Tickets ($15) can be purchased online here.

Refreshing pours will be happening throughout April as Beryl’s releases delicious brews each week. On Thursday, Beryl’s will be tapping their third brew of the month! Stay tuned to find out which beer that is! #AprilShowersAtBeryls #ThirstyThursday 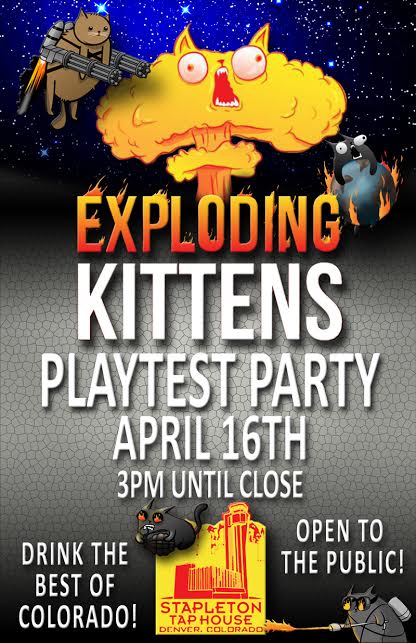 (Those of you that have feasted upon the Unicorn Enchilada or Rubbed the Belly of the Pig-a-corn already know all this and Stapleton Tap House shall see you on the 16th!)

STH have been graciously gifted an opportunity from the Lords of The Oatmeal to share their ‘caterific’ card creation with the world!

Unfortunately they are not mobile, so you’ll have to go play with the Stapleton Crew at the Tap House! Which means some great #ColoradoCraft beers (only for the 21 and over guests, of course) AND #explodingkittens!!!

This will be a free event open to the public. Stapleton Tap House will be playing ALL DAY long from 3pm until we close that evening. STH will be using the normal deck from 3-6pm and then unveil the NSFW deck at 6pm! See you on the 16th. (I know because the Mantis Shrimp that lives in my nightstand told me so!)

This was inspired by the “English man” that High Hops Brewery has working with them. It is a brew made in the fashion of a proper cup of English breakfast tea. Brewed with strong black teas and finished with lactose it is sure to tickle your fancy Gov’na! 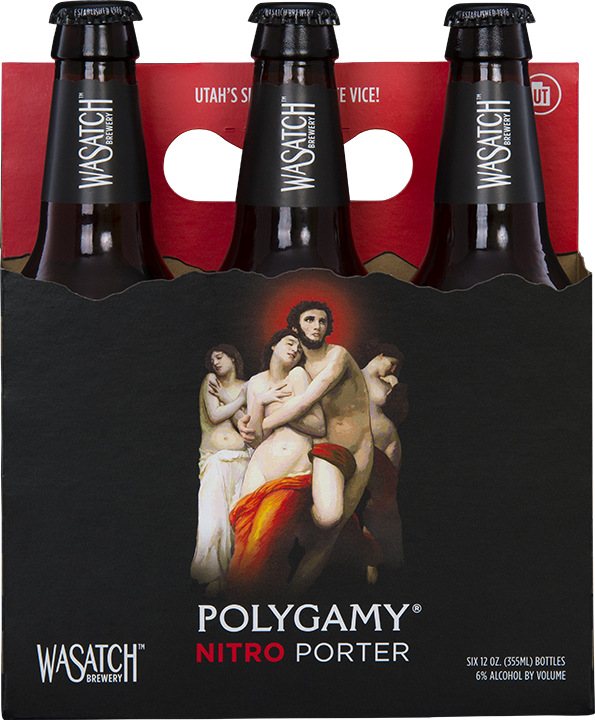 Wasatch Brewery has bottled nitro with its new release of Polygamy Nitro Porter, making it the second brewery in the country to finesse a bazillion tiny bubbles into a bottle. This nitrogenated Porter is six percent ABV, soft and creamy, and will be officially launched April 16 at World of Beer in downtown Denver.

POLYGAMY NITRO PORTER – She’s on Nitro! Meet the sister-wife of their classic brew. This nitrogenated version is as chocolatey and easy drinkin’ as the original but even softer and creamier. It’s OK to love them both.

Join in at THE TASTE, the foodie event of Northern Colorado. Enjoy samples of unique cuisine prepared by local chefs from 30 restaurants paired with flavorful wines and craft beers from 20 beverage purveyors. Celebrate the area’s fabulous food and beverage culture while helping fight hunger in the Fort Collins community. General $65, VIP $100.

Last year, the Food Bank for Larimer County served nearly 36,000 individuals, including seniors, young families, children, veterans, students and others in need of food assistance. They provided enough food for 7,431,680 meals. They prepared 172,590 meals and 188,105 snacks for kids at risk of hunger. 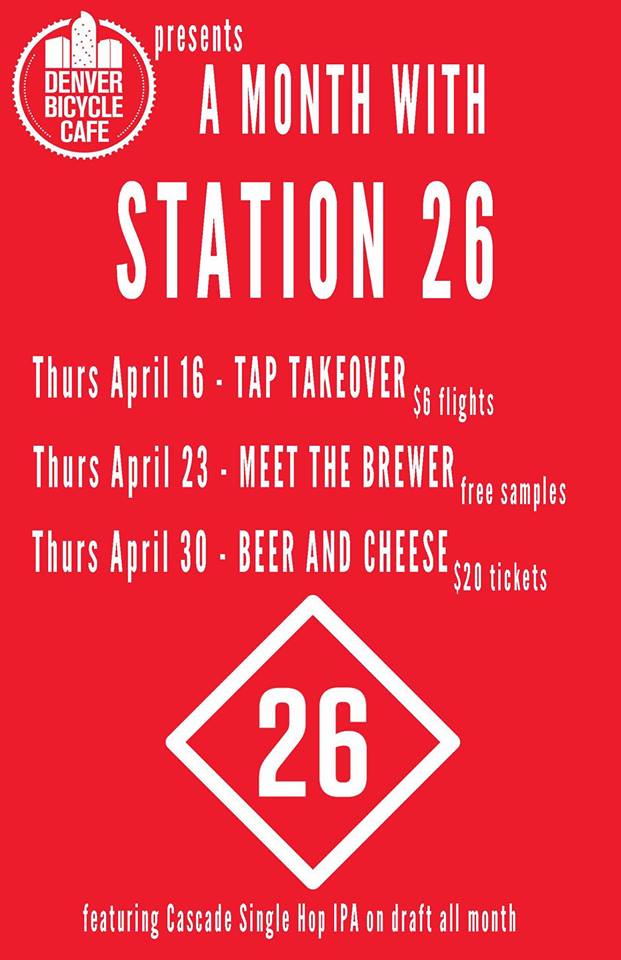 Fleak Out! With New Belgium & the Denver Flea This Weekend @ Bindery on Blake (RiNo Arts District)

The 2015 Denver Flea season will jump start with an evening bash to kick off the summer on Friday, April 17th from 6pm – 10pm! With limited tickets available, the Flea Kick-Off Party will give guests first chance to shop and meet with 100+ Vendors. And there ain’t no party, like a FLEAK OUT party! Tickets include bottomless adult beverages, live music, and Room & Board surprise giveaways. Come meet your ‘maker’ and kick off 2015 with the Denver Flea! (Tickets will be $30 day-of, so buy now!)

The next day, on Saturday, April 18th, Your coolest friend’s favorite market (that’s the Denver Flea) returns with a full day of shopping, beer drinking, food eating, music listening and more FLEAKIN’ good times! And best of all…it’s FREE! Need more? Just RSVP for a free New Belgium craft beer and a chance to win a New Belgium cruiser bike! We Denver PorchDrink’ers excited to kick off the 2015 Fleason with you. Come join us in celebration of Denver’s creative community! 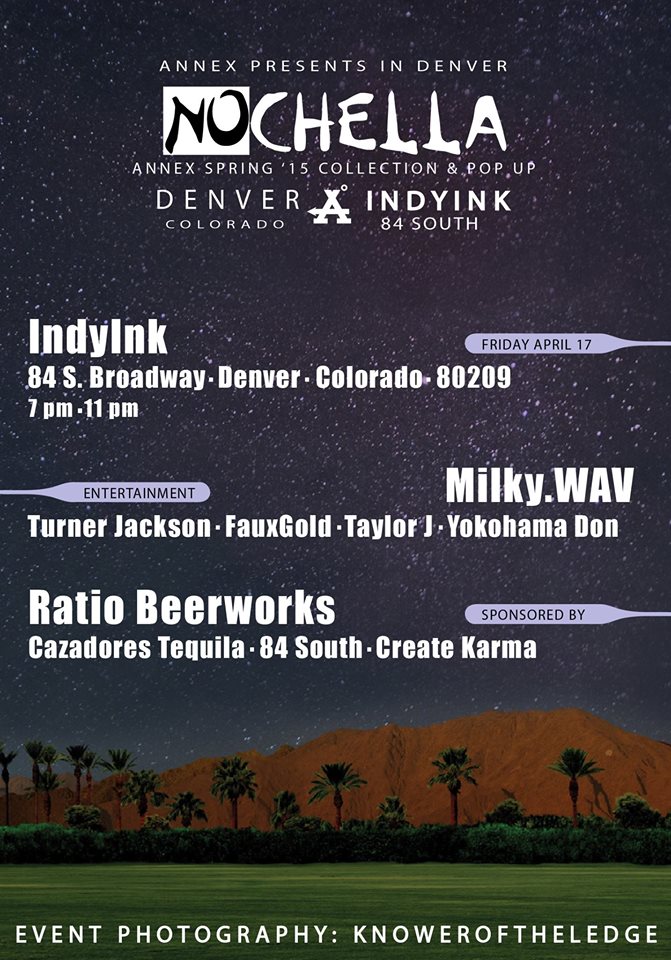 “NOCHELLA” Join the Annex as they celebrate the first release of their S/S 2015 Collection. 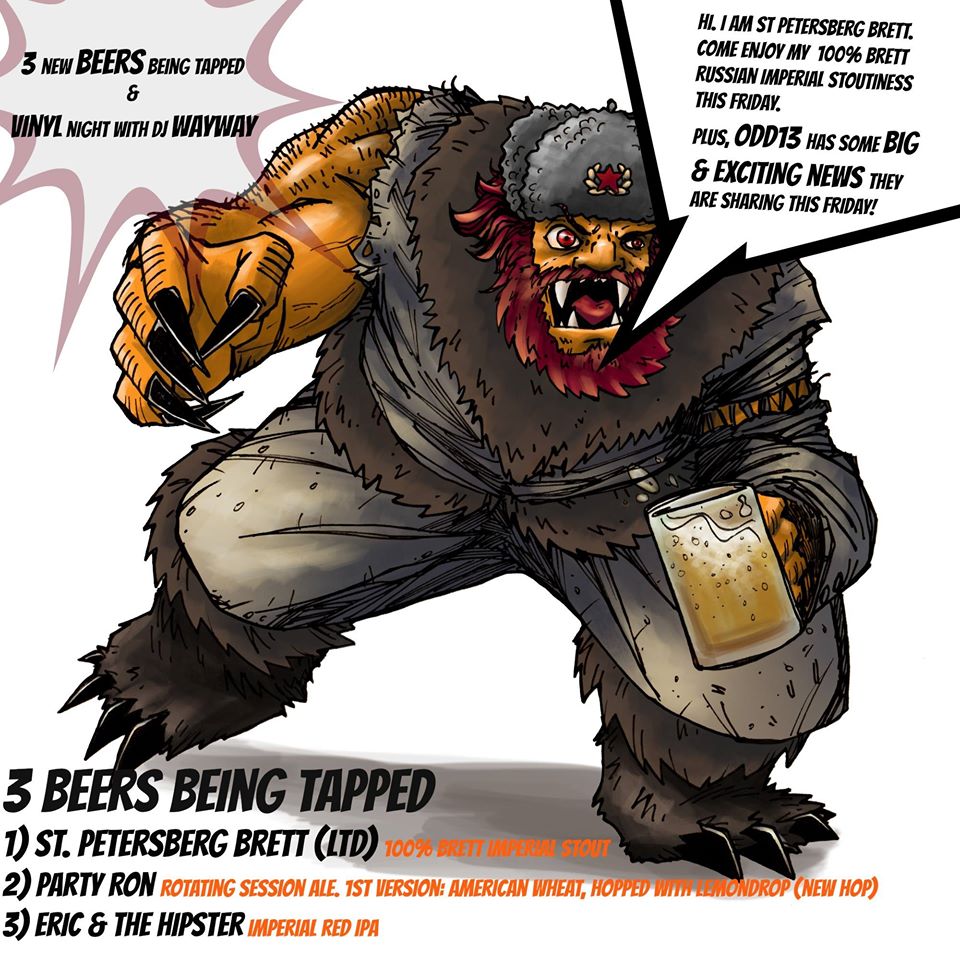 Odd13 has an exciting Friday evening planned for you! Mark it on your calendars, and tell your friends.

Odd13 has some exciting news that they will announce at 7pm on Friday. Plus they are tapping 2 NEW BEERS and 1 AMAZING LONG LOST BEER!! Be sure to check them out. They are delicious and won’t last long. Plus, DJ WAYWAY will be in the house spinning vinyls. Bring in some vinyls and get happy hour all night!!

Grab your friends, your vinyl, and a pitcher of Party Ron! 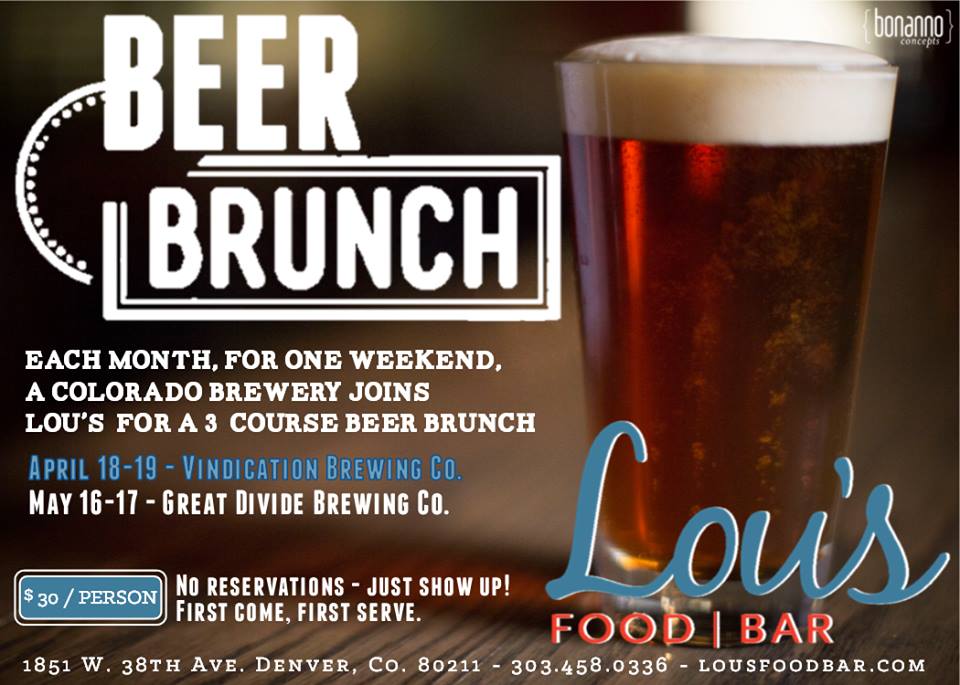 Join in for the 14th annual Southwest Arbor Fest & Craft Beer Expo. Get your taste buds into action with the chili and salsa competition. Taste a wide variety of craft beers. Entry fee includes Commemorative Glass and Unlimited Beer Tastings. All ages can visit the arts and craft booths, enjoy live music, experience the amazing touch-a-truck, enjoy yummy food, and have fun! $20 per person.

A day of crawfish boilin’ with Station 26 and the Rolling Smoke BBQ boys and live music that would make the bayou proud. Admission is free, crawfish are priced by the pound. Market price TBD.

Please RSVP so they know how much live crawfish to fly in!

On Saturday, April 18th, from open to close, Former Future is hosting a benefit for Adoption Options. 100% of all tips and a portion of profits are being donated to them 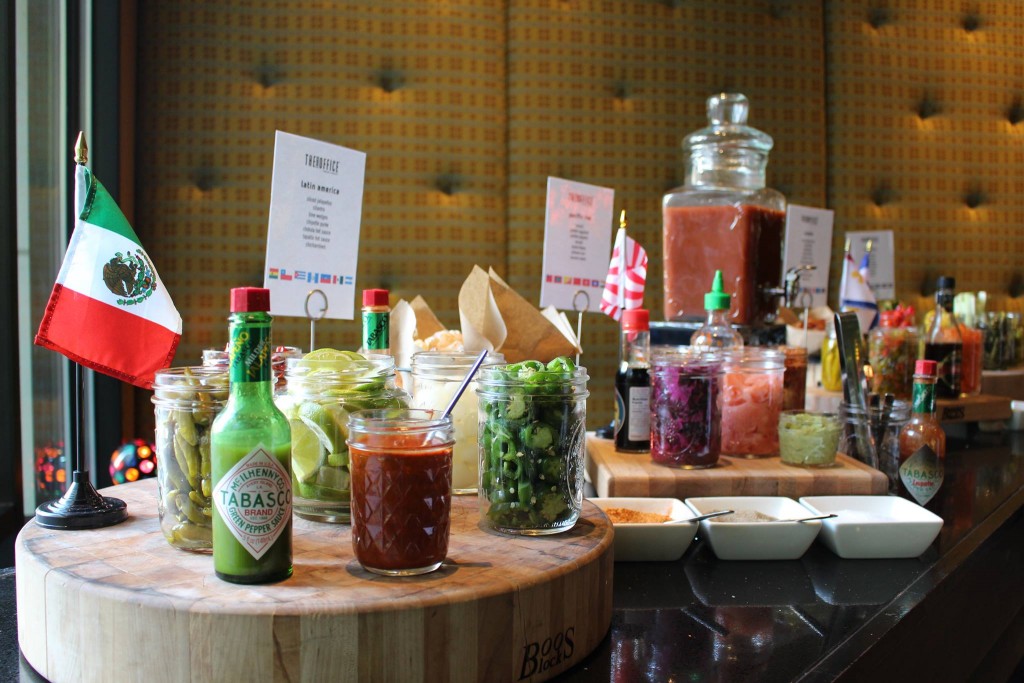 Tickets are $25 and include run, entree, two drinks, tax and gratuity. Ticket price increases to $30 at the door. A dollar from each ticket purchased benefits Metro CareRing.

Tectum et Elix, a sour ale aged in Cabernet Sauvignon barrels, kicks off what Avery is calling “Sour Spring”. Founder and CEO Adam Avery says Tectum et Elix is hugely different than any sour Avery has made before. “Rather than using our house strain of Brettanomyces, we used multiple Brett and Saccharomyces strains, which created a much funkier beer. It’s earthy, it’s rustic, and it’s delicious.”

Avery will release Tectum et Elix this Sunday at their new brewing facility in Gunbarrel. They will be offering a 4-course menu paired with barrel-aged beers. 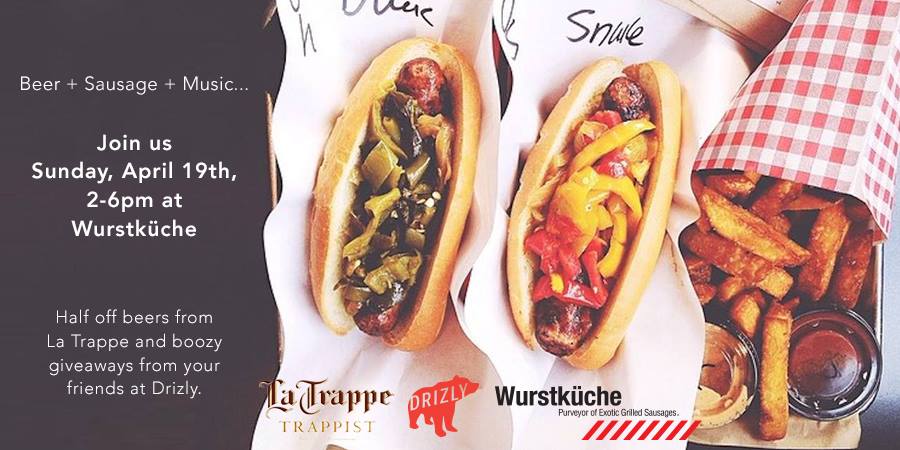 Join Drizly in celebrating the opening of Wurstküche, one of Denver’s best new restaurants and beer halls. Drizly will have half priced beers from our friends at La Trappe, great music, and plenty of boozy giveaways! 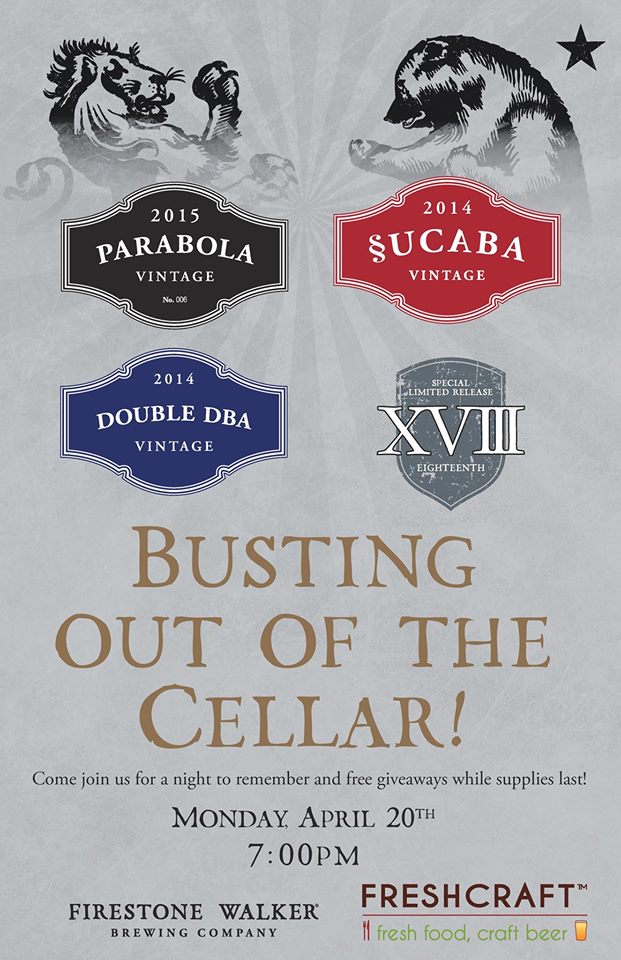 Come join Freshcraft for an awesome night with Firestone Walker. Brewery reps will be on hand with free giveaways. See you Monday!

Highland Tap & Burger has a completely overhauled bottle and can list.  After months of carefully piecing together several of the world’s most distinguished beers with some of the newer, exciting styles coming to the market (many from our incredible state of Colorado), HT&B formulated something more than a beer selection.

Their new beer and beverage menu is designed in a way that will lead you and guide you through their offerings based on complexity and boldness. It is not limited by style. Each category is defined in correlation to the elevation of Colorado. Starting with the “Grasslands” comprised of the most light and sessionable beers; then, gradually building to the “Fourteeners” the most multifaceted and exciting beers. 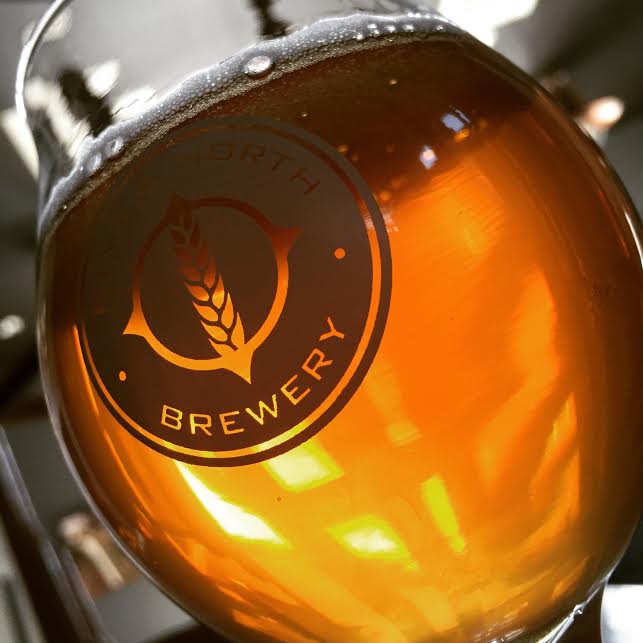 “Sour beers have always been a passion of ours, and this delicate, refined brew soothes our cravings for all things tart,” Founder and Head Brewer Matt Hess said.

Bright and refreshing, Ketill bursts on the taste buds with a pleasant acidity, stealing your low-pH craving heart. Look for Ketill (“kuh-teel”) on tap at the finest bars and tap houses in Colorado in the next few weeks. This first batch will be a fleeting draft-only release, but now that River North has nailed down a base beer, it opens the door for further sour projects down the line.

The Crafty Fox is just a block away from the planned 41st and Fox light rail station along the RTD’s Gold Line. The new line will run from Wheat Ridge through Arvada and to Union Station, giving The Crafty Fox access to people outside the immediate Highlands area. The RTD plans to have the new line up and running in 2016.

Today is Double Stamp Tuesday! And their cooler is full of yummy beer. Plus Saison 4-packs! You can receive a stamp (or two on Tuesdays) for a 4-pack, but you can only redeem a full stamp card for a 750ml bottle.

Get a FREE BEER from Odyssey Beerwerks when you buy a growler fill. Offer good all day on Tuesdays. Also enjoy Happy Hour 3pm to 5pm.

Keep the Glass night! Every Tuesday for $10 you get an artist series glass (10oz) and three fills (under 8% abv). Every month (or while supplies last), Our Mutual Friend will feature a new artist. Support local art and local suds!

Swing in every Tuesday night for the ‘Tuesday Night 23.’ You get two drafts and a two topping 18″pie for $23 bucks. Fuck yeah.

Each Tuesday, Crooked Stave will tap a specialty keg in their taproom. Look for whacky fruit combos, dry-hopping or special barrels with these gems.

Hello Crafty Ladies! Highland Tap and Handle are excited to host Former Future Brewing for the month of April. Former Future was started by one of the up-and-coming Crafty Lady celebrities in the Denver scene, Sarah Howat! The event will be held at Highland Tap on April 21st from 6:30-8:30pm.

To purchase tickets for April 21st, use the eventbrite link here.  You must be 21 years of age or older to participate in this event.  Free parking is available.

Fermenting Future Events That Are Tapping Soon As All Get Out . . .

Did we miss any events in this week’s Denver Beer Beat? Let us know by emailing us at
Cory {at} PorchDrinking {dot} com. 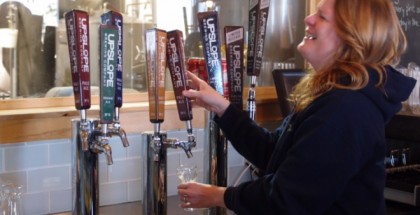