As summer comes to a close and we make our way into fall, one thing becomes more imminent than anything: FOOTBALL. And what better way to celebrate the advent of a new season than with some brews? As a native Clevelander and lifelong Browns fan, I know the football season brings with it a roller coaster of experiences spanning across a wide spectrum. So, in anticipation of another grueling season, I present to you the 6 Stages of Cleveland Browns Fandom, as described by beer.

“Wait, so the Browns drafted interior linemen with 3 draft picks, signed a journeyman quarterback and scourged the bargain bin for wide receivers? Pack your bags, Denise, BECAUSE WE’RE GOING TO THE SUPER BOWL!” From April through August, most Browns fans build up hype for what ends up being pedestrian moves and sensationalized fluff. The NFL Draft is like our Super Bowl, and it’s treated as such. Weeks upon weeks of talk is rehashed to generate even more hype. And what better rocket fuel for your delusions of grandeur can you have than Delirium Tremens? LOOK OUT, CANTON, HERE COMES THAD LEWIS!

It’s July. The sun is out, everyone is happy, and training camp is about to begin. Your favorite players are about to hit the practice field and a brand new season is about to commence. “This is our year!” is a repeated chorus throughout any football town, but even more so in Cleveland. While the mantra “There’s always next year” is a staple for the dismal ends of seasons, excitement and anticipation build for what could be a better year than last. Fans journey to Berea to tailgate and watch practices while in the sweltering heat. And while the mercury and excitement are rising, it’s best to cool down and curb some of that enthusiasm with a Summer Shandy.

“What happened to this guy? HE WAS AN ALL AMERICAN IN COLLEGE! How did he get so bad?” you’ll think to yourself as you watch Justin Gilbert get torched for another 20-yard gain on a 5-yard out route and tears freeze to your cheeks. Just like Natty Light, some players just aren’t the same as they were in college. You quickly realize that what you were enthralled with back then is now the brunt of criticism and a source of shame. Just accept it.

Football season is long. 17 weeks long, to be exact. And as Browns fans, while we go through myriad emotions, a predominant constant is bitterness. By the bye week, your beloved Browns are either settled in the basement of the AFC North, or just hit a speed bump in what looked to be a promising run. Sounds familiar, right? Bitterness in Cleveland is almost genetic. You’re born with it, and you carry it forever. For those not so lucky, Rivertown’s Divergent Sour Ale is a more potable metaphor. Its sour bite is potent at first, but after a few sips, you become more accustomed to it. Welcome to your new life, Browns fan.

Just as you thought the season couldn’t get worse, as injuries mount and the quarterback throws his 90th interception, something shines through when you least expected it. A fumble recovery. A great catch in the back of the end zone. Ben Roethlisberger getting crushed by Danny Shelton. Johnny Manziel showing poise in the pocket. There are flashes of something here. Something… good. Great, even. And you know that if all of those things coalesce at the same time, in the same game, something good can happen. You want it to happen so badly. There’s so much promise. You wait and watch and pray that all of it can come together. There’s always hope. Something good (hell, great) can come from Cleveland.

Have you ever been in Cleveland when the Browns win? There are few experiences like it. The revelry and celebration that commence after the clock runs to 0:00 after a 9-3 nail-biter in the middle of December rival some of the bigger parties you’ll see. And what better way to celebrate than with Cleveland-made Dortmunder Gold – a decorated champion in its own right. Enjoy this while you can Browns fans. Days like these don’t come around very often. So, throw on your taped over Tim Couch jersey, grab a cold one and get ready to bark with the Dawg Pound. 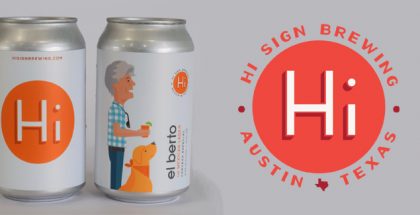 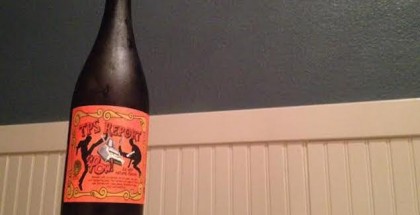