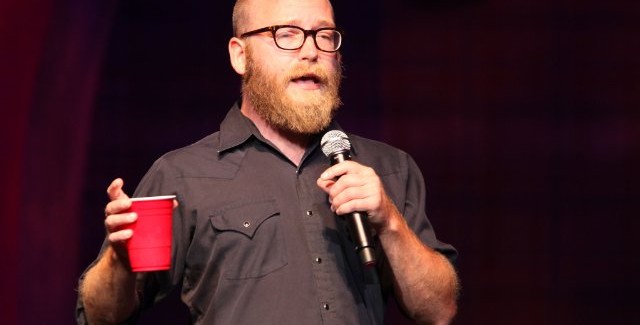 Coming up on Wednesday night, Kyle will also be the headliner at Offensively Delicious, a craft beer comedy show that kicks off a weekend full of Great American Beer Festival events (check out our preview here). Kyle gave me a few minutes to talk about his rise in the comedy world, his drinking preferences, and also his exciting upcoming projects.

You started stand-up in college in Chicago. At what point did it become a full-time gig for you?

Was there a moment when you realized that you’ve made it?

It still feels like a borrowed life. There’s still a sense that I’ll get tapped on the shoulder and told it’s time to get off the ride and let someone else have a turn. But this is a good thing. Makes me appreciate what I have. 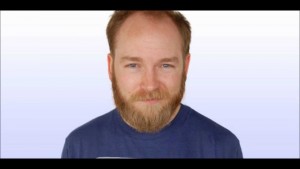 How did you get involved with Renegade and Sexpot Comedy for the Offensively Delicious show?

I met Andrew Orverdahl during his brief tenure in Los Angeles a few years back. Not long after he returned to Denver, I came through on tour and Andrew let me perform on a Los Comicos show. They had an insane crowd and the (what would become) The Grawlix guys opened the show and blew me away. Since then I’ve always looked forward to playing Denver and working with anyone from that scene. That’s also how I met Andy Juett.

The show will also feature some brewery reps that are going on stage for the first time. Any advise for these new guys?

To do comedy? Ah, just ride the ride. They’re playing to their own crowd! I don’t know. Make some barley jokes.

The Offensively Delicious show will start as a mini beer fest with 10 craft breweries from across the country. Are you going to check out the brews they bring?

You’ve been hilariously tough on craft beer with comments like “Craft Beer is if Stockholm Syndrome had a flavor.” Do you have any beef with craft beer?

I don’t like it in the least. But hey, do your thing. You wanna make beer–make beer. I don’t have to like it. 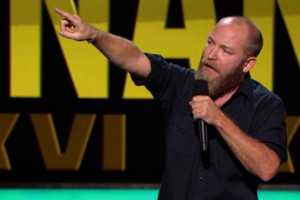 In past interviews, you’ve said you like beer that’s cheap (or free) and drinkable. Have you found any craft beers that you like or do you just stick with domestics?

I guess a lager? I don’t know, man. This is a part of society that I don’t really hang around in. It’s fuckin beer. It’s not complicated. I just want to drink some and have some laughs. I don’t care what barrel you put it in.

In the past you said you’re a big fan of drinking in the shower. How did this winning combo come about?

Your story on Drunk History was great. Is there a secret to success with that or is it just booze + funny story teller = perfection?

Barfing on TV is perfection? You’ve got strange tastes, man.

You’ve made your way to Denver quite often. What do you like most about the city?

The comedy scene in Denver is probably one of, if not THE best in the nation right now. And that all stems from having a community that is formed around the desire to see each other succeed. It’s proof that jealousy and envy are the enemies of success. Everyone pulls everyone else up along with them in Denver. Those Who Can’t is a perfect example.

Do you have a favorite bar to drink at in Denver? Are there any bars that stand out across the country?

Illegal Pete’s is nice for beer and burritos. I’ve been taken to a lot of bars I liked: divey, but not contrived. I’m from Chicago so it’s hard for anywhere to match my standards for a dive bar, but Denver does a good job. My favorite bar was called Club Foot in Chicago but they closed it last year. 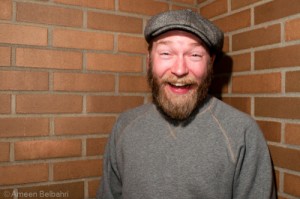 When you visit a new city, how do you get out to explore it?

I just wander around with no set plan. I hate saying it but museums don’t interest me as much as they should. Maybe I’m a lousy explorer. I wouldn’t even make it as an adventurer. I’d land my ships and say “This beach seems nice. Let’s just stay here.”

You are on Those Who Can’t this fall with Denver’s own Grawlix. How was it working with them? How does television acting compare to standup?

I owe a ton to The Grawlix, not only for letting me be a part of their show, but for including me in comedy festivals and helping me with shows when I’ve come through town. Couldn’t be more proud of them and this opportunity couldn’t happen to better people. It’s proof again that a scene that works together can accomplish so much, even without moving to one of the coasts. As far as TV acting vs standup, they’re different creatures. It’s like asking how is baking compared to dancing. They’re both silly things I do for a living instead of walking into a warehouse or an office.

Welcome to the InterNEAT! Vol 107