This weekend, Atlanta’s Red Brick Brewing Co., Georgia’s oldest craft brewery, is throwing a big birthday bash for its 22 anniversary — and there’s a lot to celebrate.

In fall 1993, Jurassic Park was still riding high as the blockbuster movie of the summer, UB40’s cover of the Elvis classic “Can’t Help Falling In Love” was battling Mariah Carrey’s “Dreamlover” for the top of Billboard’s Hot 100 chart, and Georgia’s oldest craft brewery (then known as Atlanta Brewing Company) was setting down its roots.

Twenty-two years is a big deal for a craft brewery, particularly when you consider Georgia had a 6-percent ABV cap on beer until 2004 — and no one could buy fresh beer at a Georgia brewery until July 2015.

There were struggles for Red Brick outside the laws, too, including an unplanned move after a state DOT project essentially forced them out of their original location.

But Red Brick is proof that with fresh perspective, inventive recipes, and ultimately passionate people, a brewery can reinvent itself — even after a few decades. Red Brick’s Marketing Coordinator Tyler Cates talks about the brewery’s evolution.

Q. Red Brick is Georgia’s oldest craft brewery, but it feels like there’s been explosive growth and renewal over the past few years. Tell me about how Red Brick continues to evolve. Is there a key to that evolution?

A. Since the end of 2012, a younger team has come up and made improvements to the recipes, beer line-up, brew operations, sales, and marketing. Pretty much all of us started as customers, production workers, interns, or tour staff, so we have a lot of love for Red Brick and passion for the craft beer industry.

Q. Celebrating 22 years as a brewery in Georgia, where the laws haven’t always allowed creativity, is indeed a big deal. How have the expanded beer laws that went into effect July 1, 2015, benefited Red Brick?

A. We feel like it is a big step in the right direction, though we still have some hurdles to face before we catch up to the rest of the country. With the new law in place, we’re putting a focus on offering some brewery-only specialty products. Look out for our “Brick and Mortar” series to start in the next month or so. This will be a line of 22-oz. bottles only available at our tour, and the first one is our 3 Bagger Belgian-style Tripel aged in a red wine barrel.

Q. When you look through your list of employees online, many of them were fans and regulars first, employees later. What’s the best part about working for Red Brick?

A. We’ve all come up in the brewery together, so there’s a very familial atmosphere. One of the best parts is participating in the quarterly Employee Brew-Offs, where everyone brews a small batch to be judged by our patrons. There’s a lot of light hearted smack talking and fun had during the whole process. We’ve actually had a couple beers come out of this as well. Hibiscuwit, our Belgian-style wheat beer brewed with hibiscus, cinnamon, and orange peel, started out as a brew-off beer that I created. Two years later it’s now our spring and summer seasonal!

Q. Do you have a message for people who haven’t been to the brewery in the last year? What’s one thing they shouldn’t miss?

A. One of the most noticeable things is that we’ve remodeled our tasting room and installed a growler station. I’d say keep an eye out on social media for specialty offerings (Twitter | Facebook). Our Grapefruit Hoplanta has been a big hit in the tasting room as of late, and we tap a new one of a kind beer every Wednesday for “One-Off Wednesday.”

Q. Newer recipes like Beard Envy, 3 Bagger and Hibiscuwit are real fan favorites. Are there any more exciting new beers to look for out of Red Brick in the next 6 months?

A. In October Hibiscuwit will be going away until March as we release our fall and winter seasonal, Divine Bovine Chai Spice Milk Stout. A fan favorite that’s coming out of retirement in November after a two year hiatus is Vanilla Gorilla. It’s an 8% Imperial Porter brewed with real Madagascar Bourbon Vanilla beans. Our head brewer slices each bean by hand, which seems crazy (it’s about 800 beans), but really imparts the best vanilla flavor.

Q. Between now and Red Brick’s 23rd anniversary in 2016, what else do you see for the brewery?

A. We’re exploring a few ideas for 2016. There’s a lot of talk about putting out a product or two in 16 oz cans. We’re also focusing on spreading the word that in this rapidly growing market, where new breweries seem to pop up every day, one of the oldest breweries is making some of the greatest beer available.

Red Brick holds its anniversary party Saturday, Sept. 26 from 6 to 9 p.m. More info on the party is here. 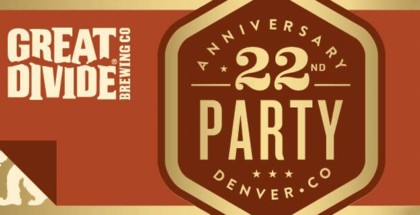 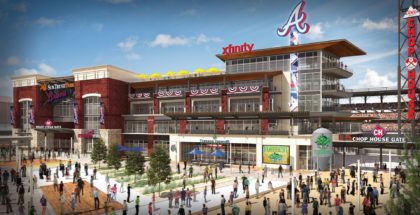