There are few breweries that cause every American beer enthusiast to pause when their name is uttered. Dogfish Head has a foundation based on being one of those breweries that, when mentioned, everyone holds their breath in anticipation of hearing what is said next. Some amazing beers have come out of there, and I am not talking about exceptional IPAs or Brown ales. What I mean are collaborations with world renowned rock bands, a stout made from ingredients from each of the world’s continents, their Ancient Ales Series, and so much more. Maybe that is why I wasn’t taken aback when I found out, back in 2012, that they had brewed a beer with lobsters and cocoa.

As far as I can tell, Dogfish Head is the only brewery to one up the oyster stout with lobster. The brewery boasts about an oyster stout being the origin story for Choc Lobster, but not how you might think. Dogfish Head had brewed an oyster stout for a film festival that was cancelled. This left the brewery with A LOT of oyster stout to go through. The burnout from drinking so much oyster stout was real. So, Sam Calagione, being who he is, decided to try something different. You could even say, something “off-centered”.

While the Great Oyster Stout Calamity may have been the catalyst for trying something different, the idea to use lobsters came from somewhere else. The inspiration for the recipe could easily be confused for a 1980’s flick about two kids growing up and living out their dreams. According to Sam’s video clip describing the rare beer, the beer’s ingredients were inspired by his childhood friendship with Colin Yentsch from Dogfish Head, Maine where Sam spent his summers. Sam grew up to become a brewer and his friend, Yentsch, became a lobsterman (one who fishes lobsters, not what you might be thinking.) In a nod to their childhood, Sam and Collin conspired to create what had yet to be done before.

Five Islands Lobster Co. in Maine sent down the lobsters and Dogfish Head got to work. The live lobsters were added directly into the boil for the robust porter base. Added to that were 6 pounds of dark cocoa powder as well as basil tea to help tie the flavors together. The result was phenomenal! As you can imagine, this is not exactly a beer recipe designed for mass production. It is brewed sparingly, not even seasonally, to keep the doors open at Red Lobster. As a result, this is a very rare beer that has been brewed exclusively for the brewery and Dogfish Head Alehouses. However, an exception was made a couple months ago.

Dogfish Head and World of Beer teamed up in an exclusive deal that would allow Choc Lobster to hit major retail taps for the first time. Kegs arrived at participating World of Beers back in August to end the restaurants #WOBTRIP program. This was my chance to finally meet Choc Lobster and I wasn’t going to miss it. I packed up the family in the car and headed to the nearest World of Beer in Columbia, SC. We got there, ordered an oversized salted pretzel, a couple of root beers for the kids and one Choc Lobster for the wife and I. 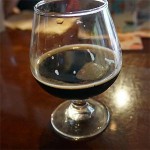 It was like having a lobster dinner in a glass, but with the chocolate cake as the first course. The aroma was briny and salty, not unlike an oyster stout. There was a modest lacing around the light tan head that rested on a deep black body. The flavor, OH, the flavor was so much fun and distinctly layered. The first was a spiced chocolate, making this a naughty, dessert-first kind of experience. Next, and this is where I might lose some of you, was a very familiar lobster flavor that blended well with a briny taste. This transitioned to a light salty flavor before, surprisingly, revealing a melted butter aftertaste that might cause lobster enthusiasts to envision that little ramekin resting next to the blistering red lobster on their plate. I marveled at the lobster taste in this beer. It was exhilarating to be able to actually taste the lobster rather than a subtle flavor that might be lobster. That might be why I nearly forgot to take a photo of the beer before drinking it all…

Once again this brewery has shown us just how amazing they are at brewing beer. Cheers to Sam and his legendary brewery for its continued efforts to push the concepts of beer to the very edge. Sam leads a group of exceptional individuals at Dogfish Head that refuse to be constrained by the rules of their genre in order to brew greatness. 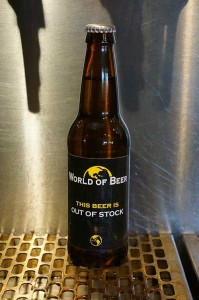 Check Dogfish Head Craft Brewed Ales’ Alehouse website for details on their 3 locations and be sure to stay on the lookout for Choc Lobster!

PorchDrinking Playlist | Are you GABF experienced? 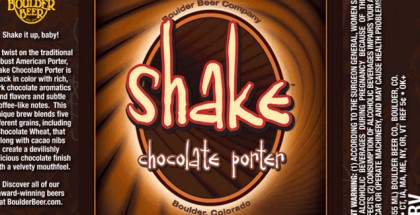 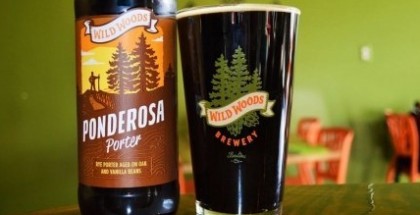 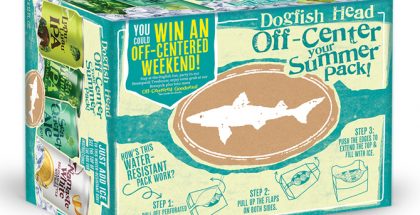