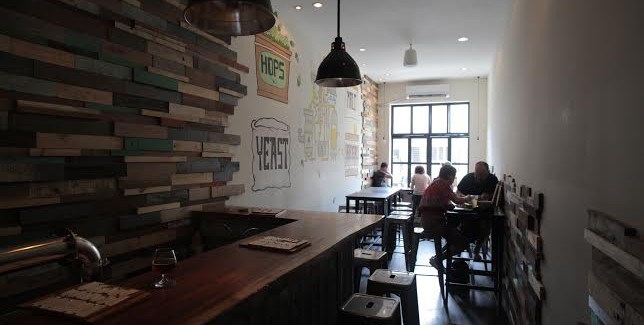 By the time my boyfriend and I got to Saigon, Vietnam, we had been in Asia for a little over a week. In that time we had discovered exotic beaches, befriended monkeys, experimented with local cuisine and – of course – explored the beer scene of Southeast Asia.

Needless to say, I had never been craving a craft beer more in my life. My daydreams of an intensely flavored and finely crafted brews completely consumed me by the time we landed in Saigon.

Lucky enough for me, there is a small oasis in Vietnam’s largest city that had the means to turn my daydreams into sweet reality. This little slice of heaven can be found down a tiny alley in the heart of the city, up a flight of narrow stairs, and through a door that reads ‘Pasteur Street’.  You see, amidst the clutter of uninventive 5.0% lagers, a craft brewery has emerged in Saigon.

Pasteur Street Brewing Company is one of the new kids on the block – or shall I say, down the alleyway. Started by founders Alex Violette and Betha Lovato fromerly of Upslope Brewing in Boulder, CO, the one year old brewery has already made quite a name for itself – as the international market of Vietnam has now been invigorated by American craft beer. The taproom captures this perfectly. As Paul and I walk into Pasteur Street, we are suddenly surrounded by pockets of westerners – like ourselves – that are craving anything but a lager, but also by many Vietnamese locals that are starting to explore the craft.

In all honesty, it’s hard for me to showcase one beer from Pasteur Street to give this brewery the credit that it’s due. Their Pumpkin Spice Ale? Unbelievable. The White House Honey Porter? To die for. But it’s a different beer that sends me into orbit – and that is the PSBC Double IPA.

This beer satisfied everything that I had been craving after sipping on lager after lager after lager. You see, the PSBC Double IPA sits at a whopping 150 IBUs. It screams hops both in taste and scent.

Everything about this beer exudes pushing the limits in terms of bitterness and flavor, with every sniff and sip being better than the next. Though the IBUs are (relatively) off the charts, the Double IPA isn’t meant to be a heavy brew. Despite its fierceness, this beer is easy to drink. It goes down easy. Its body – along with its color – is light. This is a beer that you can enhale without even realizing you’re doing so. It goes down that smooth, and it tastes that good.

I’m sure you realized by now, but I did not walk away from Pasteur Street without downing a few PSBC Double IPAs.

Unfortunately our travels soon took us elsewhere, and we were forced to say goodbye to Pasteur Street and a hello – or rather a ‘oh it’s you’ to Chang, Singha and Leo. The only thing that kept me sane as I downed those 5.0% lagers was knowing that my daydreams had come true.

To hear our interview with the founders of Paster Street Brewing listen to the podcast we all recorded together at Spangalang Brewery in Denver, CO 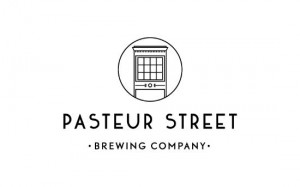 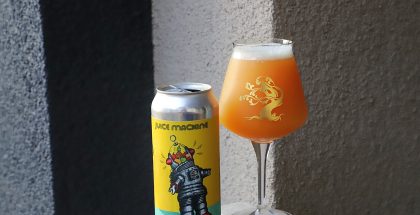 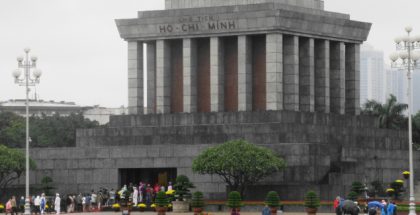