If you were to ask any Virginia Beer Connoisseur what brewery represents the state’s rise in the industry, Devils Backbone Brewing Company would be one of the first that comes to mind. They’ve provided wonderful beers all across the state of Virginia for eight years and have expanded in all directions to Maryland, West Virginia, North Carolina, Tennessee and DC.

Earlier this year, Devils Backbone released its annual Adventure Pack Collaboration. This year’s pack features five breweries from all over the world, and will be available in numerous retail locations as well as Basecamp Brewpub & Meadows in Roseland, VA and Outpost Brewery & Tap Room in Lexington, VA.

The 2016 Collaboration Adventure Pack works as a natural evolution for Devils Backbone, as their brewmaster Jason Oliver explains: “Each collaboration is a relationship, and it’s great to develop, strengthen, and expand on each one. [Our original pack] was so much fun, so well received, and the beers came out stellar so we decided to expand on it and work with five breweries.”

As fellow PorchDrinking writer Stacey Goers has covered, the 2015 Adventure Pack was made quite the splash in the market for the new and hardcore buyers of craft beer. People were introduced to the likes of Conorado Brewing Company, Fat Head’s Brewery and Ninkasi Brewing Company, the later of which hit Virginia shelves last December. The 2016 Collaboration Adventure Pack showcases a wide variety of styles and experimental recipes, featuring beers with Surly, NoDa, Sun King, Wicked Weed and Thunder Road.

You can find the Adventure Pack in both large supermarkets and bottle shops, running for about $20.00 depending on the location. It’s worth describing each beer individually, as the uniqueness of the overall 12-Pack will test the palate of even the most experienced drinkers. Even the box indicates this from the different hues and glassware used for the six beers. So let’s break down this pack and find out which beer you’d want to try the most!

Devils Backbone’s Flagship Beer is brewed using a combination of Northern Brewer and Saaz hops featuring a malt bill of Vienna, Pilsen, Dark Munich and Caramel malts. There’s a reason why this beer is so well-loved and a three-time GABF medal winner. Brewmaster Jason Oliver is a master of lagers, as their standby comes to life with a creamy head and amber color. Every step of the way, the flavor is wonderfully toasty and lightly sweet, featuring a mild bitterness brought forth by the complex malt bill. Containing the lowest IBU of the bunch, Vienna Lager is a great way to start off this collaboration pack by introducing people to the simple beauty of the creators of this extraordinary venture.

NoDa’s featherweight of the pack is a sessionable, hoppy beer brewed with Vienna malts and oats, featuring a three-hit combo of Northern Brewer, Simcoe and Azacca hops. NoDa gets a fair amount of love up here, as their year-round favorites Hop, Drop, and Roll and Loco Coco are still highly traded commodities. Those are also the only two from the brewery I’ve personally tried, so their decision to go for a pale lager will serve as an interesting tipping point for myself.

Session IPL has a strong, punchy hop presence stabilized by a delicate, moderately carbonated body. The Pale Lager has a distinctive hop oil character as the Azacca hops bringing a lovely tropicality to the beer to balancing out the pungent Simcoe. NoDa’s contribution here breaks tradition by exhibiting that low ABV, pale lagers can have a delicious burst in flavor.

Pale in color and loaded with Simcoe and Columbus hops, Another State of Kind is the unlikely combination of a cream ale and a double IPA. With this, Sun King truly offers a style completely separate from everything out there in the market.

Containing the highest IBU of them all, Sun King dazzles drinkers with this unique ale’s golden straw color and fizzy carbonation. The aroma matches the taste directly, delivering dank, resinous, piney notes to the palate. The finish is dry, giving off an impression closer to an IPA but with a surprisingly sweet, grainy backbone. Even for the most experienced drinkers, I imagine Another State of King will leave you curious to the rest of Sun King’s catalog.

Risen is defined as a Coffee & Oak Double Brown Ale; brewed with over 100 pounds of locally roasted coffee and rested in oak for a toasted, complex finish. Surly is a favorite amongst many rare beer collectors, although my only experience is from trying their Abrasive Ale at a bottle share. In my devoted beer community, people were singing the praises of Risen non-stop, posting pictures of the brown ale in chalices all across Facebook. And to my surprise…

….everyone was on point, as this is my favorite beer in the Adventure Pack. Risen is phenomenal; the coffee and oak are beautifully pronounced from the smell to the depth of rich flavors. The brown ale base elevates the coffee on an oak-carved throne with touches of cream and roasted nuts. And the alcohol manages to be edged off by smooth, full-bodied mouthfeel like fine cold brew coffee. This will be the beer everyone remembers fondly from the pack and preserved for quality.

The only collaboration in the group featuring a brewery outside of the US uses a malt bill composed of smooth, tropical grains highlighting the emerging, trendy use of fruity hops from Australia and New Zealand. I’m quite a fan of these hops, as my tastes align more towards the tart, fragrant notes of these sharp hops like Mouteka or the Falconer’s Flight blend. Thunder Road believes in “Beers Without Borders” and that comes through from the juicy flavors packed into all 12 ounces.

Double Pacific Ale brings a delicious blend of pineapple and passion fruit backed by a well-carbonated, lightly malted body. Thunder Roads strikes forth with the pungent flavor of Galaxy hops, but manages not to overload your palate. Out of all the other beers in the line up, Double Pacific lingers the longest on your tongue with a distinctive, grassy bitterness. But you won’t want to stop drinking it, because this manages to be heavy, yet refreshing in the best way possible.

Seven Summits works as a big, bittersweet brother to Risen, as the notes of coffee and oak are notable in this behemoth of a beer. It reminds me of a Russian Imperial Stout, as the bitter malt base was the number one priority with tinges of salt, cocoa, and licorice throughout. This represents Wicked Weed hefty repertoire quite well, as their one-of-a-kind recipes can match with challenging style out there. There’s a slight dry, tannic finish to this beer, but it signifies this is the right beer to finish of the pack.

I’m proud that Devils Backbone is able to provide so many people the opportunity to try this many breweries in a delicious, cohesive package. Just like the Sierra Nevada Beer Camp before it, I want this to springboard into bigger things from more out-of-state distribution to more collaboration packs for the public. I can’t wait to see what Devils Backbone brings next year as I’m sure they’ve won several new fans to their innovative, friendly practices. 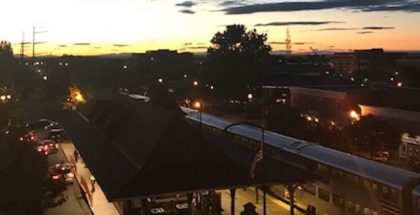 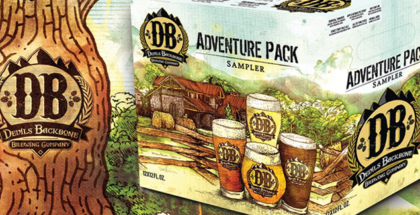