Today was one of those mega days in beer, where everything just seemed to happen all at once. Many of these breaking stories will end up having greater long term effect on the industry so we figured we’d provide a bit of a recap of the major stories. I’ll kick things off with the biggest announcement, which broke earlier this morning of Victory Brewing merging with Southern Tier Brewing.

Seeing the changing wave of other major acquisitions happening throughout the industry, two major players in Pennsylvania’s Victory Brewing and New York’s Southern Tier Brewing decided to forego courting big beer, in favor of merging to form Artisanal Brewing Ventures (ABV), which will be managed by Arlington Capital Advisors, a private equity firm. Under this strategic alignment, both breweries will continue to operate independently, but see this as an opportunity to grow capital, resources, security and vision within the Northeast region.

“The craft beer community is at its most critical moment since its inception as larger brewing corporations have bought into our grassroots movement, irrevocably changing the marketplace. Like-minded brewers such as Victory and Southern Tier can preserve our character, culture and products by banding together,” said Bill Covaleski, Founder and Brewmaster of Victory Brewing Company. “Allied we can continue to innovate and best serve the audience who fueled our growth through their loyal thirst.”

“It was time to look at our strategy and trajectory, to be strong and to protect the livelihood of our employees,” Covaleski told All About Beer Magazine. 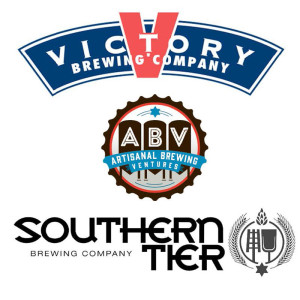 “I believe this is a watershed transaction for the craft brewing world. This union of two great regional players preserves their independence and distinct cultures while sharing administrative and management functions to support deeper investment in sales, marketing and innovation,” commented Vann Russell, Managing Director and Founder of Arlington Capital.

Victory, which just celebrated its 20th anniversary this year, and Southern Tier now combine with the potential joint production capacity of over 800,000 barrels a year, catapulting the umbrella company into the top 15 largest craft breweries in the country.

This move follows the flood of major mergers and acquisitions we’ve seen within the industry over the past few years. This is a major impact move in that it combines two regional powerhouses, aligns the two in resources and capital while also keeping them independent from big beer’s grasps. If this move proves successful it’ll be a likely bet that other regional alliances will surely follow.

Craft beer will never be able to go toe-to-toe with Big Beer as disparate pieces, but if they focus on strategic regional alliances and consolidation, it’s more likely to battle market share and growth in a more sustainable and responsible manner.

Last week the Massachusetts Alcoholic Beverage Control Commission issued its findings along with a 90-day alcohol license suspension for MA-based distributor, Craft Brewers Guild. The investigation stemmed from a tweet sent by Pretty Things Beer & Ale Project in October 2014: “Can anyone guess why we’re not served @bukowskiboston or @LowerDepthsBOS and other(s) from that group? Correct, we won’t illegally buy (draught) lines.”

The practice of paying for draft lines, shelf space, and preferential placement (pay to play) in restaurants, bars, and liquor stores is illegal. Pay for play, and was widely adopted prior to prohibition, but was outlawed under Tide House Laws. That being said, incentivization for placement is still rampant in some form or another across the country, whether through gifting on/off-premise accounts brand gear, concert / sporting event tickets, or flat out paying for shelf / tap space.

Do you know any bar who takes money for their draft lines? Put it out there with the hashtag #dirtylines

ever walked into a bar and wondered why they don’t serve local beer? #pay2play #dirtylines

“[I hope] the local beer industry can become merit and quality based,” said Pretty Things Beer Founder Dann Paquette in a November 2014 interview with BrewBound. “In the 22 years that I’ve been working, it hasn’t been.”

Craft Brewers Guild, which distributed Pretty Things Beer at the time, will now have the opportunity to appeal the decision to a superior court, or can take an alternate option of paying a fine equal to 50 percent of their gross profits during the court ordered 90 day liquor license suspension period.

“The licensee (Craft) engaged in a pervasive illegal enterprise involving numerous retailers and corporations that spanned at least five years, spending approximately $120,000 to pay kickbacks to 12 retail licensees throughout the Boston area, and went to great lengths to hide its knowingly unlawful conduct,” noted the report.

As Forbes.com noted, in a post last night, tap agreements ranged anywhere from $20 per keg to $2000 for an entire draft line. To cover the incident, CBG created dummy accounts under bars’ names and billed breweries for bogus expenses. To read more on the blatant misconduct, visit the aforementioned Forbes article.

While it’ll be difficult to fully police further pay to play incidents due to the lack of manpower, systemic practice of skirting legality and varying levels of severity, this ruling is perhaps the first step toward stamping out the practice and providing precedent for future rulings. 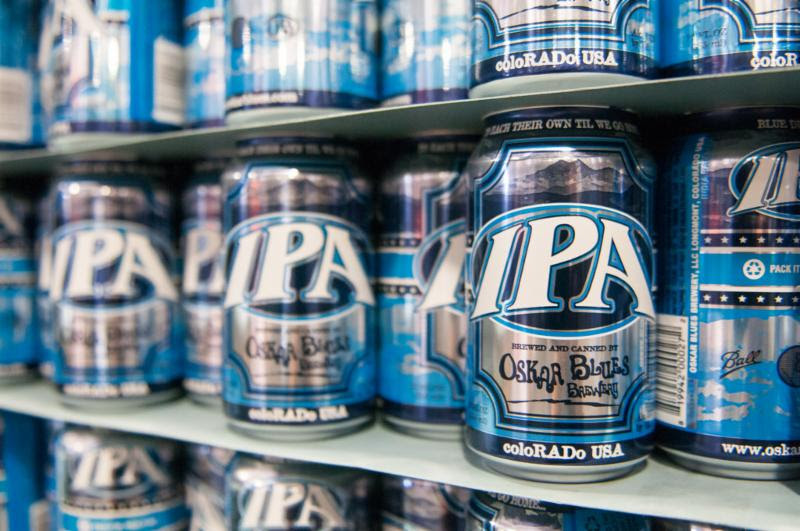 As we detailed in today’s Growler Fill, both Bell’s Beer and Short’s Brewing announced major distribution expansion plans for 2016. Later this year, Bell’s will be available in Arkansas, Kansas, Louisiana, Nebraska, and South Dakota,

Short’s Brewing has also announced for the first time they’ve expanded their distribution outside of the state of Michigan to Pennsylvania, and as we reported earlier, to Illinois beginning in 2016. However according to sources, that distribution expansion won’t stop there. We’ll keep you posted as more news is announced, but expect that footprint to reach out west in the near future as well.

Oskar Blues also recently announced plans to expand distribution to the Dakotas, Oklahoma and Montana, leaving West Virginia and Hawaii the only two states in the U.S. where OBB is still currently unavailable.

News of the Weird: Slovenia to Build Public Beer Fountain

The town of Zalec, Slovenia is about to be a Europe’s most popular new destination. They’ve announced plans to build a $396,000 beer fountain as a tourist attraction. Visitors will have the opportunity to purchase three 10.1 oz servings in a commemorative mug for approximately $6.80.

The beer served will be made with locally grown hops from the Lower Savinja Valley region, an area that has been dubbed, the “valley of green gold.” It has yet to be determined whether they’ve consulted the city of Pawnee, Indiana, regarding the public health hazards of public drinking fountains. 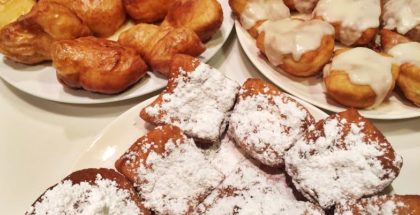