When Steve and Drew Lutke bought a Groupon for a beer brewing kit they never imagined it would lead to them opening a brewery. After years of talking about the idea, gathering investments, planning the space and actually building a brewhouse, Hop Lot Brewing Co. is celebrating their one year anniversary this month.

Despite neither of the brothers having any previous commercial brewing experience, the brewery has had a very successful first year.

“It went way better than we expected,” Steve said. “I think we did four times the amount we projected despite falling behind in the very beginning. We had no idea what we were getting into with the summer here. During the first few months we came very close to running out of beer.”

The two brothers, originally from Michigan, were living in Chicago when the idea to open a brewery first came about. The Groupon for the brewing kit quickly escalated into more than just a hobby.

“The kit actually sat there for a month or two before we actually opened it,” Steve said. “We tried it out and it was really fun. We did one or two more extract batches and then moved onto all-grain batches.”

But brewing beer was just a hobby and the two had full-time jobs and other responsibilities.

“Our schedules conflicted and we would start brewing a batch at 7 pm and realized we wouldn’t be done until 3 am,” Drew said. “We loved brewing though and experimenting with the beer and before we knew it we had 700-800 bottles of beer in a 900 sq. foot apartment.”

“Brewing a beer is like a mac n’ cheese recipe,” Steve said. “You can tinker with it and experiment with it to see what’s best. That’s what I was doing with beer but that takes two to three weeks. I would try different temperatures, different malts and different yeasts. We had so much beer because I kept experimenting.”

The idea for the brewery got serious after Steve’s wedding, where he had actually brewed all the beer for the occasion.

“Some people at the wedding really enjoyed it,” Steve said. “They told us we had a good thing going and that if we were serious about opening a brewery we should send them a business plan and they would back us.”

To make sure he had the skills needed to become a commercial brewer, Steve went to the Siebel Institute of Technology/World Brewing Academy and got his associates degree in brewing technology.

With the brewery becoming less and less a dream and more of a reality, a location had to be discussed. Being from Michigan, the thought of heading back to their home state was really appealing to the brothers, but with so many breweries in the state, the location had to be strategic.

“One of the stipulations from one of the investors was that it had to be on the peninsula of Michigan,” Drew said. “It couldn’t even be in Traverse City – there are too many breweries there. As long as we put it on the peninsula he would back us.”

Once they region, the next step was finding the physical location. Steve and Drew had some very specific parameters for the ideal location for the brewery. They also had to build the brewery.

“Living in Chicago, the second that it’s warm out, everyone wants to sit outside,” Steve said. “We came up here to vacation and when we knew we were going to start a brewery, we put ourselves in a tourist frame of mind. When we would come up to this area, we would build bonfires, roast marshmallows, drink beer and have a good time. If we personally like doing this, then everyone else would like this too.”

“So many breweries spend their money on the equipment, but not the atmosphere. There are some badass breweries decorated out there for sure, but we wanted that feel of escape. Escape the city, escape life – when you’re drinking our beer it’s an escape. We knew we wanted at least an acre or two of land to have a kickass outdoor space so we could live music and area for everyone to enjoy the beers and the summer weather. When our realtor found this space we were so excited because we knew we could make this the place we wanted.”

They found the perfect place. Nestled amongst the woods, Hop Lot has a relatively small indoor brewery space, about 2,200 sq. feet, but it’s the outside area that people can’t stop talking about.

Lined with plenty of picnic tables for seating, there’s plenty more to do while you’re drinking a Hop Lot Beer. They have several fire pits for making s’mores, a stage for live music, a variety of lawn games and a lot more. 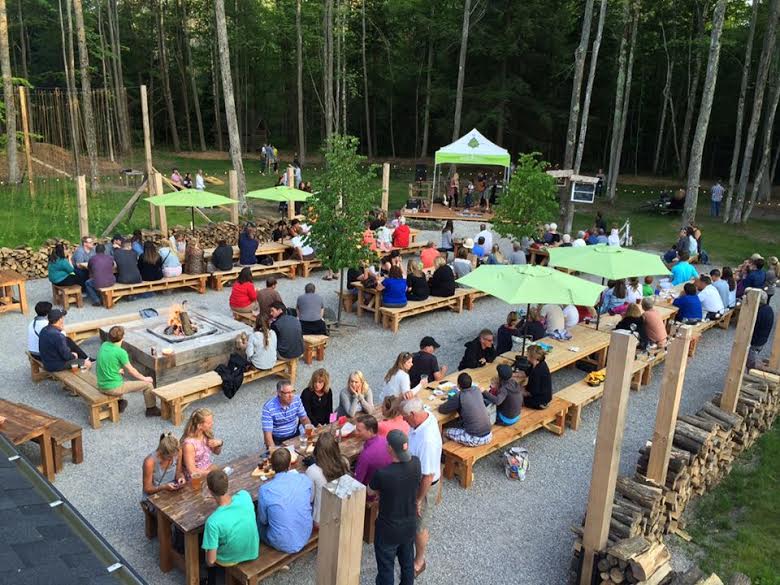 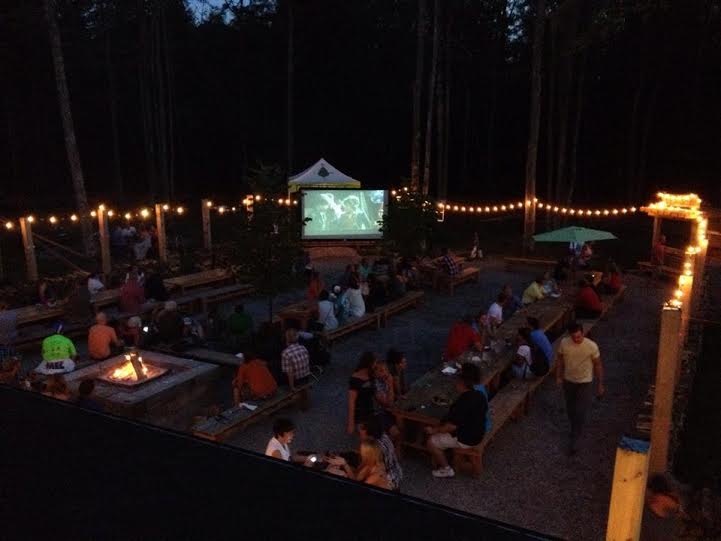 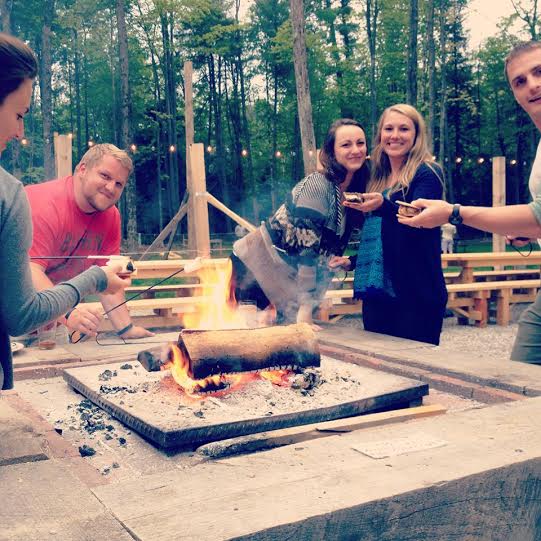 The name for the brewery actually came about because Steve asked his in-laws if they could plant some hops on their property. Only wanting a small space, they instead gave him a quarter of an acre to plant the hops. His father-in-law called it the hop lot and the name stuck. 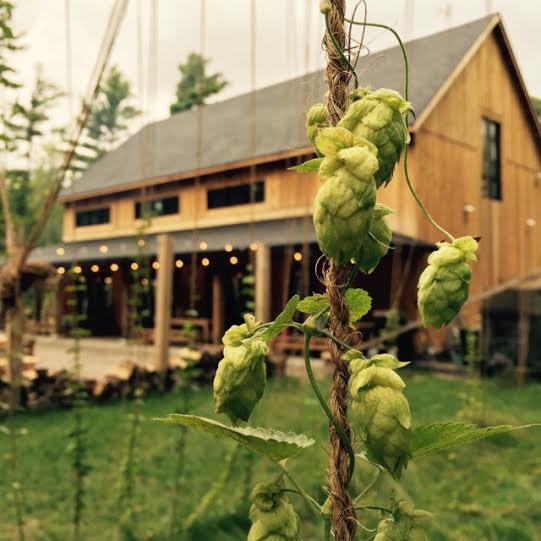 The brewery officially opened in May 2015 and it was bigger than either Drew or Steve could have imagined. In fact, it was so successful that their small 3-barrel system couldn’t keep up with demand.

In the first few months, many of the beers would be out and sometimes they would only have four beers on tap. Steve refused to sacrifice quality to push out beer and while the production schedule didn’t have a consistent flow – they were able to continue to grow the brewery. 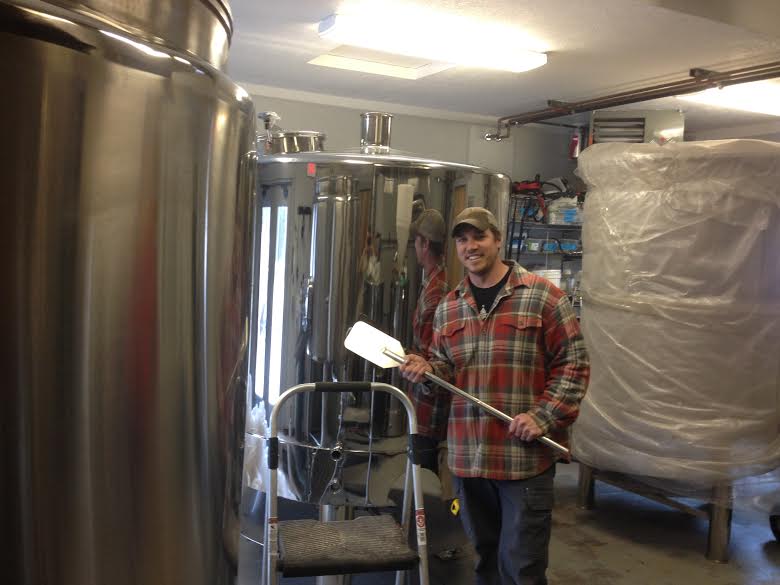 “Behind the scenes things were crazy,” Steve said. “I refused to push anything out if it wasn’t ready, our reputation is so important. We could have pushed it but I didn’t feel right about it, even if we were always teetering tottering on the verge of running out.”

“It was nice to hear that people liked our beers but it felt like we was spinning our wheels back there. I was doing everything I could do back there to keep up with demand. I love dry hopping and those IPAs take longer. There are some days we’d have a stout, an amber ale and a blonde ale – nothing hoppy. Then some weeks we’d have all hoppy beers. I felt like I let people down.” 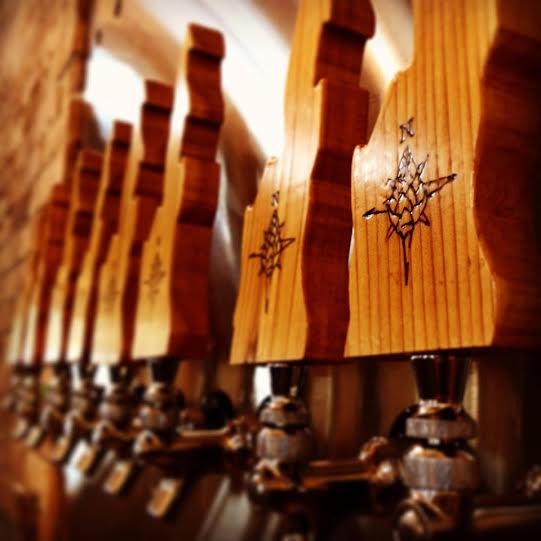 Hop Lot upgraded from a 3-barrel system to the 10-barrel system they have today and that was critical not only for the immediate success of the brewery, but also the future.

“The difference is that Steve can now put out 20 kegs were before he was doing six or seven kegs in the same amount of time,” Drew said. “We’re more efficient and the quality has actually gone up as well.  We’ve learned a lot in the last year. We’ve learned what not to do – it’s been such a great experience.”

Being a very seasonal town, Drew was concerned about what would happen to Hop Lot’s business during the winter months.

“Even in the fall during the week you really start seeing a slowdown,” Drew said. “You’re nervous, you hear from the other businesses to purge whatever money you can because the fall/winter is when you don’t make money. We really had to be innovative during the week to get people to come in. The weekends still draw people in here no matter what the season.” 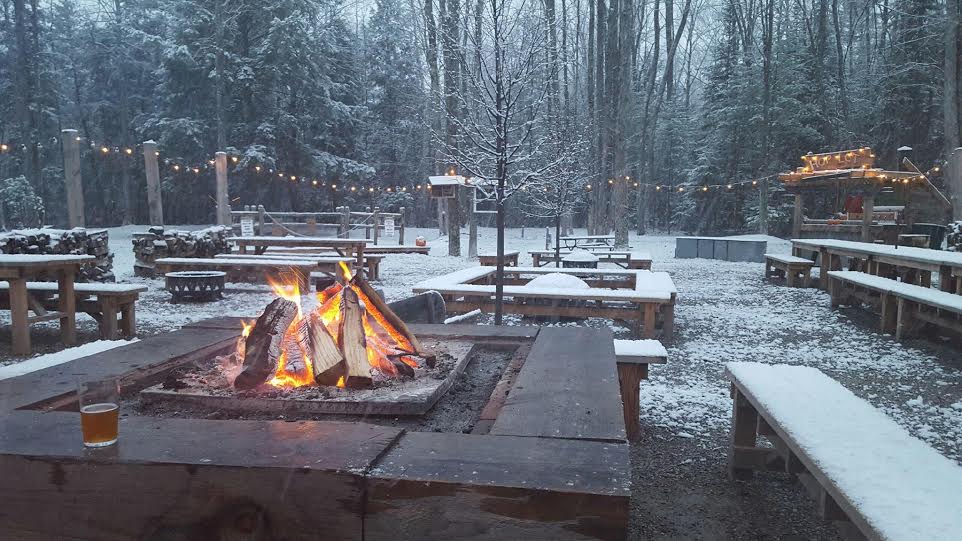 “One thing we did focus on, and we didn’t realize how important it was, was the food,” Steve said. “As the fall came around we really focused on getting a chef that could create a menu to connect with the local community. We had a lot of specials that would slam the place, just like they do in Chicago. Our BINGO night packs the place. We give away small prizes like t-shirts and growlers but it’s so popular.”

Now getting ready to enter their second summer in Suttons Bay, the two brothers have learned a lot from year one and are ready to really get things rolling with the brewery – that includes the potential for bottling their beer.

“We want to keep the beers on tap – that means having 10 beers on tap at all time,” Steve said. “That 10-barrel system is going to be huge for that. We want to fire the brewery off at its full capacity. We never want people to worry about the line being too long for beer or the food tickets taking too long – we want them to relax and enjoy themselves.” 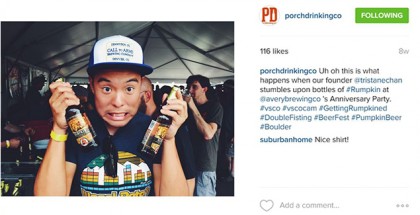 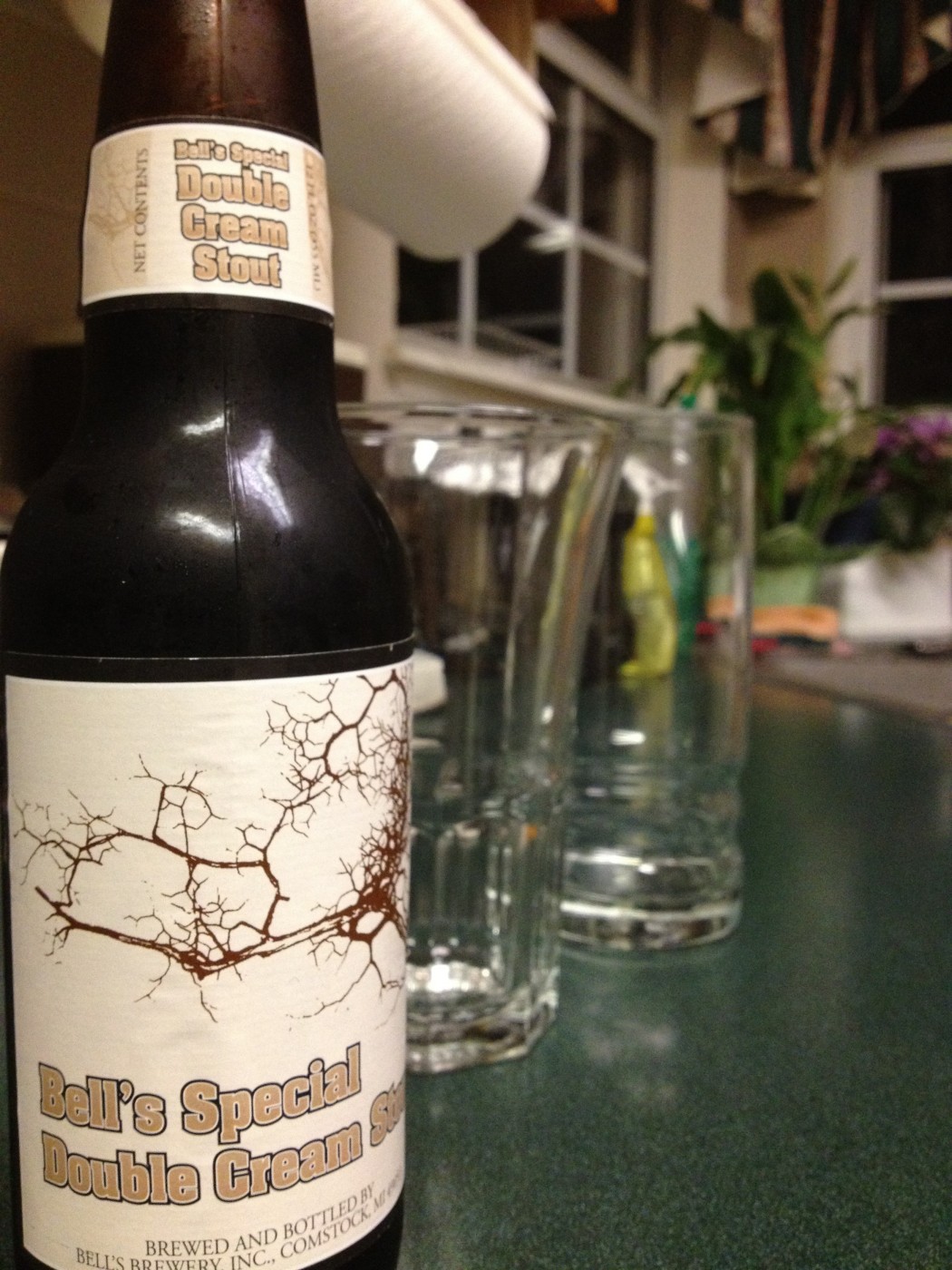