You won’t find the best beer from Founders Brewing Co. in Grand Rapids, Michigan — you’ll find it below Grand Rapids, where barrels of goodness hibernate in caves. For example, each April, the famous Kentucky Breakfast Stout (KBS) arises from its slumber and seeks to conquer the palates of beer geeks everywhere. And this year, for Founders Brewing’s 20th Anniversary, several special beers are emerging from those caves, too. So, let us talk about the first release, a barrel-aged cherry ale from Founders named Frootwood.

The oak barrels used to age Frootwood previously played home to maple syrup and bourbon. Without ever taking a sip, one knows the beer will present bourbon, maple syrup and cherry flavors — none of which are subtle. I wondered how they would play on the tongue, but with the first sip, it was obvious that the beer required a full 12 ounces of consumption to properly judge.

The tart cherry flavor refrains from being too medicinal, as some might fear. But the oak and bourbon, along with the maple, come through each sip, too. While each note seems to battle for palate supremacy, the hints of vanilla hold the beer together by hitting on familiar flavor profiles associated with bourbon, pancake breakfasts and cherry pie a la mode. In essence, the vanilla acts much like a delicate sauce concocted by a top chef that transforms individual components into a well-composed dish.

This is not a beer that should be sipped, per se. It behooves one to take healthy drinks. And at 8% ABV, one only needs to demonstrate moderate self-control. The tart nature of the beer proves quite refreshing if you enjoy the flavors associated with Frootwood. But, I found that the best way to consume Frootwood is as an accompaniment to a dish such as a steak or pork dinner.

Frootwood, available in 4-pks and bombers, is the first of six special beers to mark 20 years of brewing for this Michigan’s craft brewing stalwart. Established in 1997 by two craft beer enthusiasts—Dave Engbers and Mike Stevens, Founders now ranks among the top-20 craft breweries in the nation (although, with Mahou San Miguel’s 30% stake in the company, the brewery technically isn’t craft as defined by the Brewers Association).

Over the years, Founders Brewing Co. has produced numerous popular brews such as Founders KBS (Kentucky Breakfast Stout), maple-syrup infused CBS (Canadian Breakfast Stout), Harvest Ale, Dirty Bastard Scotch Ale and, of course, All Day IPA. Along the way, many of those beers have received innumerable awards at the World Cup and GABF, as well as from magazines and other ratings sites.

What does Founders have in store for the spring and summer? Read on!

Release #3, May and June: Doom

Doom may be impending but that doesn’t mean you have to fear it. A collision of worlds, the intense hop character of our imperial IPA mingles with the warm vanilla and oak notes imparted from time spent in our favorite bourbon barrels. Like all good things, Doom comes to those who wait.

For Founders, 20 years of brewing has resulted in numerous highly acclaimed beers. It seems that there is no better way to celebrate its accomplishments than by celebrating its own aging with beers that have been tucked away in caves for a while, aging to perfection. 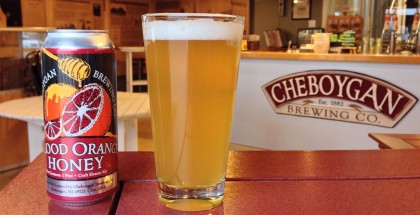