Kokopelli is the Hopi god of agriculture and fertility —  a perfect deity for a new brew pub who needs plenty of grains for both their beer and their pizza. Christine Wares is the owner of Kokopelli Beer Company —  the first solely woman-owned brewery in Colorado (and only the 7th in the country!) which opened in Westminster in January 2014.

The hardest part of opening the brewery? “Dealing with the city during the build out,” Christine told me. Her perseverance paid off and now this little brew pub is an icon. Over the past two and a half years of business, Christine has learned that people here are really into supporting local businesses and causes – almost overwhelmingly so! They’ve got a strong group of regulars and also partner with the local Fire and Police Departments for fundraisers and events. They’ve become so popular that their 4,000 square foot space can’t always accommodate their guests but “folks still come in and grab a growler and pizza to go,” Wares assures me.

Lou, one of the regulars, comes by the brewery six or seven days a week and likes to bring his whole family on occasion. There are board games for the grandkids, great beers for the adults and delicious pizza everyone can enjoy. The very first day he visited, he tried all the beers and says that over the past two years, the food’s gotten better and the service even friendlier.

In order to seat more guests, Christine is hoping to expand into the space next door before too long and is working with the City of Westminster now to add a patio in front of the space this summer. Throughout history, Kokopelli has been known as a traveler who brings valuable information and trinkets from places he’s visited to the distant tribes he’s making his way to, and the Kokopelli team will be doing the same. In addition to the impending expansion, they’ll be spreading the love of beer at various festivals throughout the state, and hosting some of their own events (check out their Calendar for more details).

One of my favorite things about visiting Kokopelli is their huge tap list! They have one of the largest tap lists I’ve seen at a craft brewery with 28 of their own brews and a number of guest taps (including cider for the gluten-free among us.) You’re sure to find something that suits your taste buds! Many of their core beers have won awards around the state and even nationally. The Scotsman recently won a bronze medal at the Los Angeles International Beer Competition (it also won the silver medal at the Colorado State Fair in 2014). The Berryanna is probably the most awarded beer on the menu with 3 separate ribbons!

My personal favorites are their Hop Slugger (which I showcased here) and it’s older brother the Twin Slugger. The Twin Slugger, an American Double IPA, pours a darker, more hazy orange than the Hop Slugger. At 100 ibu, this is an intense beer but the malty, almost buttery quality of it balances it out nicely. It’s got a slightly citrusy nose that doesn’t overpower the flavor. Christine is a fan of darker beers and the brew pub always has a great selection on tap — never fear stout lovers!

Head Brewer Rick Holt has been brewing with Christine for a decade and was on the front lines when she decided to open the brewery. Her background in telecommunications crossed paths with his when he took an engineering job with her company. Currently, he’s training a new brewer to take over. Eric Adams is helping Rick refine the recipes, condition the tanks and make the brewing process more efficient.

Whether you’re a weary traveler looking for a quick bite and some hoppy sustenance, or a purveyor of fine craft beer, add Kokopelli to your list of places to visit this summer. As their tagline states, it’s certainly a place “where friends meet friends and make new ones!” 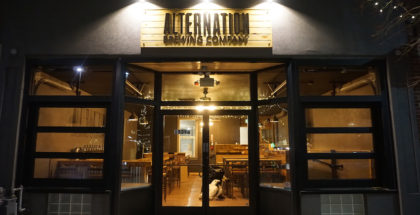 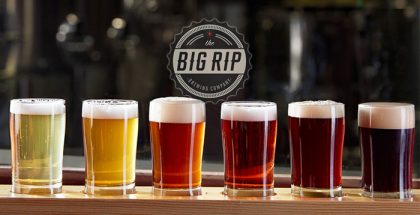