“Summer isn’t a season, it’s a state of mind”

To those who are still trying to hold onto summer, I’m with you. Longer days, concerts, festivals, outdoor activities such as canoeing and kayaking, I’m not ready for it to end. Not only with my activities, but with my beers. I’m one of those who cringe at the sight of Oktoberfest and Pumpkin beers already in the grocery stores and bottle shops. With the continuous high temperatures and humidity in the Greater Cincinnati area, it’s just not time to start enjoying the fall beers. I still want to enjoy the crisp, bitter, or tart beers that make summer…summer.

I recently crossed over the bridge into Kentucky to stop out to Braxton Brewing Co. to fill a howler for the next day. While looking over the beer list I had to make the difficult decision I face often, which one do I get to fill my howler? I was torn between getting the Beta 1.0 IPA for IPA day or Summertrip Passion Fruit Berliner Weisse. I noticed something new about the beer list that made my decision pretty easy—they installed a new crowler system a little over a month ago, so of course I had to get a crowler too.

The next day I decided to bring the crowler of Summertrip to the pool to share. With it being 87 degrees and humid, this beer combined with the pool helped our gang beat the heat. This Berliner has delicious passion fruit flavor to almost tasting like a refreshing punch. It’s very sessionable with 4% ABV and a well balanced sweetness of the passion fruit with the slight tartness of the lactobacillus. This is brewed as a kettle sour with a bready finish to bring this Berliner Weisse together. We switched to plastic cups while in the pool to for some improper glassware.

Here’s a little background on Braxton Brewing Co.—founded by two brothers Evan and Jake Rouse along with their father, Greg Rouse and former Christian Moerlein brewmaster Richard Dube. They opened in March of 2015 after breaking the Kickstarter record for being the most funded brewery project. The Kickstarter campaign ended up having 654 backers pledging $71,885 to help fund the brewery that wanted to build the “taproom of the future.” The brewery is located in Covington, KY in a 11,000 square foot large facility that can accommodate large groups of beer lovers. Braxton opens Tuesday through Friday at 8am and serving their own cold brew coffee for local businesses and innovators to use their facility to get work done with Gigabit Wifi, couches, tables, white boards, projectors and a small garage inside the building that could be used as a conference or event space. Braxton is putting Covington back on the map in the Greater Cincinnati craft beer scene by bringing people back to that side of the river to enjoy a high quality brewed beer.

Braxton Brewing Co. distributes throughout the Greater Cincinnati area and Summertrip can be found on draft at their brewery, Brass Tap, Cock and Bull Public House, and Rhinehaus. Make sure to go and get a pint of this passion fruit deliciousness before it is gone and you won’t have the same disappointing feeling that you did as a kid and summer break has ended. 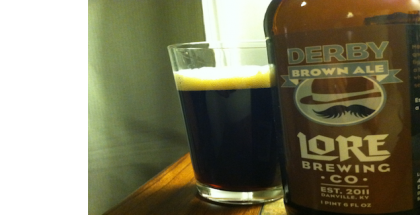