Dogfish Head describes the beer as a “session sour quencher made with lime peel, black lime and sea salt. It’s a citrusy-tart union of three German styles of beer blissfully brewed into one.”

Indeed, three distinct styles are employed, and then merged.

The last step involves combining all three styles together in the fermentation tank, resulting in a German hybrid beer that offers hints at distinct German brewing techniques used before, and after, Reinheitsgebot.

But none of that matters unless it tastes good. It does. It’s delicious.

Unlike many sours or gose, the salt and sour notes refrain from dominating one’s palate. SeaQuench Ale also offers subtle maltiness, a kiss of wheat and the lime provides a little tartness, as well as a touch of acidity that adds to this beer’s impeccable balance. Dogfish Head SeaQuench Ale is the epitome of easy-drinking goodness; enjoy it on a boat floating down the Rhine river, while eating a bratwurst or as you sink into your favorite chair after a long day of work. And it’s sessionable, which means you can have two and barely notice its effects. Simply put, it’s a great beer.

However, If the taste and brewing traditions aren’t enough to convince you to store it in your fridge,

“The release of SeaQuench Ale kicks off a new partnership between Dogfish Head and the National Aquarium that will focus on inspiring conservation of the world’s aquatic treasures. Dogfish Head’s philanthropic contributions will help the Aquarium generate important conservation impact for a healthy Chesapeake Bay.”

That’s an appropriate cause for a beer that’s honoring a millennium of turning water into beer, isn’t it?

The story attached to SeaQuench Ale is pretty profound, and the brewing process is relatively complex, but somehow the beer itself is nothing more than simplicity personified. It’s a great beer that’s great to drink. After 1,000 years of brewing, 500 years of German purity laws and 21 years since Dogfish Head opened its doors, it seems the process has finally been mastered.

Sidenote: Did you know Dogfish Ale has new labels? Here they are! 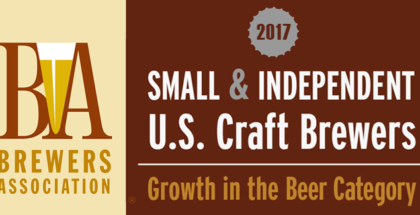