The Georgia Craft Brewers Guild issued a statement yesterday saying that the 2017 General Assembly of Georgia will “consider legislation to allow consumers to purchase beer directly at the brewery that makes it”. This is exciting news for the one remaining state in America that still prohibits on-site purchase of beer at breweries. Little information was provided in the press release, but what was explained was good.

SB85 is the bill presented by Senator Rick Jeffares (R), chairman of the Senate Regulated Industries and Utilities Committee, that carries with it legislation to grant breweries the right to sell beer for on-site and off-site consumption. SB85 is intended to allow breweries to sell up to 3,000 bbls by the glass (that’s approximately 1,344,000 12oz pours) of beer “brewed by the brewery”. That does beg the question of “What about collaborations brewed at another brewery or guest taps in general?”, something that is common place in the east coast’s beer mecca, Asheville, NC. Further, SB85 will also allow patrons to purchase up to one case of beer for off-site consumption and purchase food at the brewery without purchasing the tour package, Georgia’s only answer to the issue at hand up to date.

Brewpubs are included as well, but the details for that were even fewer. “[SB85] slightly modifies the brewpub license to reinforce local control on issues of to-go sales from brewpubs.” This means what Eagle Creek (brewing company recently transitioned to brewpub) in Statesboro, GA can legally offer could possibly be different than 5 Seasons Restaurant & Brewery with its multiple locations throughout Atlanta, Georgia.

The progress is thanks to the tireless efforts and dedication to coming to a reasonable and beneficial compromise in updating Georgia’s current legislation governing beer. According to the statement by the GCBG, wholesalers and brewery representatives worked together through the second half of 2016 “to discuss common sense updates.” Nancy Palmer, Executive Director of the Georgia Craft Brewers Guild, was quoted “with suggestions championed by both brewers and wholesalers, Lt. Governor Casey Cagle, Speaker of the House David Ralston (R), House Regulated Industries Committee Chairman Howard Maxwell (R), and Senator Jeffares have provided guidance to create this legislation. Their commitment to supporting the small businesses of Georgia shines through in SB 85.” Palmer emphasized how pivotal the Georgia Beer Wholesalers Association participation was in the process saying, “The business leaders of the GBWA have been crucial in this process.”

All parties involved are expressing enthusiasm and optimism over the bill. Even Lt. Governor Cagle expressed in a quote “I applaud the industries for coming together and agreeing to an innovative solution,” adding that “The shared interest of supporting our emerging small business and creating more opportunities for Georgians is clearly reflected in this legislation.” 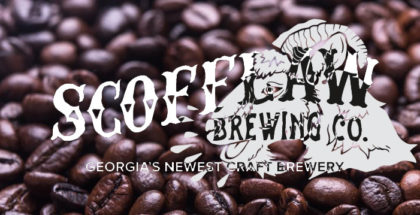