I just enjoyed the strongest beer I’ve ever had. Coming from one who actively seeks out high gravity beer, I feel like that’s something of an accomplishment. Even more so considering it’s from North Carolina, a state where the statutory limit of alcohol in beer is 15.0%. And while I don’t see much point in setting a legal limit at all, it’s very much preferable to the previous limit of 6.0% (I mean, really?). Thankfully this was lifted in 2005 when former NC governor Mike Easley signed NC HB 392 into law. I feel safe speaking for beer aficionados across the state when I say, “Thanks, Mike.”

The beer is Hi-Wire Brewing’s Raspberry Wheat Wine, one of their Ringmaster’s Reserve Series. A 13.0% ABV, wheat-heavy barley wine variant, Raspberry Wheat Wine was brewed with 300 pounds of raspberries and aged in red wine barrels for three to four months. It pours a deep ruby hue with a tinge of orange that comes out in the sunlight. The raspberry scent is prominent upfront with a malt and toffee background. On the tongue, however, the delicate raspberry flavor makes room for the full-bodied maltiness and enough of the wine barrel’s tannin bitterness to keep the sweetness from becoming cloying. I found the raspberry comes out more on the back end, carrying with it a touch of tartness that lingers on the taste buds and in the nostrils. It’s every bit a boozy beer experience, so I encourage sipping it like one would a wine, otherwise it can be overwhelming.

If you’re interested in picking it up, this is not the easiest beer to find. Hi-Wire doesn’t even mention it on their official site. I stumbled upon a 22oz bottle (the only available size) at Sam’s Bottle Shop on highway 54 in Durham for about 12 bucks, which I think is a great deal considering what specialty beers can cost these days. 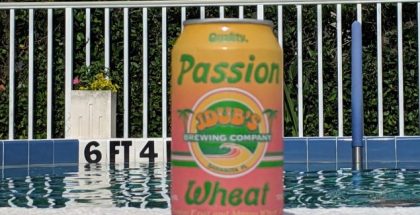 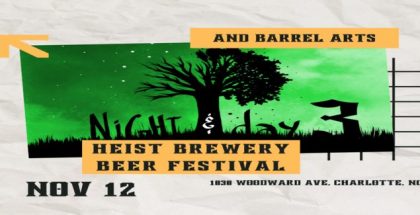 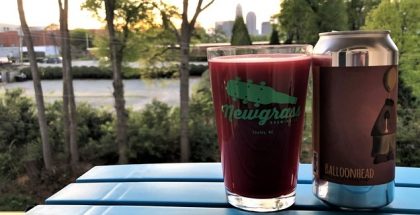