Beer is a luxury. An accessible luxury like a movie ticket or restaurant visits, but a luxury nonetheless. It’s really difficult for me to splurge up to fifteen dollars on a 22 oz. bomber of beer unless I’m sure of the brewery’s quality or the style makes the price worth it (imperial stout or gueuze). I much prefer making a decorative mix-six for the same cost, giving me more beers to experience all at once. The love of finding new beers is what led me to beer trading in the first place.

There are tiers of people who are willing to take extra steps to find new beers. Some people will jump to a beer festival that has up to 60+ beers on tap. Others will start hosting beer shares so locals finally have an opportunity to pull out beers from the cellar. Beer trading is usually the last step toward craft beer exploration, having an underground community and terminology for sending beer to one another. I’ve started to notice the need for beer trading is less about sharing and more about “whales.”

A “whale” is a trophy beer; defined by its rarity due to limited or experimental production becoming a highly desired commodity. Popular examples include Trappist Westvleteren 12 (XII), Westbrook Mexican Cake and The Lost Abbey’s Duck Duck Gooze. The beer trading community is starting to create new whales every month because of the influx of new breweries and you never know what becomes a whale until the dust blows over.

The problem I have with this practice is that it can make big annual beers impossible to find. Heavy hitters such as Fremont’s The Rusty Nail, KBS by Founders, and Cigar City’s Hunahpu will get snatched up the day they are dropped at bottle shops or hoarded from festivals.

I started to leave Facebook beer trading groups because they were about trading whales only. I would see one “Let’s trade local stouts/IPAs” post out of about 30 posts asking for the equivalent of Morning Wood, Abraxas or PsuedoSue. Beer trading can give you incredible beers beyond your reach, but there’s always a lingering shadow of doubt. I imagine we all know one beer we happen to not like that everyone else just adores.

Every beer drinker will take that one loss not enjoying an 8 oz. pour of the rare, barrel-aged sour at the taproom. It’s another thing to blow $60 on an unsatisfying trade, plus an additional $20 from shipping costs. And you never just trade a single beer. There are useful Styrofoam containers to ship six-twelve bombers snugly, yet I’ve seen people post their hauls featuring fifteen rare, pricey beers.

Why should I buy a Cantillon Blåbær Lambic off the secondary market, when I’ve never had the standard Cantillon 100% Kriek in the first place? This is what causes the secondary market to balloon prices to exuberant amounts. Some breweries like Toppling Goliath have ended up selling their own beers at similar prices just to make sure the money circles back to those who made it.

When you put one beer on a pedestal, you slowly discount the rest of what that brewery makes. That’s why I ask for the beer trading community this one simple plea:

Consistency is the #1 concern for a brewery in my book. Year-round beers depend on having consistent aroma, taste and mouthfeel to guarantee faithful followers. These are recipes that are made over and over again until the brewmaster has nailed it perfectly. You cannot guarantee a one-time release or variation is going to be insanely good unless you already trust in the brewery’s other beers. A flagship has to follow these standards on a continual basis.

Now this isn’t to discredit breweries that choose to release whatever beer they feel like making. Places like Trillium, Jester King and The Veil are respected because they can create a myriad of wonderful beers in a short period of time. The problem with this production method is that it creates an inevitable scarcity for every beer made. Rare, aged beers used to be the commonly traded whale beers, but they’ve been replaced by the desire for the freshest, juiciest IPAs.

When I asked people about flagship beers they like over rare beers, certain names came up pretty frequently:

Founder’s Porter and Bell’s Two-Hearted are some of the best craft beers to their style and easily accessible. We take these beers for granted because we can easily find them in the supermarket. Other states are not as fortunate (as researched via seekabrew.com). The cost of the beer is not the same as what the beer is worth.

If I were to name some of my favorite beers from trading, they would be regional classics like Belgian Red from New Glarus and A Pale Mosaic by Hops & Grain. Don’t get me wrong; I’m ridiculously thankful to the people who traded Prairie Bomb and Treehouse Green with me. I just know the probability of tasting those rare beers again versus seasonal or year-round offerings is slim.

In the beer-trading world, it is considered a token of kindness to throw in a regional beer with your trade. My policy is that we should initiate trades based on what’s around us. Send out your favorite beers that don’t have distribution in your trader’s state. Send beers that are not in stores yet or come from unknown breweries in the trading universe. Keep trading. Keep organizing beer shares. Just center the experience on discovering new beers than hyping up the rarest beer in your collection.

Here’s a really great starter list of flagship favorites that not everyone has tried:

If you have any favorite year-round brews or have traded great region beers in the past, leave a comment below! 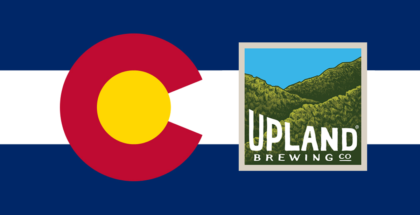 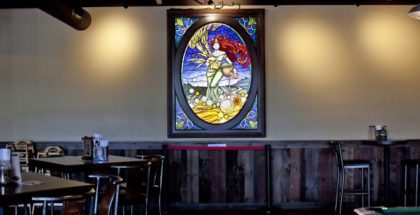