Of all the breweries in the Northeast, it’s likely that there is no better PorchDrinking Playlist subject than Bonn Place Brewing Company. As a relatively young addition to the growing beer scene in Pennsylvania’s Lehigh Valley, music plays a central role in every aspect of the brewery’s operation.

Bonn Place Brewing Company opened its doors in Bethlehem, Pennsylvania on July 31, 2016. Bonn Place’s Grand Chancellor and brewer Sam Masotto claims that he has loved beer since he turned 21, but this answer may just be a ruse to throw the cops off his trail. As a brewer he tries not to take himself too seriously. When asked about his brewing philosophy, Masotto simply replied, “Get over yourself. Your yeast does all the work anyway.”

In an attempt to coax that yeast into creating something beautiful, music is almost always being played at Bonn Place. According to Masotto, Bach’s Cello Suites are perfect for brewing and fermentation, and the yeast also responds very well to The Beatles.

Music determines both the flavor of Bonn Place’s beers and the mood of its taproom.

“You can smell beer, taste beer, feel beer, see beer… Listening to beer, although possible, is not as recognizable as the other senses. Music, conversations and environment REALLY engage that fifth sense… Well, the five that we’re aware of…” – Sam Masotto, Bonn Place Brewing Company

Sam doesn’t only craft beers. He also crafted one hell of a genius playlist, with an eclectic selection of music from artists who don’t just span decades, but centuries. If this is the treatment that the yeast at Bonn Place Brewing Company receives, sign me up for reincarnation and a job in primary fermentation.

Press play and, as Sam says, “Keep the vibe alive!”

Updated on 6/20 to correct Photo Credit. 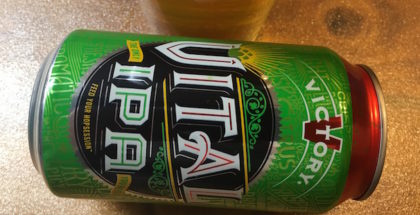 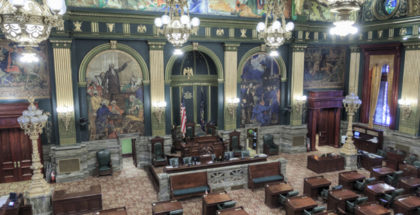