Pennsylvania’s state brewers guild, the Brewers of Pennsylvania (BOP), will be hosting the third annual Mid-Atlantic Brewers’ Symposium in State College, PA. This two-day event will include a welcome reception on the evening of Thursday, September 7, which will be followed by the Brewers’ Symposium itself on Friday, September 8. The Symposium also happens to take place one day before the infamous intrastate rivalry between Penn State and Pitt plays out on the gridiron.

The event’s welcome reception will take place at Letterman’s Sports Grill & Gastro Pub from 7PM until 9PM on September 7. The Mid-Atlantic Brewers’ Symposium will begin at 8AM the following day at The Penn Stater Hotel and Conference Center.

The Brewers’ Symposium will begin with a breakfast, followed by a “State of the Union” address by Chris Lampe, BOP President and co-owner of Weyerbacher Brewing Company. The rest of the day will be comprised of seven 45-minute seminars, which will be led by leaders of the craft beer industry.

Seminars will include Legal Updates, Producing Hard Cider and Federal/PA Labeling Requirements, Think Like a CFO, Current and Future Plans for Hops Trials and Research, Brewing Up Capital, Funding Brewery Expansion, Great Beer is Not Enough: How Social Media Can Create Raving Fans and Increase Consumer Demand, and Protect Yourself and Your Brewery. Presenters will also educate attendees about the recent changes to liquor laws and the impact they will have on craft brewing.

“Each year, the BOP Mid-Atlantic Symposium has grown with brewers throughout the state receiving valuable education and insight into the business, science, and network of brewing… This influential event is geared toward helping Pa. brewers, big and small, build their brand and increase business, while also giving them a unique perspective on Pennsylvania’s ever-changing craft beer landscape.”

– Dan LaBert Executive Director of the Brewers of Pennsylvania

Participation in the BOP Mid-Atlantic Brewers’ Symposium, which will be co-sponsored by American Keg, Bad Rhino and Wells Fargo, will be free to all BOP member breweries, and non-member licensed breweries and homebrewers will be able to attend for a fee. 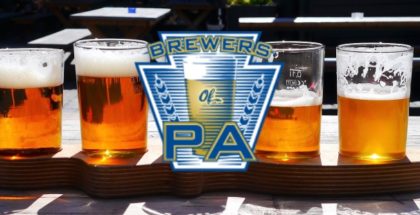 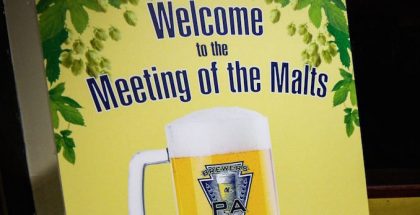