Saying goodbye to summer is never easy—especially for those of us that reside in Seattle. The transition to fall is synonymous with diminishing daylight, raincoats, umbrellas, and the retirement of beloved camping gear until the following spring.  But it isn’t all bad. Fall brings golden foliage, flannels and beanies, and of course, beer. Lots of it. Case in point: Fremont Brewing’s Field to Ferment, the freshest and most delectable Pale Ale that you’ll be able to get your hands on this season.

This beer, which is constantly brewed throughout the hop harvest in Yakima, is the result of an impressive undertaking between Fremont Brewing and their hop farmers. The goal for the respective parties is simple—to produce the freshest beer around in celebration of Eastern Washington’s hop harvest.

But the logistics to produce that goal are complicated. The roughly 1,300 pounds of fresh hops used in each batch of the Field to Ferment, after being harvested, are separated from the bines, stored in specialized bins, and transported over the Cascade Mountains in a refrigerated truck to Fremont’s brewing facility in Seattle. By the time the hops make it into the mashtun, it will have been less than 24 hours since they were picked. It doesn’t get much fresher than that.

“With Field to Ferment, we share our passion for the fleeting joy of these once-a-year fresh hop beers which are one of the most unique offerings of Northwest craft beer,” said Matt Lincecum, CEO of Fremont Brewing.  “The harvest season is a marvel of ingenuity and hard work as Yakima’s farmers work 24 hours a day, 7 days a week until the harvest is finished, and we brew around the clock to keep up with them. Fresh hop beer is truly the iconic seasonal release for the Pacific Northwest.”

Throughout this season, Field to Ferment will be brewed with three different hop varieties: Centennial, Citra and Amarillo. Each 12oz can is printed with ‘CENT’, ‘CIT’ or ‘AMA’ at the bottom of each can to differentiate the variety, and the varietal and date of code is also printed on the carton logo of every 6-pack that will be available.

We were lucky enough to get our hands on a 6-pack of the Field to Frement brewed with Amarillo hops last week. Not surprisingly, it was incredible. After those 1,300 pounds of Amarillo hops, it’s obviously hop forward, but don’t expect overwhelming bitterness. Instead, this beer balances crispness with undeniably flowery and spicy aromas and flavors of Amarillo hops. It finishes off nice and clean—with just a hint of citrus and pine. It finishes at a solid 6.0% ABV and 50 IBUs.

Get your hands on Field to Ferment now in Fremont’s areas of distribution. Cheers! 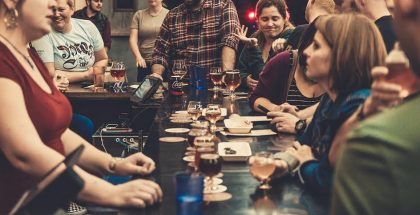 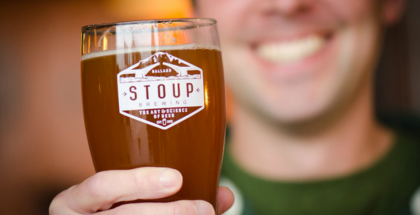