Now you might be thinking, this guy chose this beer solely because it is so fun to say. While Double Dry Hopped Double Mosaic Daydream may be catchy, this beer has so much more to it.

Other Half burst onto the scene only three years ago, which is an infant in the world of craft beer. Since then, they have absolutely killed it. So far, DDH Double Mosaic Daydream has taken the cake for my favorite of theirs that I’ve had the pleasure of trying all the way out here on the West Coast. 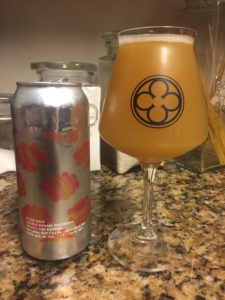 What you’re getting yourself into with this is beer is an (obviously) double dry hopped imperial oat cream IPA. It is brewed with Mosaic hops, lactose sugar and oats. Right off the bat, you should expect a balance of citrus, tropical, pine and spice from those Mosaic hops, a creaminess from that addition of lactose, and an overall richer and thicker texture and mouthfeel from those oats.

The toughest thing about DDH Double Mosaic Daydream is that it is very hard to get a hold of. Other Half releases their beer from the brewery only. You’ll typically find yourself in a line wrapped around the street just to get your hands on their latest release unless you find it on draft somewhere locally. Other Half has brewed this particular beer more than once, and according to their site, the availability is listed as “occasional.”. My can displays the date 08/10/17. Your best bet in getting it if you don’t live in or near Brooklyn is the same way I did: trade for it. Even if you can’t get this particular beer, Other Half has a few variations that are also very popular.

When you crack DMD open, you question for a second that you didn’t get punked by some guy who replaced your beer with orange juice. It pours a beautiful, hazy, golden, yellow. It has a fully opaque body with a thick head of quickly settling foam that visually was so creamy you could have mistaken it as being on nitro.

On the nose, freshly squeezed tangerines dance up the nostrils like you’re standing in a grove of them. With an 8.5% ABV, you can detect a slight hop presence in the aroma as well, but it’s in no way distracting or unpleasant. The flavors are everything you want from an East Coast juice bomb. Those strong orange citrus characteristics are again all over this. So much fresh squeezed OJ notes it’s crazy. However, at the same time there is distinctly stronger hop bitterness in the flavors here than on the nose. This was crucial to the overall success of the beer, and they nailed it. It is by no means overwhelming, and it’s impressive that the bitterness wasn’t more prevalent in this beer with the ABV sitting where it does. A really incredible job of making this beast tasty and masking any unbalanced booziness that could have snuck through.

The body of this beer is one the best parts. A medium gravity beer that is just so creamy. Think dreamsicle, and I’m barely exaggerating. The carbonation is light but sharp, and you get a slight lingering stickiness in the finish. While I tried to be slightly liberal with my review here, this beer is up there. Competing with the likes of hazy whales from Treehouse, Monkish, Trillium and others, this has got to be my favorite Other Half beer so far. As a disclaimer, keep a close eye if you have any small children. They may smell or see this and come running. “No kids, this isn’t OJ, just don’t tell your mother.” 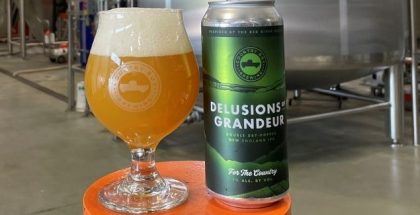 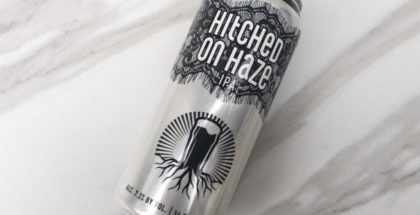 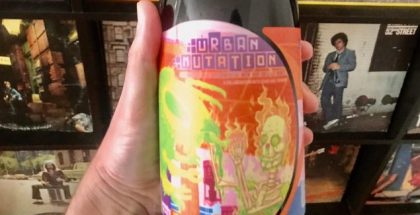