You can add Founders Brewing to the list of breweries that have put out their 2018 beer release calendar. And Founders is looking to build on a massive 2017 with another big year of releases and additions to their lineup.

In new additions to 2018, Double Trouble makes its return in May, while a new taproom carryout series called the “Mothership Series” will feature several beers available only in 6-pack carryouts from the brewery. The first one will be Red’s Rye IPA, which will be available in February.

There are also four new surprises in the Barrel-Aged series. They’ll be released throughout 2018 with more information to come as the release gets closer. Last year’s Barrel-Aged series included the likes of Frootwood, DKML, Doom, and the heralded Canadian Breakfast Stout.

Finally, All Day IPA, Rubaeus and all the seasonal beers will be available in 6-packs. For a breakdown of the entire calendar, click here. 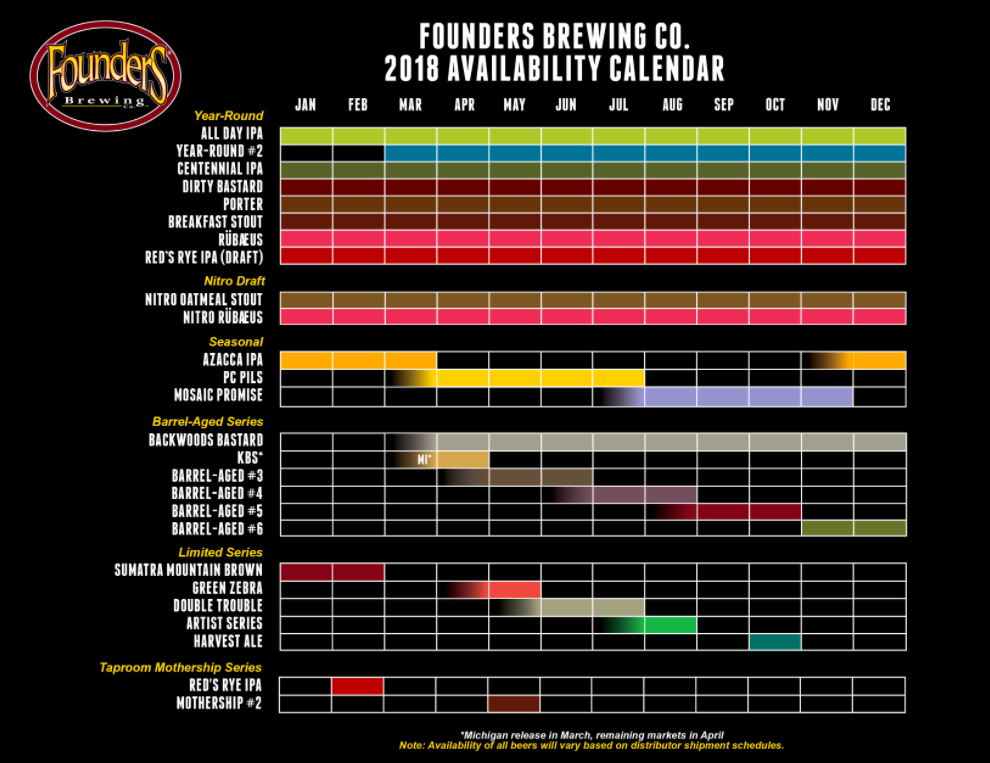