The Winter Craft Beer Festival is out with a pour list that’s sure to coax even the most stubborn out of hibernation.

The festival, taking place in Boulder on March 3, boasts a lineup of 52 breweries from 10 states this year, including Colorado mainstays Oskar Blues Brewery, Odell Brewing Co. and Left Hand Brewing, as well as out-of-state favorites like Surly Brewing Co. of Minnesota and Dogfish Head Brewery of Delaware. Cold-weather styles like porters, stouts and Belgian strong ales are prevalent, though the list is also rounded out by lagers, IPAs and offerings as diverse as sours and even a chili beer.

Regardless of their size or origin, participating breweries will have one thing in common this year: They satisfy the Brewers Association definition of “independent craft brewer.”

“This is important to us because we believe that festivals are an important part of the marketing for craft brewers,” festival co-organizer Ross Bowdey explained. “So if our attendees can know that all of the beer they are tasting is independently owned, it can help them make decisions at their local liquor stores in the future.”

Bowdey said he started the Winter Craft Beer Festival with friend Trevor Rhodes in 2015 because there are fewer events during the winter months despite the fact that “there are so many more styles being brewed to allow for the most versatile beer lineup possible.”

A gander at the pour list certainly underscores that assertion. Asked what in particular he’s excited about, Bowdey cited the Dragon’s Milk stout from New Holland Brewing of Michigan, Surly’s Darkness, a Russian imperial stout and 2×4, a double IPA from Melvin Brewing of Alpine, Wyo. Locally, he pointed to the Peanut Butter Porter from Lafayette-based Liquid Mechanics Brewing Co., the Double Chocolate Smores stout from Boulder-based Wild Woods Brewery and the India Red Ale from Fate Brewing Co., also in Boulder.

One notable absence from the lineup will be Avery Brewing Co. The Boulder powerhouse no longer qualifies as an independent craft brewer under the Brewers Association’s guidelines after selling a 30-percent stake to Mahou San Miguel, a Spanish company that owns a similar stake in Founders Brewing Co. of Grand Rapids, MI.

The Winter Craft Beer Festival is taking place in an underground parking structure underneath the 29th Street mall. To guard against the cold (last year was particularly chilly), Bowdey said organizers have been testing different heaters, as well as moving the festival to an even more protected space to prevent wind chill. In addition to beer, festival-goers will have access to food trucks, a live band and a silent disco.

Tickets are $45 for general admission, including a souvenir glass and unlimited samples, and $70 for the VIP package, which comes with access to exclusive, small-batch beers and a one-hour early entrance. But use the promo code PORCH for $10 off either ticket type. Designated drivers can gain admittance for $5. A portion of the festival’s proceeds will go to Community Cycles, a local bicycle advocacy organization. 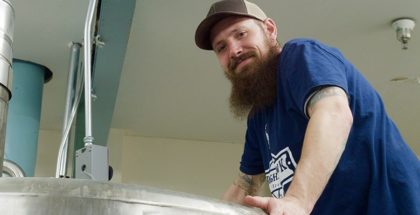