There’s energy in the air. You can feel it. It feels exciting. Monday Night Brewing just celebrated their 7th anniversary last week, so we sat down with Peter Kiley, Head Brewer, to catch up on the last seven years. I met Kiley with a pale golden liquid-filled glass in hand, he greets his friends and family with warm hugs and firm handshakes. This place feels important. It feels like home. Like family.

Wherever there was laughter, Peter was found in the midst. When we finally connected, we walked around for a bit, searching for a quiet place to talk. I ask him, “When he wanted to do that interview” and he jokingly responds, “Do you want me to be drunk? Or do you want me to be sober?” Before the interview starts, he disappears for minute or so to embrace some friends, then returns to bring me to The Coolship Room, which is better known as the “Crunkship,” a room built for open fermentation. 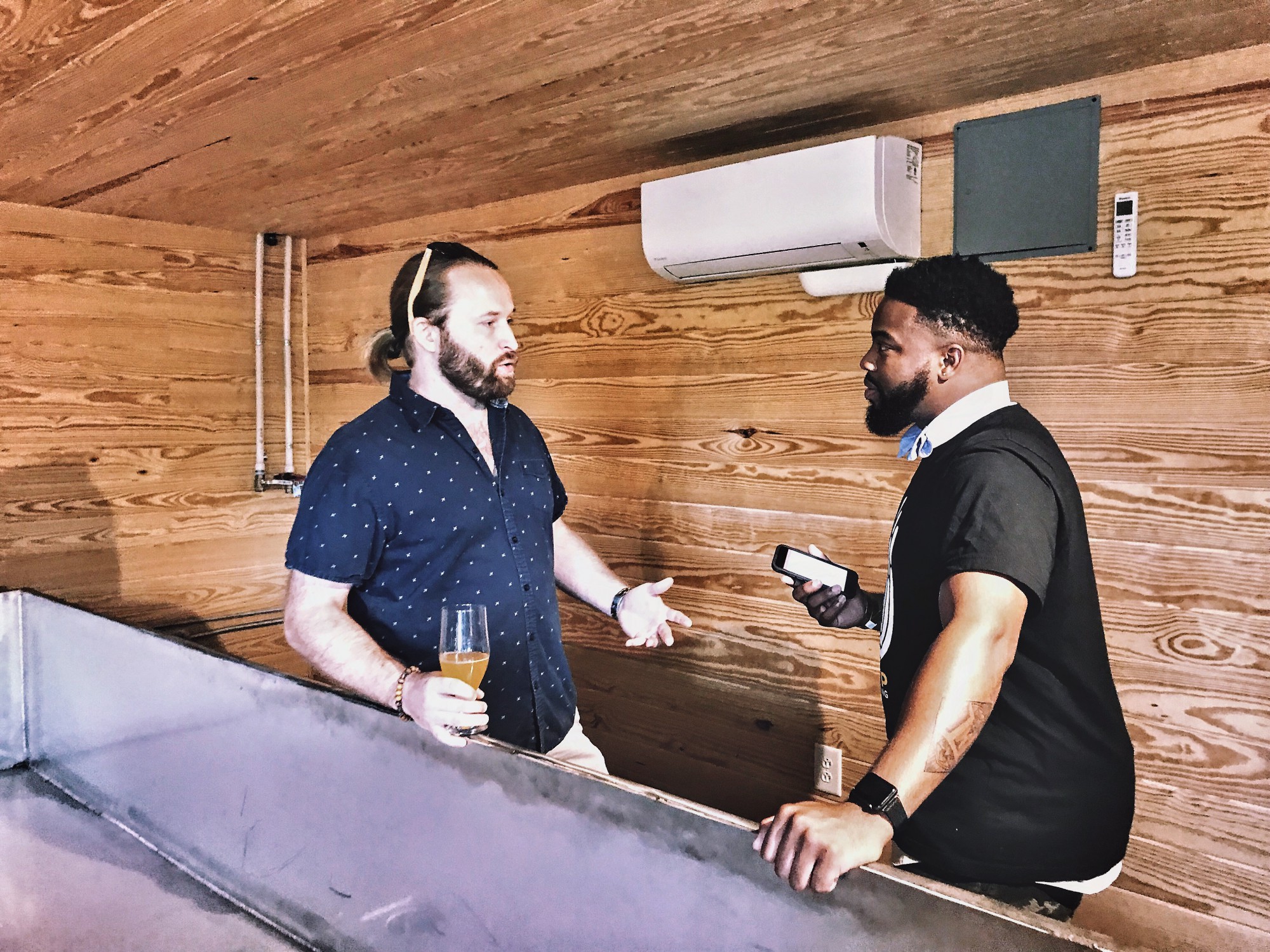 What does it mean for you to have reached seven years at Monday Night Brewing?

Seven is a really good number to me, especially with the Garage. I remember last year was the beginning of the Garage. It was the opening, so it was the most stressful time. I enjoyed it so much that we crossed the finish line but, once the party was done, there was still so much work to do. We literally finished the build out of the Garage 15-minutes before we opened the door. Life was really confusing and exciting, but also scary. Knowing that we had this whole place now and we’re making sour beers. We’ve never made sour beers before. So we had to just hit the ground running and, if we didn’t do right, first impressions last. So it kinda had me upside down for a while.

What’s one of the major difference between this upcoming year and the years before?

This year, I see it now and feel reinvigorated in a way that is unique. It reminds me of my second year, when I really got my legs underneath me coming from wine to beer. It took a while to get acclimated. And now with this year, I feel the same way again for the first time in a while. Right now the future to me is really clear. Its got a vision behind it. It makes sense now. And it’s exciting because there’s so much that I thought, for all these years, I wasn’t fully in control. To the point where I embraced the fact that I can’t control everything. I still feel that way sometimes, but when it comes to our beer now, I feel the exact opposite. I fully understand how I’m going to achieve this goal of what this flavor is going to be. It’s less of “Jesus, Take the Wheel” and more if I stick to the original plan, I can get there. I’ve proved it to myself enough times now. I used to lack confidence, but now I gotta shed that. Especially with having a son and having a family. The time of saying, “I think I got this” is over. I got this!

What’s your biggest takeaway from the last seven years?

If you could brew seven beers for the next seven years, what beers would you brew? 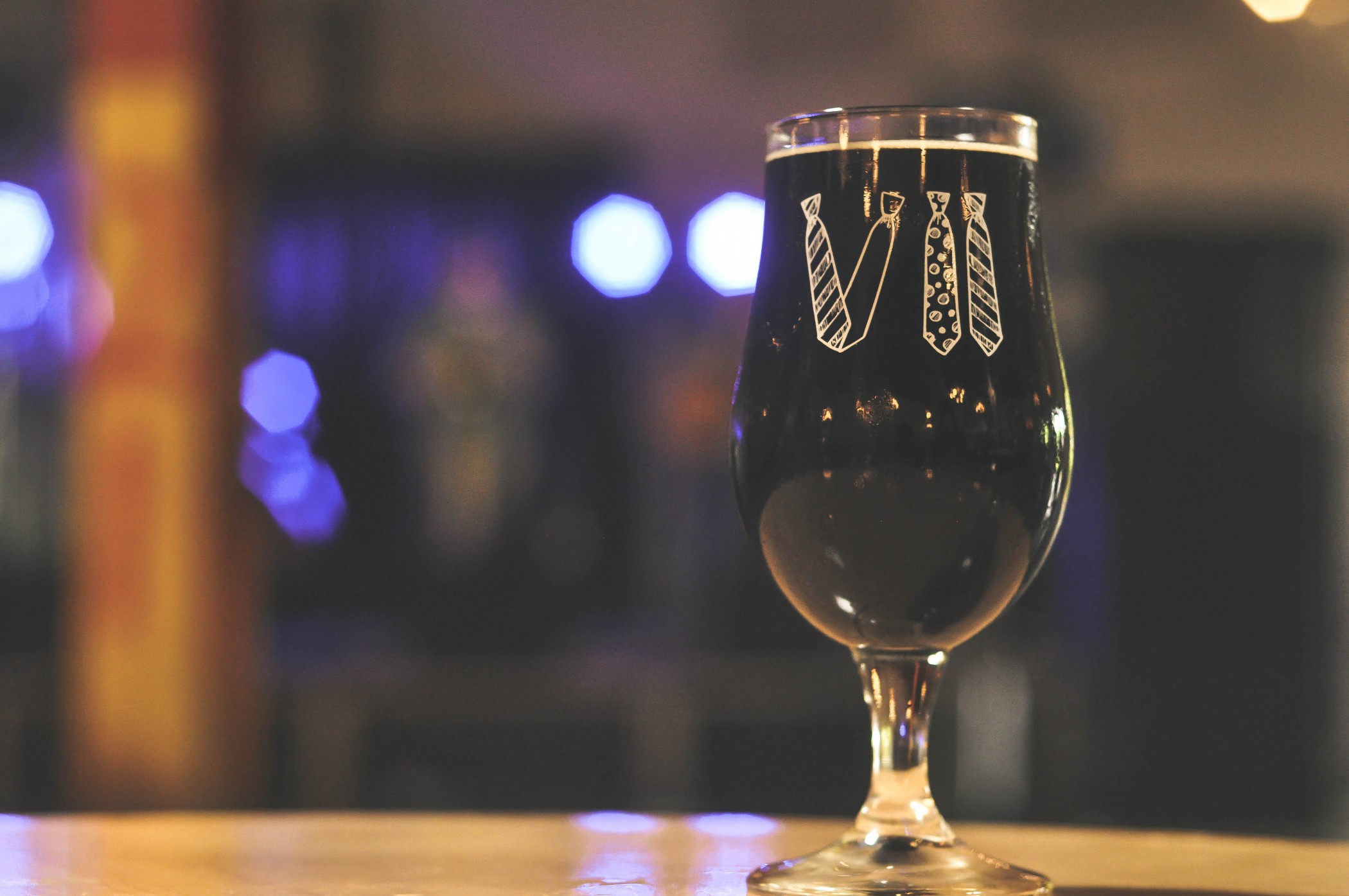 Your last one, I want to know a beer that you’ve brewed, that you’d brew again. I want specifics.

You guys know me, I love big barrel aged beers. So I would say, if I would get the chance to do one, this one would turn into so many different things; Situational Ethics. And you know what? I got three more Situational Ethics coming out this year that are out of control.

Seven years in Atlanta. What do you have to say to Atlanta?

To Atlanta? Man, all I gotta say is FILA.

And if you’re wondering where the seventh question was, you missed it.