Saturday, August 18, the Stone Brewing 22nd Anniversary Celebration & Invitational will run from 1 p.m. to 8 p.m. California State University San Marcos. Right now, you can buy $65 tickets for either Session A (which runs from 1 until 4) or Session B (which runs from 5 to 8). The pour list for each of these sessions is the same, but the music and private tastings will be different for each. More on that later. 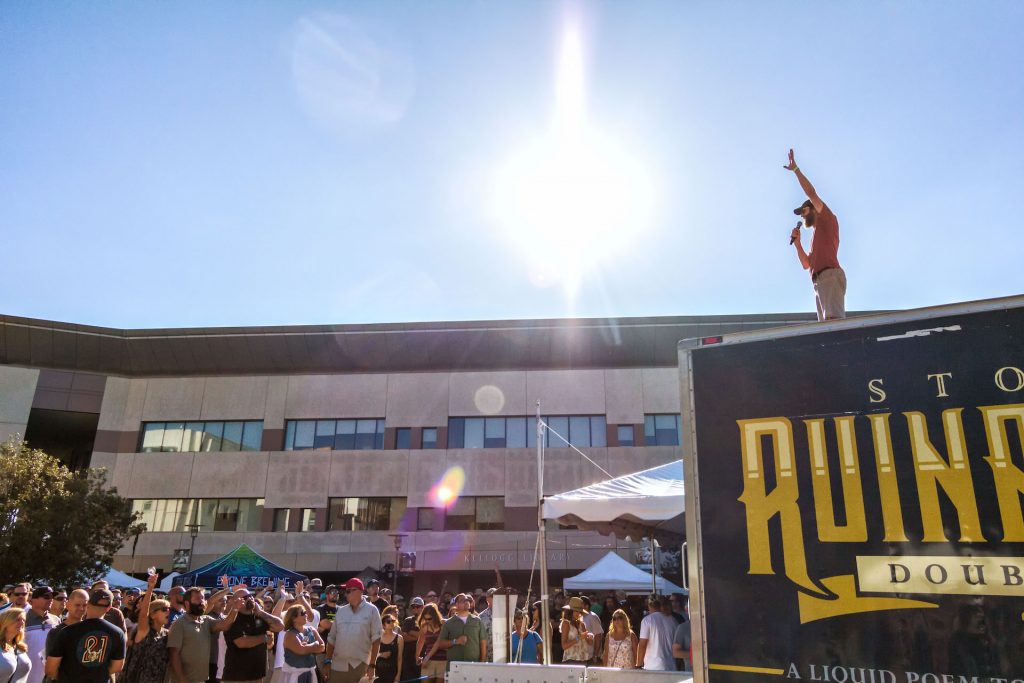 The 22nd Anniversary Celebration & Invitational will be held at California State University San Marcos, just a stone’s throw away from their Escondido location. The university’s setup creates three levels for all 55+ breweries in attendance, and offers all the necessary parking (including overnight parking). And hey, here’s a fun fact: Stone was founded in San Marcos and the brewery still works to foster its relationship with the community.

Tickets for Session A and Session B are $65 (or $15 if you’re a designated driver) and can be purchased from Eventbrite here. That gives you access to unlimited two-ounce pours from 55+ breweries, live music, a cigar lounge, and a commemorative Stone glass.

Sorry to break hearts, but the $99 Rare Beer All-Access ticket — which gets you 20 exclusive beers and all-day access to the event — is sold out. There’s no secondary market, either, so you’re just going to have to wait until next year.

If you’re at a college, might as well go to class, right? For an extra $15, you can book any of the four private tastings being offered Saturday. Each is in its own classroom (where it’s air conditioned!) and offers a more intimate setting with the brewer than just ordering and receiving a beer from the tap. The brewer walks you through the inspiration for the beer, what makes it unique and the qualities of the beer. The groups are small enough to allow for Q&A. It’s still a casual environment, but is worth it for the chance to hear directly from a brewer.

A bit of a heads-up: please make sure to check the time of the private tasting you’re booking to make sure it takes place during the session for which you bought tickets.

In the 22 years Stone Brewing has been around, they’ve donated almost $4 million to charity — and a huge part of that comes from the annual anniversary celebration. These organizations are near and dear to Stone’s co-founders and popular among the team. And thanks to 700 people volunteering, Stone is able to donate 100% of the proceeds of the event to the following charities:

For every one of those organizations, this event will be the single largest source of funding they receive in the year. That’s pretty cool.

Now for the beer. Get ready to scroll, my friends. The list of brewers and their beers is absurdly amazing. I’m told by the team at Stone that HALF of these breweries weren’t in attendance for last year’s Anniversary Celebration & Invitational, so there’s some variety here. Also, a bit of Stone Brewing trivia: this list features a sort of “Tour de Stone” because ALL FIVE Stone locations have beer that’ll be poured on Saturday. I’m omitting the Rare Beer List since those tickets are sold out, and I don’t even want to tease you. But for Session A and B, the list is HUGE; by my count there are over 150 different beers being poured. Check out this list:

There’s a whole lot of information about the event at Stone’s website. Enjoy! 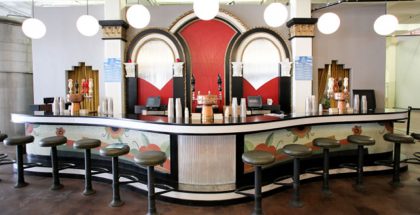 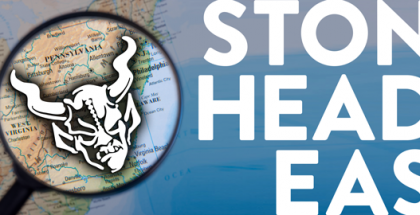