Nobody really knows where Pepe came from, but legend has it he was born in the back of a dingy bar. As the story goes, his first drink was tequila. There are rumors his father was a traveling luchador and accidentally left him behind after one of his matches. A pack of coyotes found him and raised him as their own. Surely, you’ll hear a hundred more stories about his origins but one thing is clear: Wherever Pepe Loco came from, El Campeón is here to defend good taste, wear tight pants and give you a victory dance.

Pepe Loco is the newest release from Santa Fe Brewing Co. (SFBC) It’s a crisp, clean, clear Mexican Lager that’s so refreshing you could drink it all day. Research and development brewer David “Merkin” Ahern-Seronde crafted this beer for his love of Mexican Lagers and the complexity of trying to make the perfect rendition. “It’s a hell of a lot harder to make a clean, clear Mexican Lager that drinks well than a hoppy IPA,” Dave explains. This beer is smooth, balanced and completely crushable.

Ahern-Seronde made a test batch back in 2017 and SFBC was thrilled with it! It was exactly the kind of beer they had been looking to brew, and after a few months the brewery released the beer. The recipe required a few adjustments in order to ensure a decent shelf life once in a can, but Pepe has entered the ring!

Santa Fe Brewing Co. celebrated the beer’s release on Cinco de Mayo with parties at all four of their taproom locations. 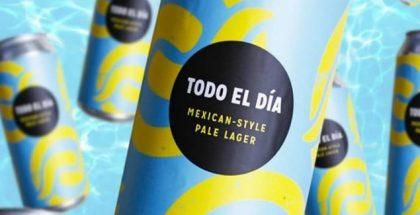 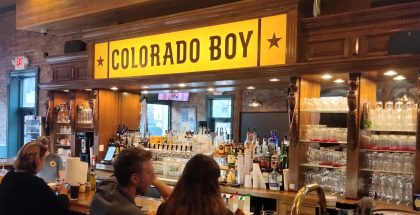