If you donut know, National Donut Day is today (June 7)! For all you beer lovers out there who indulge in a donut every now and then, perhaps with an emphasis on the “now,” here’s a pairing that will make your taste buds dance in joy.

There’s always some fun in pairing various foods, sweets, desserts, etc. with various different types of beers. This particular pairing puts an emphasis on the sweet. The dough-y fried/baked goodness that is a donut is such a sweet treat to enjoy on all occasions. So, in preparation for National Donut Day, we hit up Voodoo Doughnuts and raided the beer fridge to create this perfect pairing. 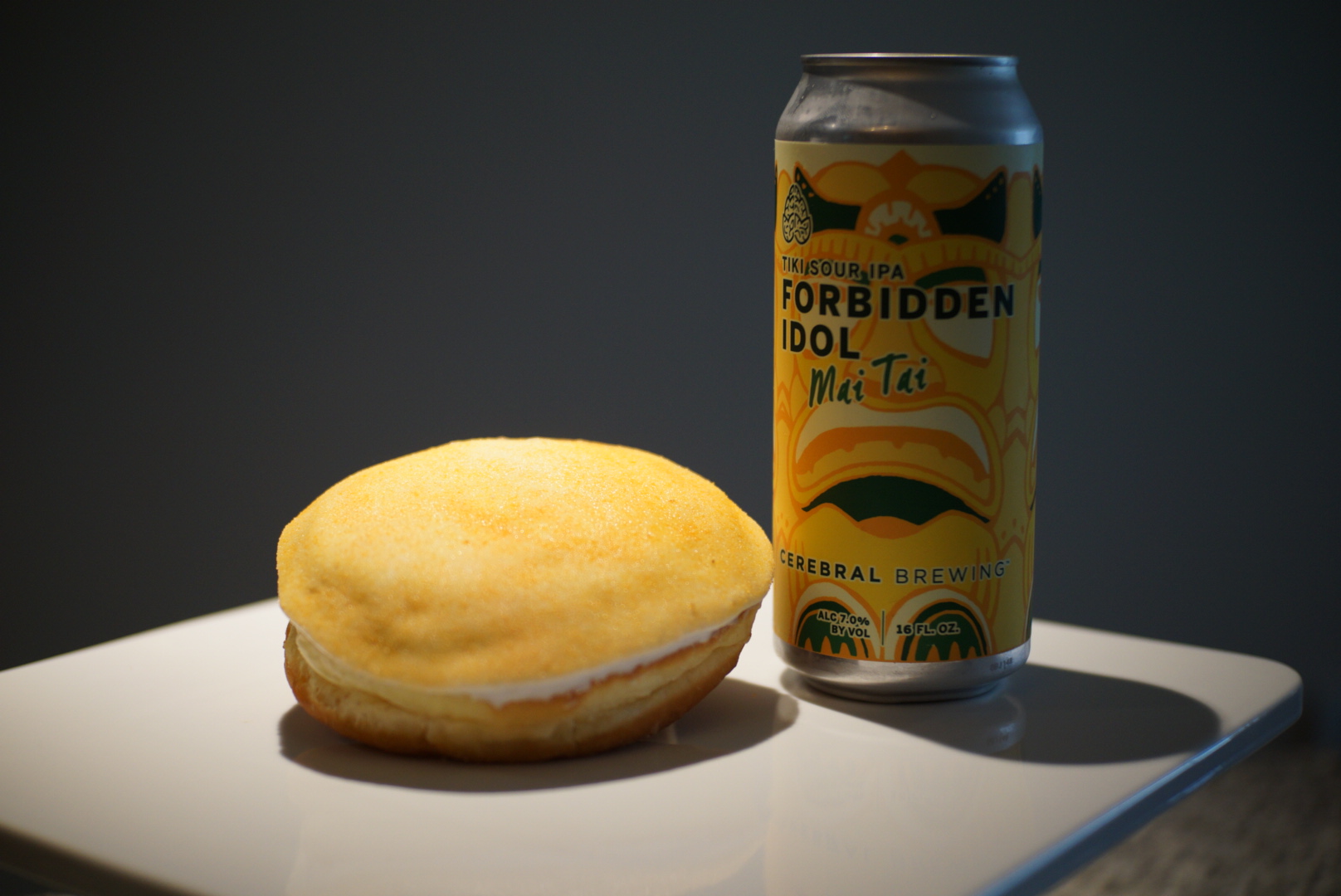 If this pairing isn’t the definition of tropical goodness, then you’ll have to take another bite! A sip of this beer will make you feel like you’re on beach in the tropics somewhere. As you take a bite out of the donut, the mango filling will only enhance that feeling. The mango brings out the tropical notes of the Tiki Sour IPA, and adds a sweetness to the beer. The hoppiness balances the sweetness of the donut, creating a perfect tropical getaway for your taste buds. 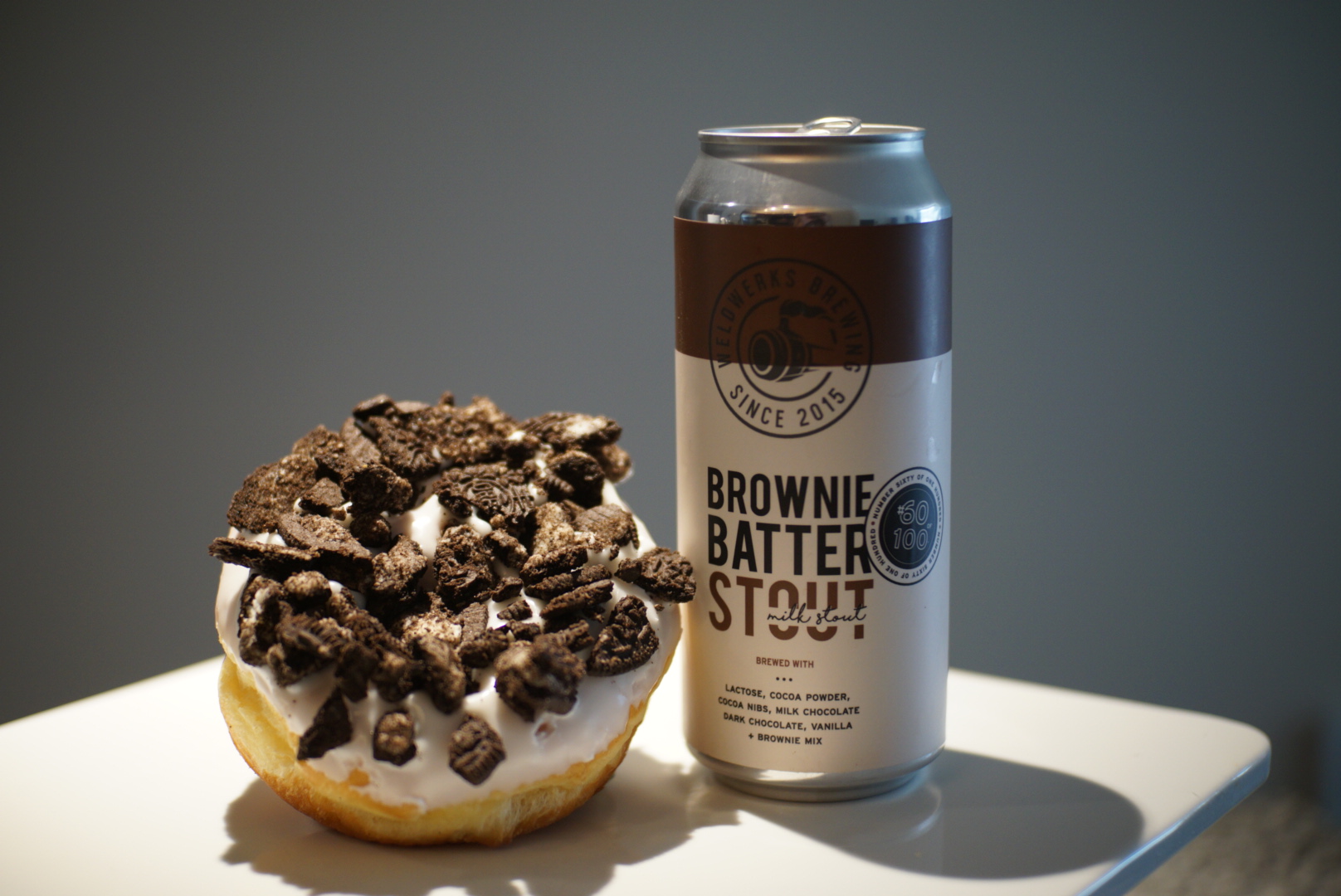 When you eat Oreos, you dunk them in milk! So, why not pair it with a chocolate-y milk stout? WeldWerks’ Brownie Batter Stout brings out the chocolate notes in the Oreo and enhances the flavor of the donut. Not to mention, the milkiness of the stout brings out the cream flavor in the donut. If you’re worried about it being overly sweet, it isn’t! 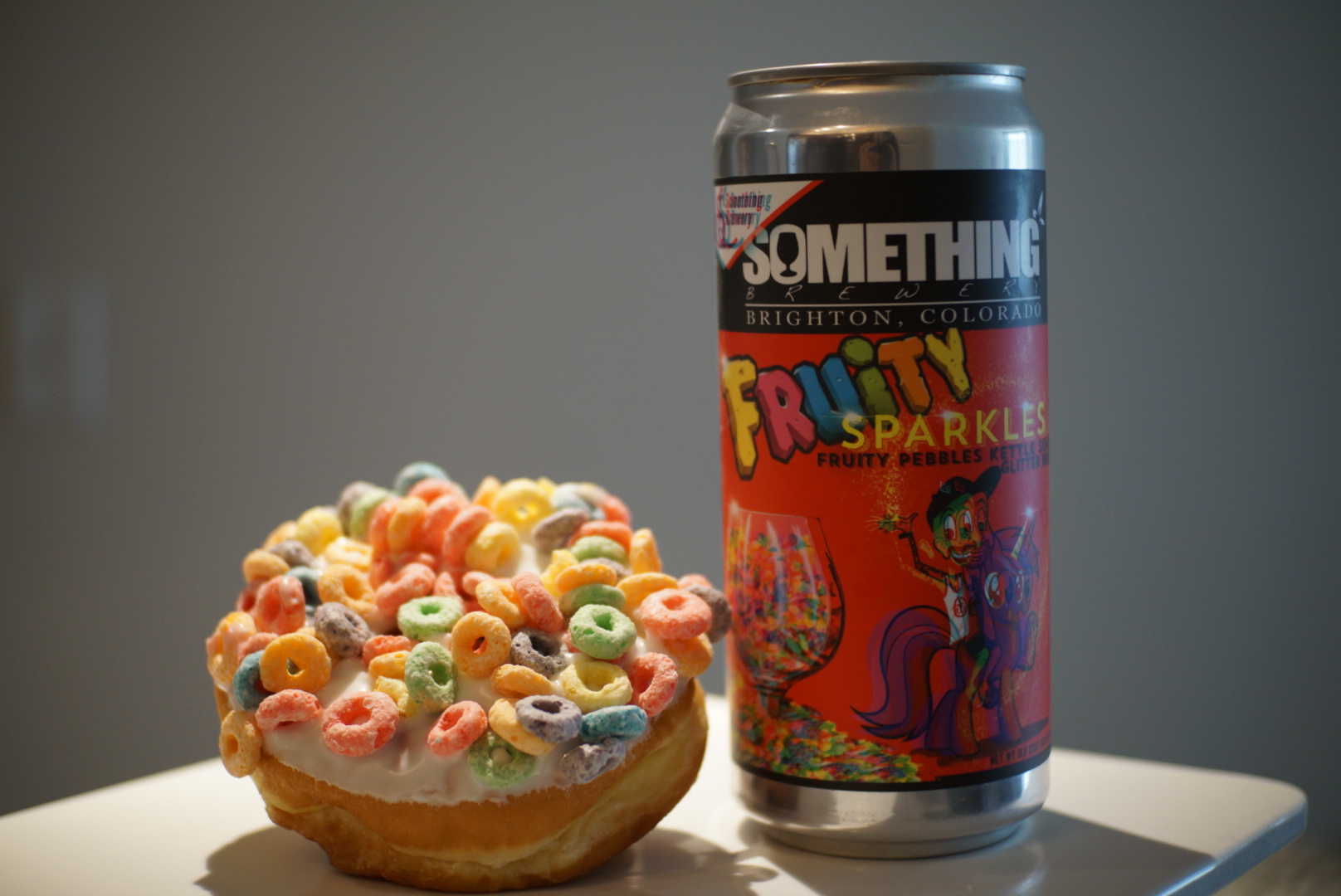 Who’s a fan of Fruit Loops and Fruity Pebbles? Well, if you are, this will not only be a flashback to sugar-fueled childhood mornings, but a pairing made in cereal heaven. Bright and colorful, this fun pairing brings out the best in breakfast cereals. The fruit loops on the donut enhance the cereal notes in Fruity Sparkles, while the tartness from the kettle sour cuts down the sweetness a bit. It’ll leave you asking for seconds! 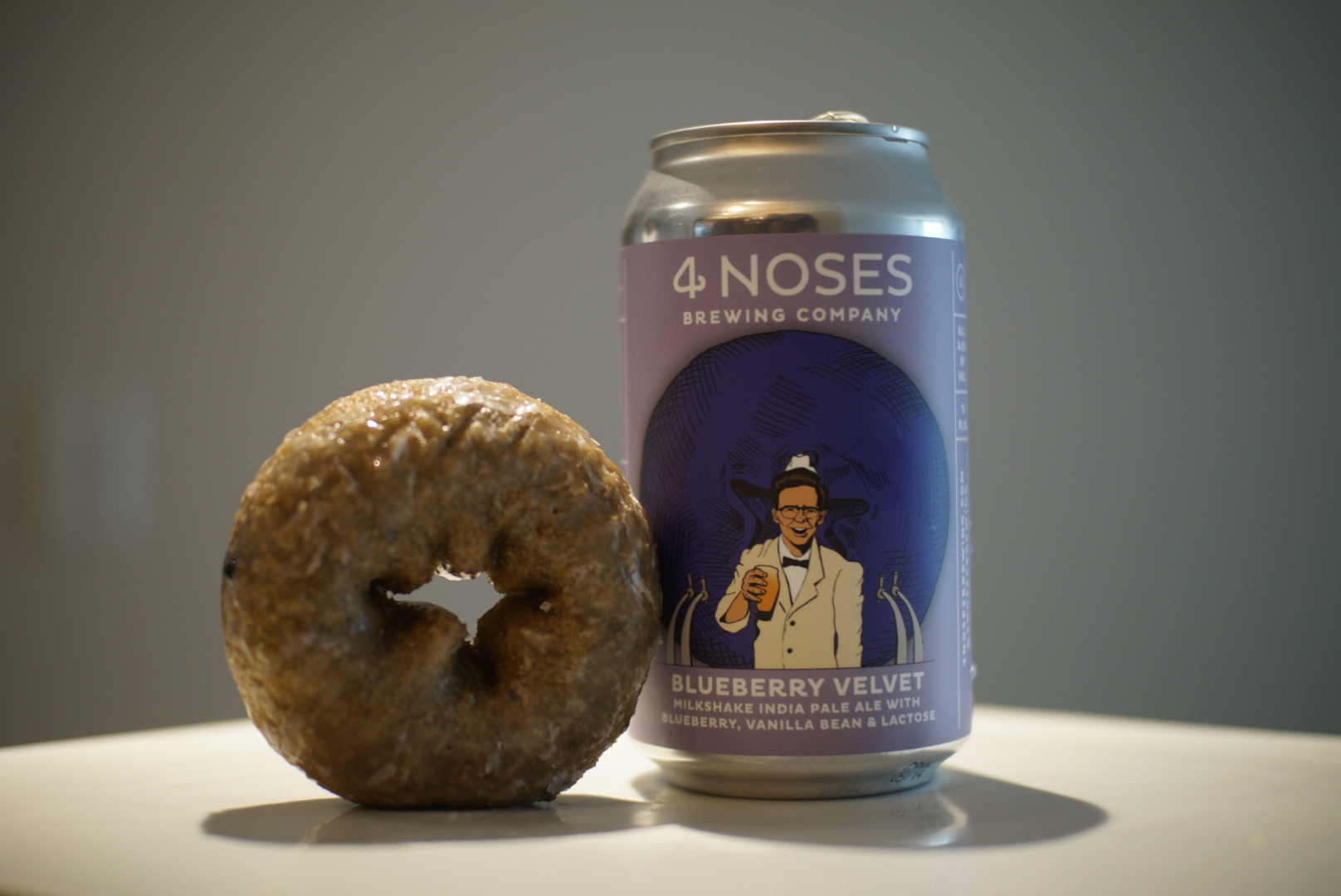 It only seems logical to pair a blueberry beer with a blueberry cake donut, right? Well, this matchup of  blueberry does not disappoint. Rather than going with a more traditional donut, this cake donut is a bit more dense and fully packed with flavor. It’s not overly sweet, which creates a balance with the milkshake IPA. Each enhances the blueberry notes in the other. It’ll be a pairing you wouldn’t mind a few of for breakfast! 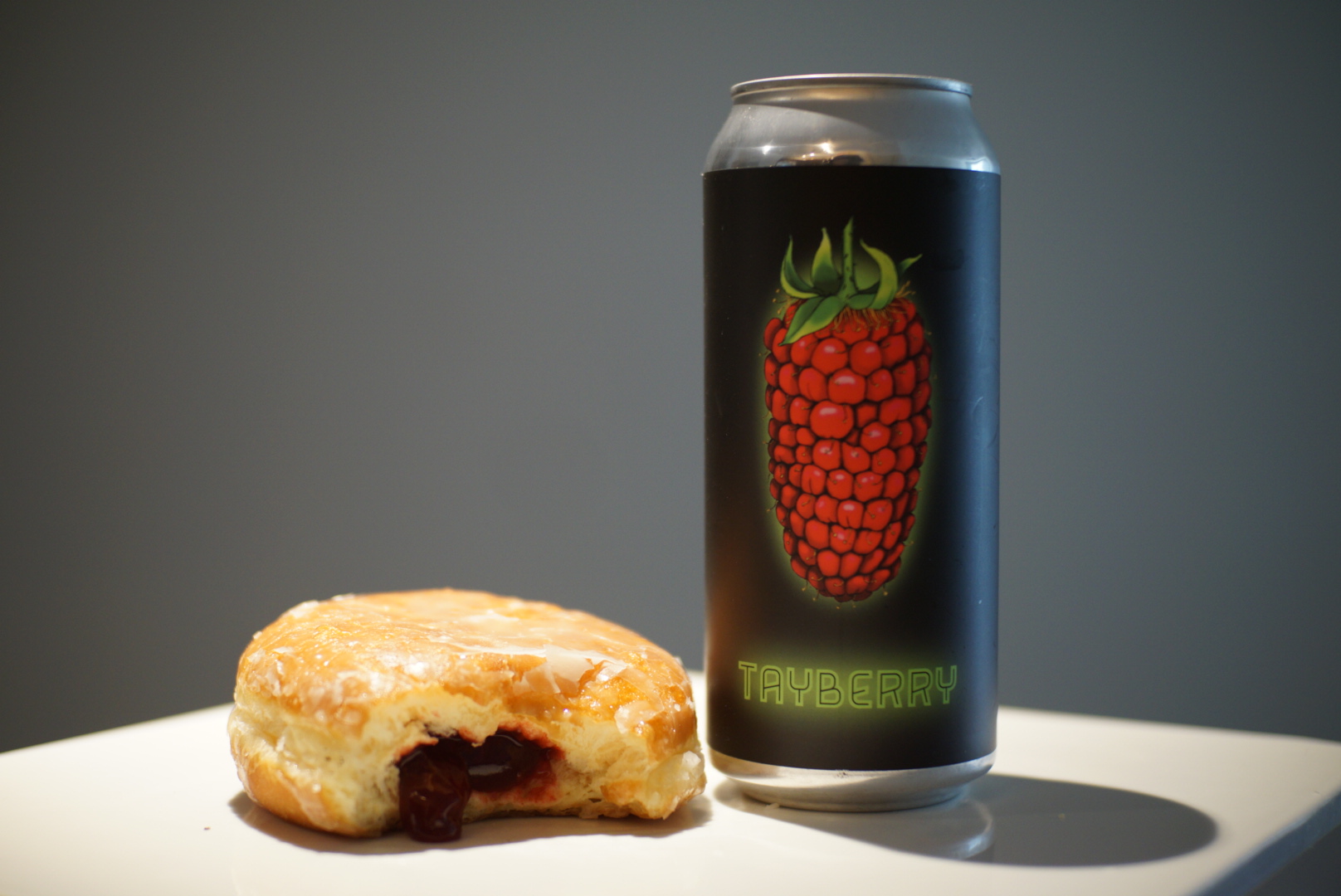 This pairing is a match made in berry heaven. The classic glaze donut shell is filled with juicy, sweet raspberry goodness on the inside. The tartness of the beer cuts some the sweetness of the donut while enhancing the berry notes in both. Needless to say, this is a berry good pairing! 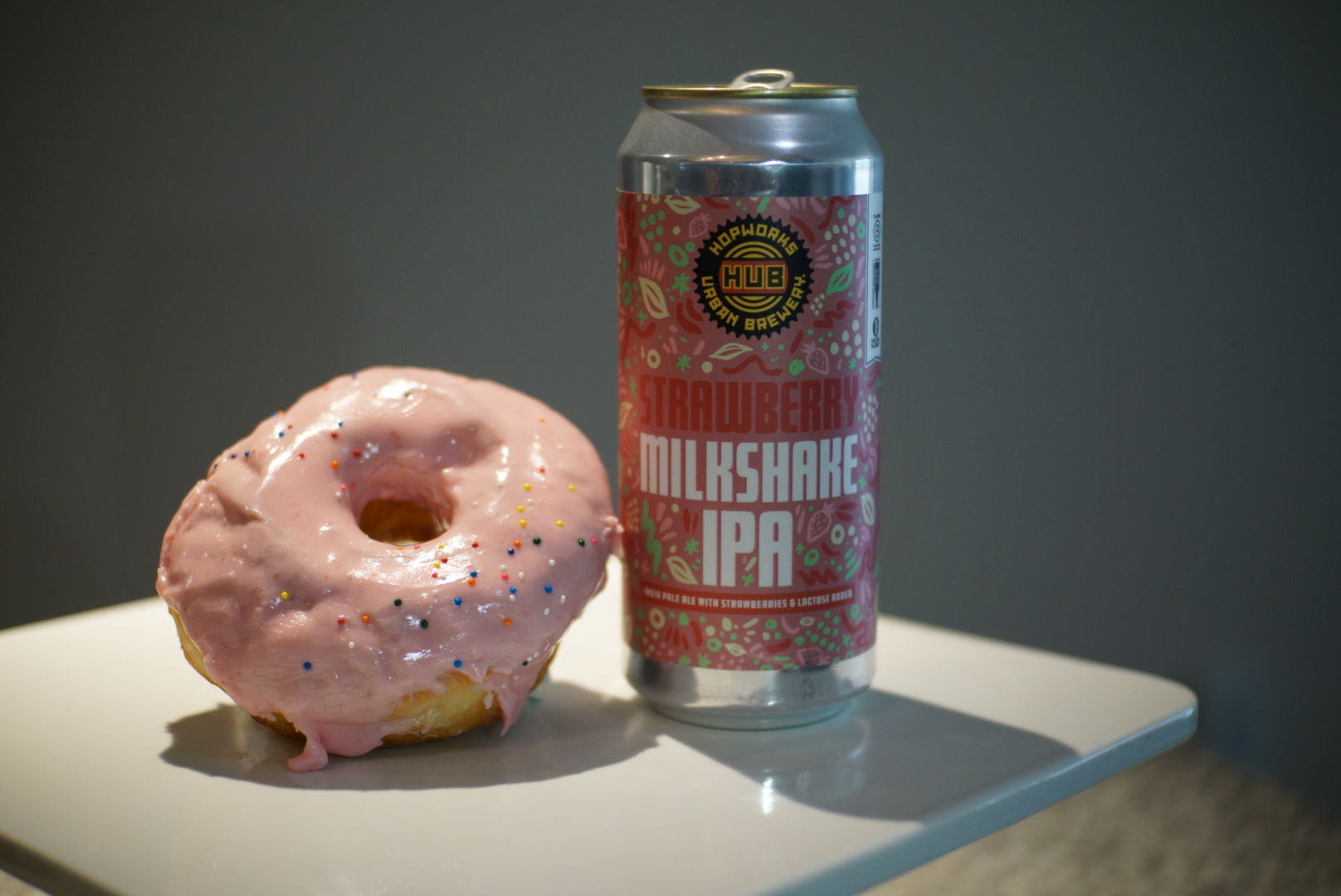 Hopworks’ Strawberry Milkshake IPA is a classic pairing with the donut made famous by Homer Simpson. The hoppiness of the IPA cuts some of the sweetness, creating a perfect balance for your taste buds. Additionally, the strawberry glaze that tops the donut brings out the strawberry notes of the beer. So, sit back and enjoy as you take a bite of the Homer and sip on this brew.

These are just half a dozen pairings you could try. What’s your favorite beer + donut pairing? 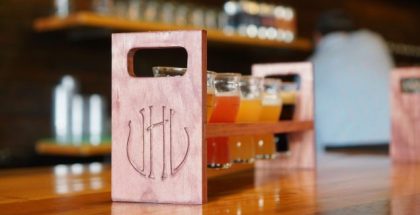