When I lead beer tastings and classes, I often hear people express a common misconception: lagers are inferior to ales. This idea is starting to change as craft lagers become more popular, but there is still plenty of confusion out there about lagers, and for good reason—with so many styles, craft beer can be confusing! Fortunately, misconceptions about lagers are pretty simple to clear up.

First, let’s talk about where most of these misconceptions came from in the first place.

How Did We Get Here?

A good lager used to be somewhat tricky to find in the craft beer world. Aside from seasonal Oktoberfest beers and the occasional burly Doppelbock, American craft brewing largely focused on ale styles until just a few years ago. Why?

The main reason has to do with why the craft brewing movement started in the first place (there are also some technical reasons, but they’re a little too complicated to get to here). In the early days, craft beer was defined as much by what it wasn’t as by what it was. And what it wasn’t was Big Beer, and Big Beer meant lagers.

Go back a couple centuries, and beer in America was mostly English ale styles. Around 1850, political unrest in Germany led to a huge influx of German immigrants in the Midwest, and they brought with them their expertise for brewing lagers. Those lagers became the most popular beers in America, and after Prohibition and World War II, they came to dominate the beer landscape in this country. By 1980, it was hard to find anything but low-alcohol, low-flavor lagers. They weren’t all bad, but they were all there was, and craft brewers wanted to provide alternatives. More alcohol, more flavor. They wanted to brew beers as different from those mass-produced light lagers as possible.

The good news is, it’s become okay to brew laid-back lagers again, and when they’re well-made, those beers can be awesome. But what is lager, and—just as importantly—what isn’t?

First, let’s talk about what makes a lager a lager. Lager is not a specific style, but a family of styles. What separates lagers and ales comes down to two simple things: yeast and temperature.

Lagers are fermented with Saccharomyces pastorianus, which does its best fermentation at a lower temperature than ale yeast, and produces fewer aromas and flavors. Additionally, lagers get conditioned at cold temperatures for longer after fermentation (which is actually where the word comes from: “lager” is German for “to store”).

That’s it. Beyond that, anything goes. All the other common myths about what defines lager are just that.

Lagers Can Be Craft Beers

I recently heard someone say, “I don’t really like lagers, because I prefer craft beer.” I blinked a couple times and then went back to the fantastic lager in my glass. Since the big, international beer brands that get advertised on TV are all lagers, people tend to assume lagers are all cheap, soulless beers that have nothing to do with craft. That’s not true at all. Craft breweries across the country (and the world) are brewing awesome lagers with tons of character and variety.

Not All Lagers Are Pale, Weak, and Light

This myth springs from the same source as the last one. “Lager” became synonymous with bland lawnmower beers because of the big brands that brewed them, but as mentioned earlier, the only thing that makes a lager is the yeast it was fermented with and the temperature of that fermentation. There are black lagers like Schwarzbier (literally “black beer” in German), and strong, high gravity lagers like Doppelbock, which can be 9-10% ABV. The strongest of the porter styles, Baltic Porter, is usually brewed as a lager, and it’s dark, heavy, and strong. Some new lagers like IPL (India Pale Lager) showcase the aggressive hop character of an IPA in the clean, crisp body of a pale lager. Lagers can have all the variety of ales!

I recently saw some guy online claim he didn’t like lagers but loved Pilsners. Well, guess what: Pilsners are lagers. There’s confusion among casual beer fans about the difference (or lack thereof) between these words for several reasons, and it once again goes back to the way those big, international brands have been marketed. The lagers those 19th century German immigrants brewed were based on German Pilsner (which in turn evolved from Czech Pilsner). They evolved into American Pilsner or “Pre-Prohibition Pilsner,” and then eventually into American Lager and American Light Lager in the twentieth century. The language never really got clarified though, and those beers are sometimes still marketed at Pilsner, or even just as “Lager” without specifying a particular lager style. People get confused because marketers have made it confusing.

To simplify, lager is an overarching family of styles. Pilsner is a specific style within that family. Often the simplest lager in a craft brewery’s portfolio is just branded as “Lager,” but it’s always a more specific style than that. Yes, this gets annoying even for those of us in the industry.

By now you’re sick of me saying this, but because lager is associated with Big Beer, folks throw a lot of shade lager’s way (#craftnotcrap is a popular hashtag for folks distancing themselves from those beers). I’ve heard lager called everything from horse piss to piss water to just plain flavorless. There are a couple problems with this.

First of all, as you’ve gathered by now, not all lagers are like those big brands. Lagers can be pale or dark, light or heavy, sessionable or strong, sweet or bitter, or anything in between any of those extremes.

Second—and I can’t believe I’m about to defend Big Beer—it’s simply not accurate to talk about those big brands in that way. The harms committed by those brands—and lo, those harms are many—are generally bigger picture than the liquid beer itself. Those beers have been honed to exactly meet consumer demand, and the consistency and quality control needed to brew them to exact specifications every single time at every single production facility is nothing short of an engineering marvel. The technical precision of those breweries is dazzling. The worst that can be said about their beers (again, just the beer itself) is that they’re somewhat boring. At best, they’re crisp and quenching. Rail against the business practices and deceptive marketing of these companies (really, please do this), but not against the actual beer. You just sound silly to anyone who knows how hard professional brewing is.

So, what is lager? Anything a brewer wants it to be. If it’s brewed with lager yeast at lager temperatures and then cold-conditioned after fermentation, it’s lager, even if it’s strong, dark, and heavy. But even if it’s exactly what most people think of when they hear the word “lager,” you still get to like it.

Now go out and enjoy a lager! 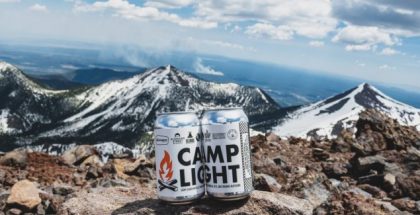 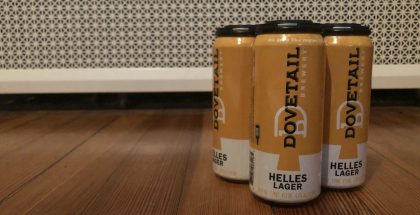