Jackie O’s launched the Polycephaly series in 2017 as a collaboration with Winking Lizard, an Ohio-based chain of restaurants and bottle shops. Playing on the Polycephaly name (polycephaly refers to an animal with two heads), the series releases two beers each year – one barrel-aged Stout or Barleywine and one mixed fermentation Ale. 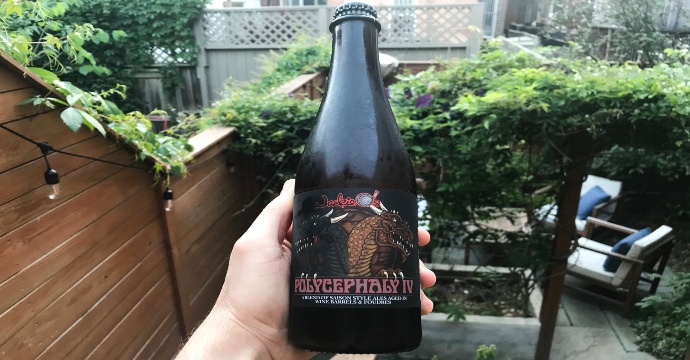 Polycephaly IV is one of the latter varieties and is a blend of three wine barrel and foudre-aged Saisons. It gets an extra kick of acidity from the addition of citrus fruit peels to one of the Saisons used in the blend.

Polycephaly IV pours an appetizing golden hue with a slight quickly dissipating head. The marrying of these three Saisons gives it a nice complexity and layering of flavors. It hits the palate with an assertive but not overwhelming acidity and tart lemony notes. This is followed by a funky Brett flavor and finishes with an agreeable touch of oakiness to round it out. The beer has a decent amount of body for its more moderate 5.5% ABV. All in all, it’s a refreshing beer that’s a perfect spring or summer drinker. If you like your Saisons tart, funky and oaky, then this one is definitely for you.

“This series of collaborations is all about blending the ‘deep cuts’ from our barrel library. When we blended Polycephaly IV, we found a lovely common thread across our stock of oak-aged Saisons. We honed in on a blend of our house wine barrel-aged Saison, our stock foudre Saison and a barrel-aged Saison brewed with a healthy dose of lemon and orange peel in the boil. The name of the Polycephaly series comes from our two-headed oak-aging program, split between spirit barrel-aged strong ale styles and delicate, oak-aged mixed-fermentation ales.”

At the time of writing, Jackie O’s beer is still available for sale on the website; it can be shipped to anywhere in their home state of Ohio as well as Virginia, DC and Alaska. As this beer was a one-off and released in early 2018, supplies are limited but if you miss it, never fear. Jackie O’s is offering a deep stable of mind-blowing, barrel-aged Stouts such as their Vanilla Coffee Bean Bourbon Barrel Dark Apparition, and mixed fermentation brews, like the peppercorn and tea-infused Distant Corners Saison. According to the sales team, they plan to continue to offer out-of-state shipping of their specialty beers beyond the COVID-19 restrictions and into the foreseeable future. They are also currently working on expanding shipping into new states. 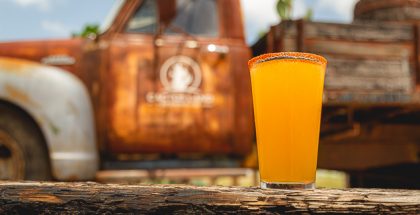 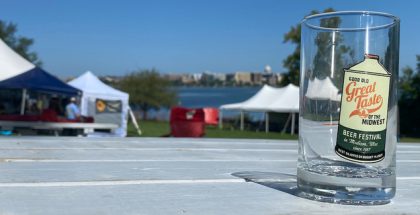