Dead Guy Ale, Rogue Ales & Spirits’ flagship beer and one we featured at PorchDrinking.com as part of our OGs of Craft Beer series, turns thirty this year. Rogue is celebrating those three decades of Dead Guy by challenging fans to ‘Paint the Can Dead.’   And, for those that really bring out the spirit of Dead Guy, prizes await them. For those that don’t win, it’s a great way to pass the time in a socially-distanced world; drink beer and do some coloring!

Dead Guy Ale was first brewed for a Day of the Dead celebration at a now defunct Tex-Mex restaurant in Portland, Oregon. But, before we go any further, let’s provide some insight into The Day of the Dead – or Día de los Muertos.

The celebrated day has evolved over time, but its roots consist of several cultural traditions, namely the Roman Catholic All Saints Day and ancient Native Mexican observances associated with those who’ve passed. Though it has nothing to do with Halloween, its proximity to the day we celebrate ghosts and goblins has also had an effect on the day, especially in the United States. Mostly, on this side of the Rio Grande, it’s another reason to party. And what better beer to have than the beer that’s synonymous with The Day of the Dead?

When Rogue introduced the beer, it proved to be an instant hit. Though inspired by the German Maibock, the beer is actually an ale and, obviously, introduced in the fall rather than May. It was different then, and it’s still a unique beer — with a famous label. Craft fans for years got used to seeing the old 22-oz bomber with its silk-screened, tie-dye artwork featuring a skeleton sitting on a barrel with arms crossed and a beer in hand. As Rogue explains, “for the first few years, every bottle of Dead Guy was unique depending on how the silk screen ink was applied.”

From time to time over the years, the Dead Guy label changed. Most recently, Rogue introduced black cans of Dead Guy Ale adorned by a silver skeleton sans any text; it’s all Dead Guy on the packaging.

“The label art on Dead Guy Ale has always been what initially draws people to the product,” says Hagen Moore, VP of Marketing and Creative. “So much character and expression are packed into that tiny piece of art on the label. It really resonates with people and has been awe-inspiring for us to witness all the emotions and connections it has generated over the years. We wanted to celebrate that by challenging others to share their own Dead Guy inspired art on a special blank Dead Guy Ale can. We can’t wait to see what people create.”

“Three decades later and Dead Guy is still one of our all-time favorite beers,” says Rogue President Dharma Tamm. “While the packaging has evolved, the beer in the can has stayed the same and withstood the test of time. We love Dead Guy all year-round, but there is something truly special cracking one open this time of year, the season when we brewed our first-ever batch of Dead Guy Ale.”

This autumn, Rogue will offer Dead Guy in a white can and ‘Paint the Can Dead’ art contest packaging. Rogue encourages fans to create their own Dead Guy art and submit their creation for the chance to win prizes.

Visit deadguycontest.com for more information and rules and use the Rogue Finder to find Dead Guy near you. 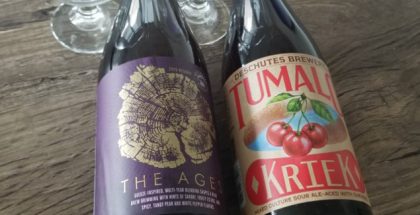 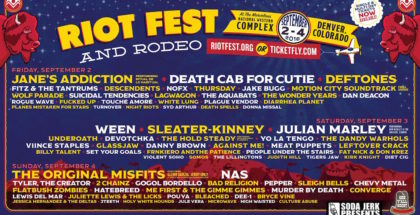 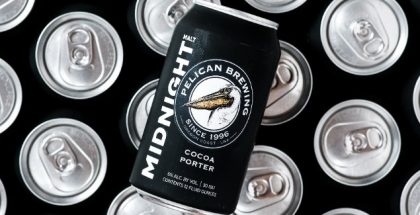