Sometimes you need a beer, and sometimes you need to treat yourself to something special. This Wild Brew Spelt Saison, the result of a 2013 collab between Oklahoma’s Choc Beer Company, the Fellowship of Oklahoma Ale Makers (FOAM) and Prairie Artisan Ales, is indeed something special. (Choc Beer Company and Prairie Artisan Ales are both owned by Krebs Brewing Company following a 2016 acquisition).

The Wild Brew Spelt Saison was brewed as a special release for the 2013 Wild Brew Festival. This annual “Five Days of Food, Foam, Fun and Feathers!” event, which was virtual in 2020 due to the pandemic, is held every August in Tulsa, Oklahoma. If you’re wondering what feathers have to do with it, have a look at the Sutton Center, an avian research center that the festival supports as part of its dedication to aviation wildlife conservation.

It’s not often that a beer is brewed with spelt, an ancient heirloom grain. Spelt malt is similar to wheat, but has more protein and less gluten. Spelt imparts a soft, slightly sweet, nutty flavor with spicy undertones into beers in which it plays a large role of the grain bill. The Wild Brew Spelt Saison pours a rich, golden hue with a foamy head that dissipates quickly and has minimal lacing.

While this is a wild, farmhouse-style ale, don’t discount it if you usually shy away from beers with those descriptors. Yes, it has some Brett aroma and tart funkiness, but age has mellowed these flavors into something greater than the sum of its parts. It also shows hints of earthiness, some grassiness and a bit of phenol on the finish. While it has a light mouthfeel, don’t let this fool you – with an ABV of 8%, it can hit you before you expect it.

This beer is best enjoyed as an indulgent slow savor, as its various flavors have mellowed and blended together over time. Return the favor and give it a bit of time while you sip it down and you won’t be disappointed. 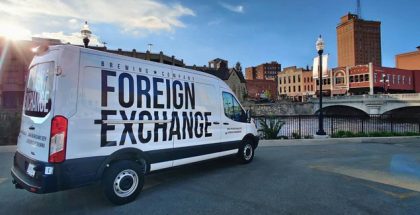 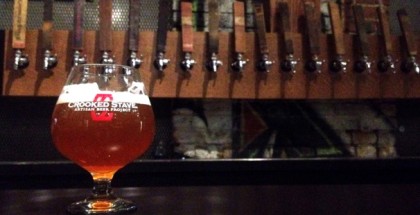