Some people call this magical time of year the holiday season. People who read this website probably know it more as Stout Season. But at Epic Brewing, it’s Baptist Season. And this year, they went big.

Epic Brewing, originating in Utah, is famous for being the state’s first brewery since prohibition to solely brew beer with a “high” alcohol content. Now, in Utah, that means something different than you’re probably thinking: Back in 2009 when Epic was founded, the Beehive State considered any beer above 4.0% ABV to be a “strong brew” and restricted those sales to state-run liquor stores (they’ve now increased that maximum up to 5.0%, those daredevils). But Epic Brewing didn’t just make strong beer by Utah standards; like most kids with strict parents, they rebelled and started making strong beer. Thus, in 2011, their Big Bad Baptist series was born: A Barrel-Aged Imperial Stout with coffee that was such a hit, the brewery turned it into an annual tradition and introduces new variants each year during Baptist Season.

The beer pours dark and oily, with an aroma that is complex but not necessarily overwhelmed by barrel. Chocolate is the most prominent note. Upon pouring, though, the barrel-agedness immediately rears its beautiful head. The aroma is oaky to the point of smoky. The strong oak definitely masks the high ABV; there is a pleasant whiskey note at the end that complements the smokiness. The coconut sadly gets lost in the mix of more powerful flavors, or perhaps fell victim to the barrel-aging process and just became another oaky presence without much distinction. As it warms, the barrel-aged salt and cocoa become more salient and the beer blooms into a thick dessert-style Stout reminiscent of a liquid salted chocolate bar.

While the final outcome may sound a bit gimmicky, at the end of the day this is one fine and boozy Barrel-Aged Stout. While I’m not sure my palate could appreciate the nuance of barrel aging coconut or almonds, the extra effort certainly did not detract from the overall experience. Though they’ve publicly stated that there will not be a seventh version in this series, if Epic Brewing does decide to release Septuple Barrel Big Bad Baptist during next year’s Baptist Season, I would politely suggest they include a barrel-aged casket because I am not going to survive it. 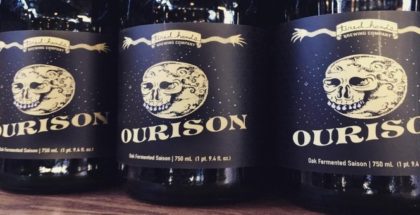 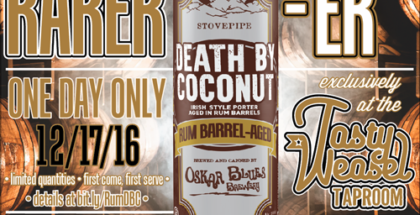