Hutton & Smith, a brewery “fanatically dedicated” to the art of creating craft beer, shows their stuff with this hazy IPA, The Promenade. This beer is juicy, tropical and cloudy with a delicate balance of bitterness – a true hazy treat for any hop lover. 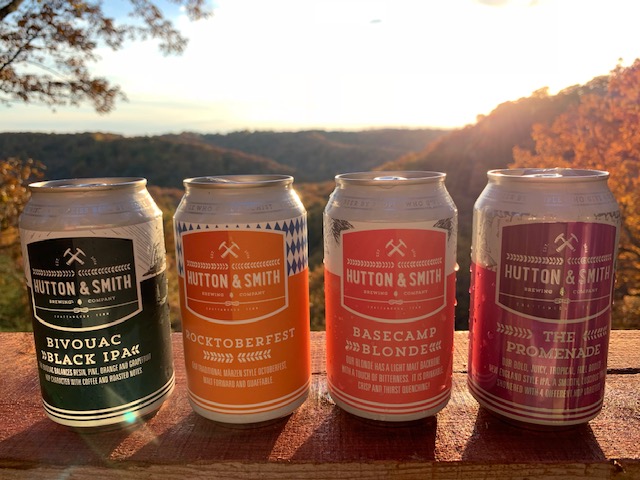 Chattanooga, TN, a city that’s experienced a substantial beer boom in the last five years, is becoming known as home to some real standouts of the trade. Hutton & Smith opened its doors in 2015 in downtown “Chatt” with a lot of passion for beer and a background in geology. Starting as many do – by homebrewing – they applied their attention to detail from their day jobs to their passions of making beer.

“Born from simple quality ingredients, our beers reflect who we are, what we like, and why we do what we do,” according to the website.

The initial focus of the brewery was on their taproom located in downtown Chattanooga, but Hutton & Smith has since grown significantly, producing more than 3,000 barrels and has also begun distributing out of state. Their growth has been assisted by winning GABF awards for their ALT and Wee Heavy, as well as a gold at the World Beer Cup for their Black IPA. Though the brewery still offers lots of small-batch releases and community vibes from the taproom, they’ve evolved into more canning and production, scaling their growth as their reputation has grown. 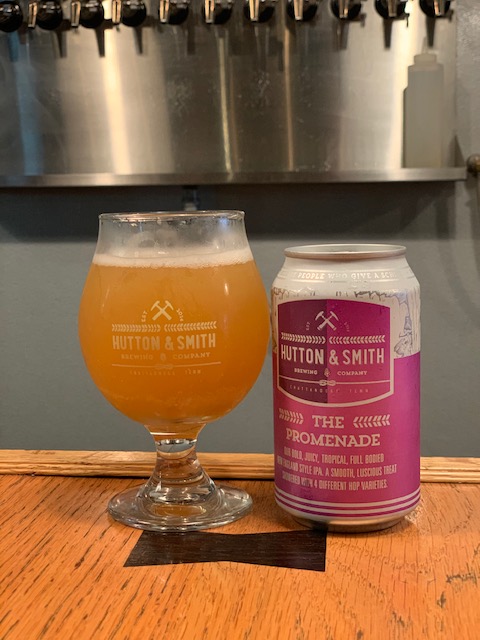 “Traditional with a modern twist,” applies to both Hutton & Smith’s philosophy about brewing and their approach for making The Promenade. Husband/wife founders Joel and Melanie Krautstrunk take turns naming beers; between her background in geology and his love for climbing, the beer names have had a consistent theme. This particular beer was named after a notable ice climbing area in Vermont (The Promenade), which is also the region where this style of beer originated. This hazy IPA is approachable and very fruit-forward. Featuring aromatics and notes of stone fruit with an opaque presentation, it’s a satisfying and easy sipper packed full of flavor. It won’t overwhelm one’s palate, but it remains uncompromising at the same time. 6.6% ABV and brewed with a variety of different hops (Mosaic, El Dorado, Amarillo), this beer is available year-round from the Tennessee brewery. 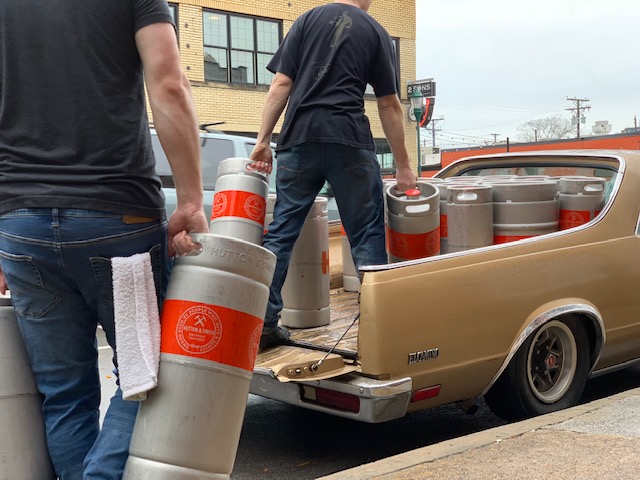 You can enjoy this beer and many others at their local taproom where folks “cheers” because they know one another and enjoying communing in an open urban atmosphere. If you’re lucky enough, you’ll even get to see their snazzy local delivery vehicle, an El Camino, drive up and load some kegs while you’re enjoying a legendary beer.