Bozeman Brewing has been recognized as having the largest sour program in the state. How many barrels are currently in the program and what is your favorite type of barrel?

Well, we’re around 282 barrels right now, that goes up and down a little bit as we get some whiskey barrels from folks that we use and send back. Of those 282, I believe 276 of them are red wine barrels, almost entirely cab sav — some have had multiple uses.

Many of the sours and wild Ales you guys make aren’t typically found in Montana, at least not by in-state breweries. Can you talk about the customer education piece of your sour program and how it has gone over the years educating Montanans about beers they might be unfamiliar with?

Good question right there. We knew we were walking into this with us wanting to produce beers people haven’t experienced in a lot of cases. Especially in Montana those types of beers really weren’t available at the time we got started. The consumer has gradually come along, the majority of the beers from our sour program are sold in Montana. We see a lot of folks that know these beers already and are easy converts. We see folks that needed a little push as well. Some people may walk into our brewery with a friend and maybe they typically don’t like beer and finding something a little fruitier or a little more wine-like can open their eyes. Sometimes they find something that’s completely unexpected from what they think beer tastes like. Montana is a little further behind on beer trends than some other places, so we don’t see the same level of engagement or excitement with sour beers as you might in a big city. However, we’re excited to see more bars and restaurants picking up our sour beers and becoming regular customers, many of which wouldn’t have carried sours or barrel-aged beers a few years ago. We definitely see customers that visit the brewery solely to seek out the sour and barrel-aged beers. More and more it’s clear that Montana has embraced this type of beer and it’s been great to go along for this ride with the consumer. We think it’s great that we can be a place for people to come and try new and different beers and our beertenders are great at helping folks with that experience.

I think the biggest challenge is patience. These are beers that are taking a minimum of two years in barrels. At that point in two or three years then we evaluate adding fruit and have a proposed final blend to take place in six months or something like that. So many of those beers are taking up to three, sometimes four years; we have something downstairs that’s five years old now. That’s just maybe a little too old to get blended into something at this point — getting a little aggressive and funky in some ways. In reality, the challenge is just the time factor and waiting to make sure the beer reaches its full potential.

Looking ahead, what can fans of your sours expect throughout this year? Anything exciting in the works?

They can expect more Lambic style and Flanders style releases. I’ve been excited about cranberry in our beer a lot lately. The third beer we’ll likely release with cranberry in it will be a Lambic style of some sort, I’m still looking at blending that with some raspberry or cherry. We’ll be doing our Sprig and Spritz again, our barrel-aged Gose with a little Brett character that we then infuse with the botanical blend from Wildrye Distilling’s gin. I’m excited to try a few new fruits in things that we’ve done for a while our strong Brett beers, the Tripels and Sasions, black currant is lined up to go in some of those and I recently got some blackberry to try in the Lambic style.

In the midst of the smoothie and pastry style sour craze, why has Bozeman chosen to primarily stay away from those and focus on the slower barrel-aged sours?

In the end, we want to be really focused on the beers we have liked and enjoyed ourselves for a long time. I don’t really think these classic sour styles need to be adulterated to sell beer. To say we don’t do highly fruited quick sour beers to fill a niche in the market would be a lie. We like those heavily fruited styles and so do our customers. We don’t want to make our sours overly sweet or with additives to it to make it sweeter. We like real adjuncts in our beers, not a pastry or a cookie — something natural that can stand on its own. We’re still all about trying new things, we just did a Pina Colada sour and our current peach goes has more fruit than any beer we’ve done. We aren’t seeing large-scale traction with those styles in Montana and we are looking for beers that have a more classic appeal to people across the board. 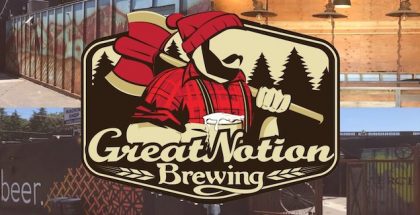 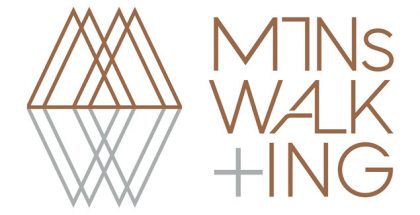 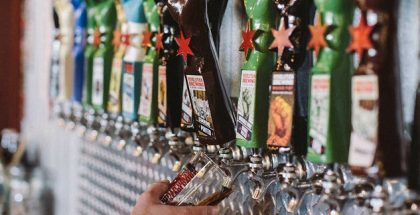