Tickets are now available for the third annual Beer Culture Summit, which takes place November 4 7, and will feature some in-person events after going all digital last year.

Hosted by The Chicago Brewseum, the Beer Culture Summit is three days and four nights of panels, seminars, and lectures by industry experts across a wide variety of topics. While the daytime programming will all be virtual this year, each night will feature an in-person event taking place in locations throughout Chicago.

Brewseum Executive Director Liz Garibay is excited to have the in-person events back this year, but she did acknowledge the benefits of having most of the summit being digital.

“There’s something to the in-person experience, especially with food and beverage that is special,” she said. But by going digital it allowed us to be more accessible and engage more people. That’s always what’s been at the core of the Brewseum. Beer is for everyone.” Keeping the cost low was an important part of the summit for Garibay as she wanted to make sure the event was accessible for all.

“There are so many different voices in beer and this is the perfect mashup for all of them to come together,” she said. “The accessibility part with cost was always important. A digital ticket only costs $25/day where a beer conference could be a few hundred bucks.”

With everything that has gone on in the beer industry this past year, many of the sessions focus on underrepresented groups in beer.

“We always want to address what’s happening in the world,” Garibay said. “We don’t want to be uncomfortable with hard questions. That’s how you learn and do better. As I was watching the year play out, especially with beer, I knew I wanted to make underrepresented groups the focus.”

The opening night event on November 4 will feature a conversation at Pilot Project Brewing with Brienne Allan whose one question posted on Instagram, “Have you ever experienced sexism in the beer industry?” sparked a revolution and had a massive outpouring of women coming forward with their stories of inequality and sexual harassment in beer.

“Peppered throughout the summit, you’ll see a lot of programming about women, people who identify as queer, Black, Native American, Jews during the holocaust – there’s a little bit of everything,” Garibay said. “The goal is to keep highlighting things we don’t usually talk about.”

Tickets for the virtual events won’t sell out but the in-person events have very limited capacity and are expected to sell out.

Garibay is excited to see the reach of the event and said it reaches an international audience with people tuning in last year from Asia, Europe, and Australia.

“We’re telling a global story of beer past and present,” she said. “People look to the event and they know it’s happening and get pretty jazzed about it.” 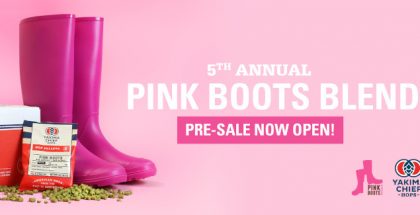