“Find a job you enjoy doing, and you will never have to work a day in your life.” – Mark Twain

For most craft beer industry workers, this couldn’t ring more true. The idea of turning a homebrewing hobby or a passion for craft beer into a flourishing career seems like a dream scenario. The way other people’s eyes light up when someone mentions they work in craft beer is priceless. Feeling like you have a job that others outside of the industry can only wildly dream about makes beer folks feel as though they have something really special, but are things really that great, or is the beer labor force being gaslit by the false pretense of job satisfaction, security and just plain fun? As the industry matures and evolves, being one of the “cool kids” in the beer industry isn’t all backslaps and beer shots, it’s become more about workers’ rights, workplace safety, and earning a living wage.

In 2021, the Beer Institute released their “Beer Serves America” report including statistics about the beer industry’s impact on the US economy (May 2021). This study showed that the beer industry yielded more than 2 million jobs and had an economic impact of over $330 billion in 2020. Annual industry data from the Brewers Association has shown that production in barrels just in the independent craft segment has been rising since 2013, with craft enjoying a net worth of over $100 billion in 2021 (May/June 2022). Since craft beer has proven it’s not in a bubble and economic growth has been fairly consistent over the past decade, how are industry workers being treated and compensated? The answer is almost as dark as an imperial stout.

So let’s get into some numbers. 23% of the Beverage Manufacturing industry is in production, according to the US Bureau of Labor Statistics with an annual mean wage of $23.19 per hour or $48,220 per year (May 2021). The Brewers Association’s most recent salary benchmarketing study from 2020 clocks production staff at an average of $50,875 per year before taxes, bonuses, profit sharing, etc. (September 2021). Assuming that most production folks fall into a 25% tax rate, your take-home would probably be around $38,000. The most recent data from the US Department of Labor Statistics Consumer Expenditure Survey shows that the average expenses for a single person total $38,266 per year (September 2020). So if you’re working on the production side of craft beer and you’re only accountable for your own living expenses, you’ve been working at a financial deficit. And if you have a household of more than just yourself, like a partner, spouse, or children, the deficit is even worse. The cost of living is also magnified depending on which part of the US you reside in, with the living expenses surging in regions like the Northeast and the West Coast (CNBC survey 2021). If you’re curious about the living wage in your neck of the woods, check out this handy calculator from MIT.

Then there’s the dreaded “I” word – inflation, which has skyrocketed in 2022, meaning that you’re pocketing the same amount of money as the past few years, but you’re spending more on goods and services. We’re only halfway through 2022 and inflation has already outpaced last year’s rate. To put inflation rates into perspective, average rates usually hover around 2%, but in 2022 the US average rate has already hit 7.5% (Finasko, July 2022). You can blame the rise in inflation rates on increased demand for products, raw materials shortages, supply chain issues, rise in the cost of production materials, and US fiscal policy. All of which were drastically impacted by the effects of Corona Virus restrictions and market conditions.

In addition to wage woes, beer industry workers are also facing an uphill battle with workplace conditions. Hospitality workers were pushed to their absolute limits during 2020 which is still an issue today. Not only were customers difficult to serve, but long hours, lack of benefits, health mandates, virus restrictions, and low wages proved to be more than most could bear and resulted in most exiting the industry as additions to the “Great Resignation” movement. The lack of workers willing to bear the brunt of customer service has led to reduced operating hours, short-staffed teams, and even complete business closures.

In addition to harsh work conditions, recent social movements like Black Lives Matter and Me Too sparked an awakening of increased attention to inclusivity and equity within the beer industry as well and industry workers have made their voices heard that unsafe working conditions and lack of access to resources are unacceptable. Beer folks reacted in the way that they best communicate with each other – over a beer – and thus the era of socially conscious collaboration brews was born with the likes of Black is Beautiful, Brave Noise, and Things We Don’t Say, among countless others.

But awareness doesn’t always equate to resolution. Diverse brewery ownership is still a blip on the radar of the industry as a whole (Brewers Association, October 2021), and gender-based harassment is still a major concern. There is progress though. The Brewers Association took a large stance on improving inequities in January of 2021 by announcing the launch of the BA Mentorship Program. Led by the incomparable matriarch of DEIJ for brewing, Dr. J Nikol Jackson-Beckham, the program has provided free educational opportunities for dozens of underrepresented individuals in the beer industry to help them advance their careers. The BRU Coalition (Brewing Respect and Unity) was formed in 2021 by the BA, the MBAA, the ASBC, Pink Boots Society, and the Cicerone Certification Program “with the objective to leverage the combined reach of the organizations to drive industry-wide adoption of evidence-based best practices for preventing discrimination, harassment, and violence within the brewing industry.” Paid internships, like the ones now offered by Beer Kulture and Sloop Brewing, are popping up more often and inspiring underrepresented communities to join the industry. And you would be hard pressed to attend a craft beer festival or industry conference now without noticing the presence of third-party behavioral reporting tools like #NotMe or Spot, in an effort to curb gender-based harassment and bullying.

Mental health is also on the docket and is slowly being addressed in the beer industry. The entire US labor force had a huge wake-up call in 2020, realizing that workers were not okay in remote or restricted working environments, and the craft beer industry was no exception. Lack of child care was driving parents and guardians to the brink of anxiety and depression. And demand from executives for higher output and longer hours was leaving a trail of collateral damage that contributed to massive shifts in career choices or people exiting industries altogether to move into companies that valued their human side more than their personal sacrifices towards work-life balance. And while progress is slow, you can see this progression within the beer industry with the rise of flex work hours, child care assistance, housing assistance, Employee Assistance Programs, PTO for mental health days, and advocacy groups like the Infinite Ingredient.

Interesting to note about the evolution of the craft beer industry as a response to these issues are the labor structures and benefits that various organizations have started to adopt. ESOP programs, which allow employees to purchase stakes in their company in the form of stock options, have been adopted by breweries like Harpoon Brewing, Union Craft Brewing, and Left Hand Brewing. The advantage of ESOP plans intend to make employee owners feel more invested in their organization and therefore maintain motivation to meet company goals. Another polarizing and hotly debated business structure is the workers union. Unionization in the craft beer industry is anything but a peaceful conversation. Kate Bernot explains the temperature of unionization in the beer space for Good Beer Hunting’s Sightlines, which you can read here, and proves that there is a long road ahead in seeing eye to eye on the union front. Regardless of the brewery business structure, strategic management principles seem to be the highest priority focus for most owners/operators, as evident in the number of educational seminars at industry conferences over the past few years that address employee burnout, alternative workweek schedules, equitable leadership practices, defining company cultures, and creating organizational clarity.

Thoughts On The Future

Change is hard and slow. Organizational change is even more difficult for most industries as a whole. There is still a lot of work to be done, but there are notable changes that should be acknowledged even if just for the simple fact that hope drives change. Think about it this way, if the 1990s were like the kindergarten stage of the overall craft beer industry journey, full of wide-eyed enthusiasm and experiential learning moments, the 2020s are proving to be like middle school – full of angst, infinite possibilities, and pivotal decision-making that will determine the long-term future of the industry. We will have to wait to see if the cool kids can mature enough to make equitable and mutually beneficial decisions that will carry this industry beyond the awkward stage, but many are hopefully optimistic. 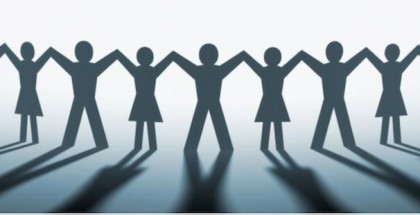