It’s been three years since Drake’s Brewing Co. has been able to throw their summer classic with Bike East Bay. But Session Fest is finally back for its eighth year, this Saturday. With no beer over 5% being poured, it is meant to be an easy going afternoon where you get to sample the lower-end ABVs that breweries have to offer. Hopefully, this makes for hangover-free Sunday the next day.

The event proceeds benefit Bike East Bay, a non-profit organization out of Oakland, CA. Their mission to help the large biking community in the Bay Area has led to safer bike lanes and a more connected Bay by bike. Session Fest has relocated this year to Snow Park, next to Lake Merritt, and tickets are still available.

While you have to be over 21 in order to drink, the event is kid and dog-friendly. In fact, they do a Session Fest Dog contest every year. By snapping a picture of your dog at the fest and tagging Drake’s Brewing Company on Instagram, you will get entered to win a swag bag as well as perks for Session Fest 2023.

Breweries that will be pouring at Session Fest:

The beer line up from Drake’s will be: 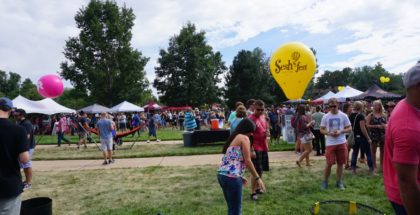