For an industry so tightly built around togetherness and community, the pandemic could have easily crippled many aspects that came to define the very fabric of craft beer. But the digital age has helped us to adapt quickly and for one online beer community, it was the perfect opportunity to serve as a resource for togetherness at a time when connecting in person was prohibited.

Like many beer fanatics, Andrew Coplon was first introduced to the beer industry as a home brewer. At the time he ran a food service company for venues like stadiums and concert halls but quickly realized there were opportunities around better beer education and consumer feedback for breweries and retail accounts that serve beer. So he started a mystery shopping company focused on taprooms and beer providers called Secret Hopper.

But Coplon quickly realized that the industry was also lacking a cohesive forum for industry professionals to connect digitally. So in May 2017, he started Craft Beer Professionals (CBP) as a Facebook group.

“I was shocked there wasn’t a place on the internet where you and I and other craft beer professionals could simply have a conversation,” explained Coplon. “People weren’t speaking to others outside of their area very frequently.”

CBP provided an opportunity for taproom managers on the East coast to swap event ideas and best practices with ones on the West coast, or a brewer in Minnesota to learn about innovative hopping techniques by chatting with a brewer in Chicago.

With a resource and community-driven focus, Craft Beer Professionals quickly began expanding and has now swelled to over 15,000 group members. With the onset of the pandemic and the cancellation of the 2020 Craft Brewers Conference, Coplon seized the opportunity to launch the group’s first virtual event.

Offering a wide variety of seminars and panel discussions the Craft Beer Professionals digital conference provided an opportunity for beer industry workers to continue to learn from each other at a time when sharing ideas was needed the most.

By June of 2022, CBP had launched its first in-person conference taking place in St. Louis, and later this month, from September 12-14, will host its second in-person event in Norfolk, VA.

“While it is wonderful that we can connect online, there is something special about having a face-to-face conversation over a pint,” explained Coplon. “We wanted to provide a workshop that was accessible, intimate, and interactive. Our inaugural event hit these checkboxes and we look forward to continued opportunities to bring our community together.”

The three-day CBP Connect: Norfolk, VA event will feature comprehensive sessions focused on brewery marketing, managing finances, the science of brewing, DEI initiatives, preventing harassment in the workplace, sales best practices, and much more. Registration is currently still open for this month’s CBP Connect: Norfolk and will aim to offer a smaller more intimate setting for attendees to gain more facetime with speakers and network more intentionally with other attendees.

“The smaller, intimate number of attendees meant more opportunities to get to know people, have meaningful conversations and connections over the course of the days together.”

For those who can’t attend this month’s event, CBP has already announced its next virtual conference taking place October 17-19 and are currently accepting registrations. As for what’s next for CBP, Coplon noted that they intend to hold more in-person events in 2023 including another Midwest and East coast conference in addition to maintaining their free virtual conferences.

“The goal of CBP Connects is half networking, half education. We aim to provide a welcoming space where all attendees can build relationships with fellow Craft Beer Professionals and walk away with actionable strategies they can use to see greater success.”

Bean to Barstool Podcast | Branch & Bone Against a Violet Sky 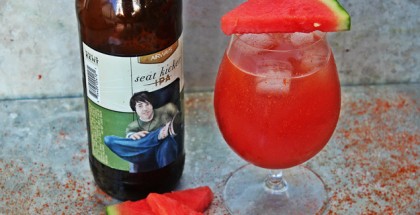