Who said being a ginger was a bad thing? Well, it wasn’t me. Especially after experiencing the unique flavors of Hitachino Nest Real Ginger Brew from Kiuchi Brewery. A virgin to ginger beer, this brew definitely holds up to its name with strong notes of ginger roots in both the taste and the smell. It also has a great hoppy flavor for those who like IPA’s and light refreshing beer.

Not only does this beer taste interesting, it also comes from a very interesting history. Hitachino is brewed in Japan and was started at the The Kiuchi Brewery which was established in 1823 by Kiuchi Gihei. After decades of being popular in Japan, Hitachino gained international notoriety and is now sold in the U.S., Ireland, Sweden, Australia, and all across Asia. But enough with the history lesson, the taste is what is really important here. With a 7% ABV this beer pours out a light amber color and taste as light and refreshing as it looks. With the unique mixes of flavors including spicy ginger root, malt, and citrus, its no wonder this beer has lasted over a century!

Homebrew 101 – Equipment and Prepping to Brew 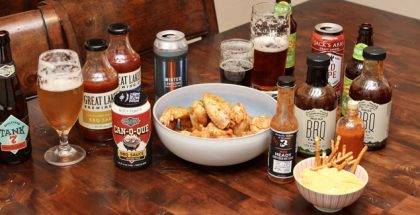