Stone Brewing Punishment is the 2013 Double Bastard Ale brewed with freshly harvested peppers and aged in bourbon barrels. So, when you add those spicy chilies to a big beer what do you get? The result is a chili beer with a tremendous depth of flavor, as well as a legitimate heat.

As per the bottle, Punishment was born as Double Bastard Ale – a heavy, bitter, beast of a beer. It was already not for the timid, but with the addition of jaw-dropping quantities of freshly harvested local peppers, including mid-level-heat red and green jalapenos and ultra-hot black nagas, Carribean red hots, Moruga scorpions and fatalis, it morphed into a truly punishing brew.

This brew leads with ultra-hot and fruity pepper flavors along with subtler green jalapeno notes. Intense caramel, butterscotch and bourbon flavors make a strong appearance mid-palate, and the beer finishes with a long-lasting, fiery afterburn.

So, what kind of chili hot/spicy are we talking? Well, there are a few peppers in the mix that add to the complexity of this beer.

Yeah, that sounds hot! And it IS hot! 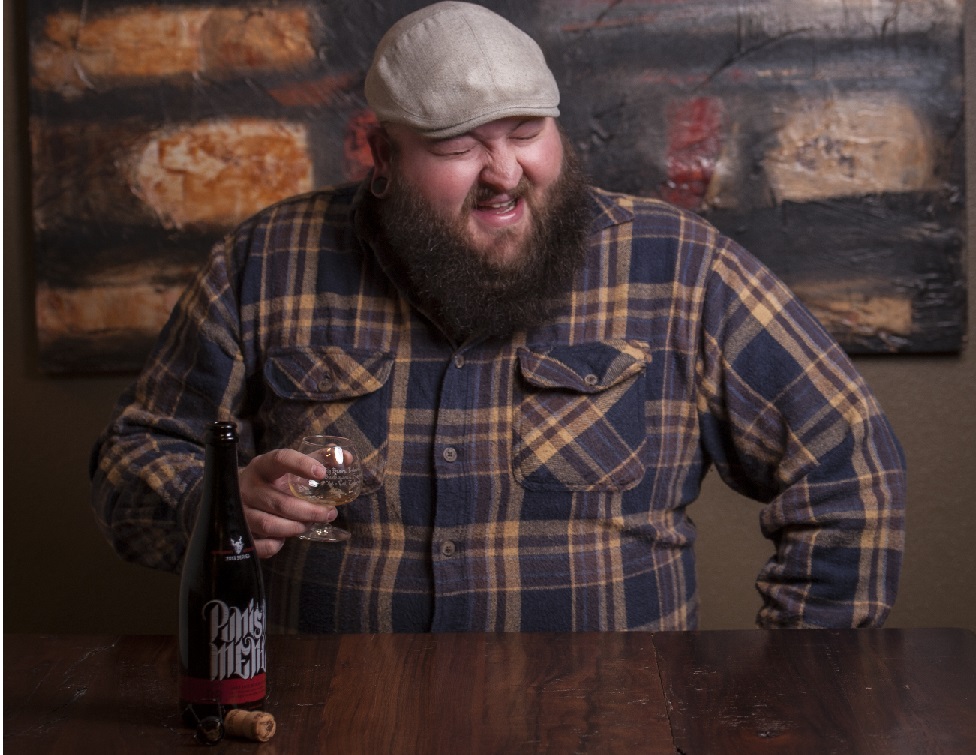 It’s hot but oh so pleasing after you acclimate yourself with its many great layers. The nose is great with vegetal brightness and an obvious chili backbone. The color is unassumingly dark straw, copper in the glass. With the first sip, this ale starts off gentle then moves to blast-your-beard-off hot in just moments. It moves across the tongue like Satan’s windshield wiper.  It decimates the palate. Its flame-kissed suds wash over your soul like the wrath of Eye of Sauron’s doom. You wish there were a sunscreen for your mouth. The zing of the chili peppers piggyback off the barrel as the heat comes full circle in the mid-palate. You can taste the depth of this brew as a symphony of demon smoke plays its eulogy to your throat. Intense belly burn ensues, and with each exhalation of breath brings spicy, dragon-like huffs and puffs. This potent beast laments in lakes of lava without showing its high ABV.

What ABV? Isn’t this just hot sauce? NO. It is not just hot sauce. This beer is AMAZING! It’s so good. Yeah, sure, it is touted to want to “hurt you.” And, sure, it hurts you. It hurts you in the best way possible. It pushes the boundary of tasting beer. It challenges your senses. It promotes ingenuity and fine tuning of one’s craft. Sure, there are other chili beers out there. Nay, I should digress. There are other chili beers out there that are one note. They bring the heat but they don’t balance it within the beer. The other chili beers often play down the chili or use one varietal that is usually a mild green pepper. That’s great; good. Do that. Beware though, that this beer will most definitely inspire brewers and drinkers alike to look for more in their vegetal beers. I would not like to be in the brewery while this beer coalesced into what it is today (that is too much for me) but I will definitely take a pour when it is in my vicinity. And I will ask for a second pull if there is enough to go around.

Why do I bring on this punishment to myself? I am not a masochist. I am masochist-curious, for sure. I am interested in learning new ways to experience beer, and this is a prime example of why it is important to try most things at least once in life. More importantly, I am interested in advocating for others to learn new ways of experiencing beers! So, gather some friends, and pop and pour on the flavorful magma that is Punishment.

Getting A Woody | Stone Brewing Crime

The Faces of Stone’s Punishment 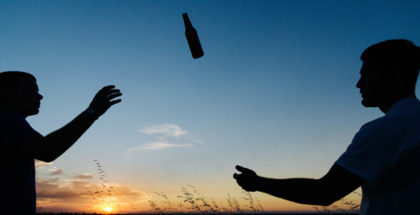