Bear with me, folks. I’m going to take the scenic route to my beer showcase today. And the route goes through bourbon country.

I’m originally from Chicago, so my decision to enroll at University of Kentucky was met with surprise from friends/family alike. It’s not like I was a huge UK basketball fan growing up, and the only time I had ever been south of the Mason-Dixon line was a trip to Disney World when I was eight years old. “You’re going to stick out like a sore thumb,” was a common refrain from friends. And I did. I never realized I had any resemblance of an accent until I went to a bar in Lexington, KY and was told I drew out my vowels. “Say Chicago again! Chicaaaagoooo.” Seriously.  I had also never tried bourbon, which is pretty much a cardinal sin. Reaction ranged from pity to the desire to kick me out of the state entirely. Fortunately, one of the first people I met in Lexington was nice enough (and frankly, drunk enough) to think it advisable to spend $18 for a glass of what he referenced to be the finest bourbon I would ever drink. He bought me a glass of Pappy Van Winkle, and sure enough it still is the finest bourbon I’ve ever had the fortune of drinking. Thanks, drunk guy.

We’ve written a lot about Russian River on this site, and with good reason. It’s a fantastic brewery with a great reputation in the brewing community. My bourbon story basically reflects my admiration of the place. I had very little experience with IPAs when I first had an opportunity to try Pliny the Elder. Pliny was one hell of an introduction to the world of “good” IPAs, just as Pappy was with bourbon.

I had the fortune of finally being able to visit Russian River last month, and I was excited to try everything I possibly could lay my hands on. My wife was kind of horrified when I insisted on trying all seventeen beers they currently had available on draft. Obviously, I enjoyed the experience. The atmosphere was fantastic, and it was remarkable to see the amount of people walking out of the place with boxes (plural!) of beer. It also solidified an opinion I had been developing for the previous year or so: Blind Pig is the superior IPA brewed by Russian River.

Pliny is the Russian River IPA that everyone knows about. Honestly, I think it benefits from the legend that has built up around it. Which isn’t a bad thing, but it may cloud the judgment of the drinker. Thankfully it’s not incredibly difficult to find here in Denver, but elsewhere you’re likely to encounter people frantically trying to locate a bottle or a bar that may happen to have it available on draft. That said, it’s fun to walk into a place like Falling Rock in downtown Denver and just people watch around the bar. Based on my incredibly unscientific findings, there’s about one Blind Pig IPA order for every ten of Pliny.

My opinion may simply be a case of what I’ll call “hop exhaustion.” I love IPAs, but I’ve grown more accustomed to looking elsewhere on a menu at most breweries. This is mostly due to the overkill of hop-heavy beers. Pliny and Blind Pig are both incredibly accessible IPAs, but Blind Pig does come across as smoother compared to its counterpart. Pliny is a double IPA and has a higher ABV, so this is to be expected. The difference between the two is even more apparent when compared fresh, which brings me back to my brewery visit.

Both beers benefit from being consumed as close as possible to the brew date marked on the bottle. Even a couple of weeks can impact the taste. That said, the grassy/floral components of Blind Pig stand out even more so when tasted fresh, and it comes across as more a fresh hop beer than I would have expected. The flavors that had slowly but surely cultivated this idea—that Blind Pig IPA may be the superior beer— were all of a sudden front and center.

This isn’t meant to be a contest between these beers, because that’d frankly be kind of silly. Both have their place, but this was an excuse for me to deliver some praise to the more unsung of the two beers. I’d love to hear your thoughts in the comments section below if you’d had the opportunity to try either beer (or both). Happy drinking. 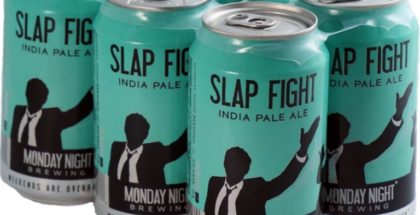 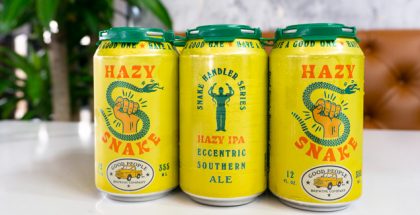