Have Beer Festivals Jumped the Shark?

I used to relish summers. As a child, we lived for those three fleeting months of freedom from homework, exams and responsibility. Summer was the stuff of legend, building towering forts in the woods, cannonballs, s’mores, catching fireflies, shagging fly balls and bolting recklessly into streets at the flat echoes of an ice cream truck jingle. Sure, things have changed a bit as an adult, but I haven’t entirely allowed myself to lose summer’s sense wonderment, instead trading t-ball for 14er hikes, neighborhood flashlight tag for booze-y sessions of jazz in the park and weekends getting burnt crisp at the pool for weekends getting burnt crisp a beer festivals.

However, as we turn another corner toward Memorial Day, the unofficial signaling of Summer’s glorious return, I’ve got to bring up one some beef on that last aforementioned summer staple, the sudden proliferation of summer beer festivals. 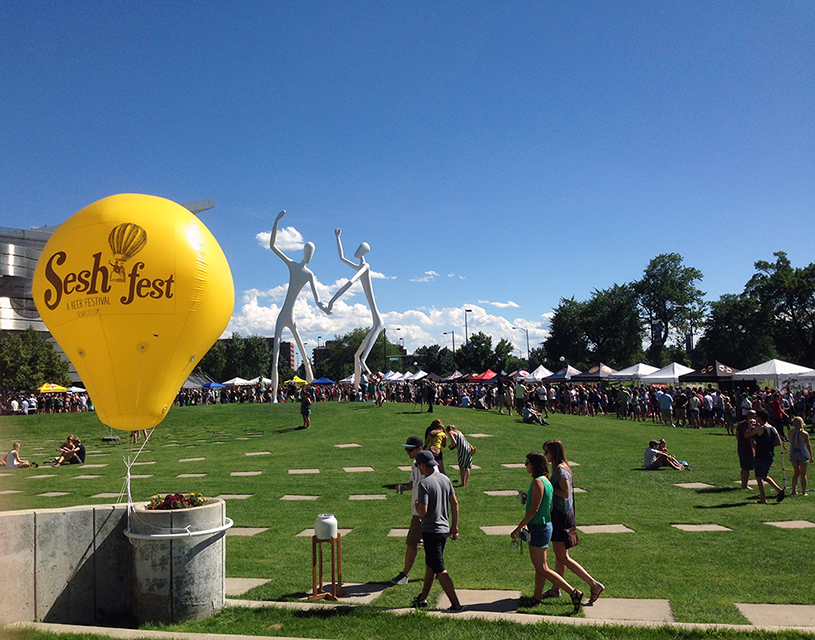 As a beer enthusiast, consumer and yuppy middle class hipster, I too love beer festivals as they’ve become the most efficient way to fuss over 100+ varieties of peach pumpkin ales and quintuple pale ales in the span of three hours. In all seriousness local beer fests afford fans the opportunity to sample a wide smattering of new up and coming beers as well as some classic favorites, all while benefiting a good cause (I see you with that 501(c)(3)). There’s no better setting for consumers to get a quick snapshot of what’s been developing in their city’s local beer scene without having to traipse around town. However, the beer festival scene has begun reaching absurd proportions over the past two years, as more and more organizations attempt to cash in on the craft beer trend.

Consider that we just wrapped celebrating American Craft Beer Week, but now nearly every state has their own Craft Beer Week, coupled with the Brewers Association’s four major events: The Great American Beer Festival, SAVOR, which celebrates craft beer and food, The Craft Brewers Conference, an industry facing event that doubles as a week showcasing tremendous craft beer in rotating cities and the National Homebrewers Conference. Now, an Anniversary party for each of America’s 2,500+ breweries in existence, then toss in bigger brewery sponsored festivals like Anchorage Brewing’s The Culmination, or Avery Brewing’s Strong Ale Fest, IPA Fest, and Sour Ale Fest, New Belgium’s Tour De Fat which hits 33 cities, Sierra Nevada’s Beer Camp’s Eight City Tour, Deschutes’ Street Pub which hits five cities this year, Three Floyd’s Dark Lord Days and Cigar City’s Hunahpu’s Day. Then we’ve got tremendously large festivals that aren’t affiliated with any sort of brewery or guild such as Vail Big Beers Belgians and Barleywines, Shelton Brothers Distributors’ The Festival and The Chicago Beer Classic. Where things really start getting a bit hit or miss is the local neighborhood or city fests. But what’s even worse can be cases like the now defunct Epic Beer Fest which was a generic traveling beer event that really didn’t offer much outside of classic craft beers you could buy at any grocery story in any city.

So what distinguishes a beer festival as a success versus one that falls flat?

We’re way past the age when people attend a fest because it has a “great cause”. Almost all beer festivals are tied to some sort of non-profit since only non-profits can qualify for special events liquor permits in order. In order to hold a beer event at a venue without a liquor license, you’ll need a special events liquor permit. Determine a focus for your festival to make it stand out. Is your event devoted to a certain style of beer? Perhaps you’re reaching a niche within the industry i.e. beer fans who love folk music, beer fans who enjoy the outdoors, a burger and beer festival (yes that actually exists, as does bacon and beer) beer fans who don outlandish mustaches, I don’t know… people get stoked about random shit these days.

No matter what the cause, the gimmick or perk is for attending a fest, the most important thing that matters to beer fans is the quality of the beer. Unless you’re throwing a festival in a relatively green beer market, you can’t expect attendees to get excited solely on the merits of New Belgium Fat Tire or Sierra Nevada Pale Ale. Craft beer fanatics are a fickle group, always seeking the latest trend, the most outrageous barrel-aged concoction, the most delicate and nuanced wild or sour, or newest undiscovered talent in their region. A beer festival is the perfect platform to help debut new breweries and beers. It’s also great to have a stable of mainstay breweries that attendees already know and love, but in doing so, it’s important that they bring a new seasonal, or something a bit unique. However the best have been able to also attract breweries that aren’t typically available in that region.

3.  Be willing to pay breweries for beer.

How does one attract rare beers, out of state breweries, unique vintages? Pay for the beer. Too often do organizers just assume breweries have unlimited resources to just dole out sixtels like Oprah, but the reality is that most small brewers are barely making enough to break even. Operation costs, coupled with paying employees, potential expansion, and distribution all amount to the fact that giving away beer, let alone premium beer is unfeasible.

Everything could go completely great, but if you were to run out of beer an hour before an event is scheduled to end, you’ll get roasted by attendees. And once you’ve lost your entire test group, don’t even think of throwing the same fest again next year.

If after all this, you still think you want to throw a beer festival, then do it for the love of the beer and dammit do it the right way. Don’t over sell the event, pick an appropriate venue, know how to market the event, have dump buckets, have water, have security, make sure you have food available for purchase at the very least, plan for weather, provide options for designated drivers, recruit ample volunteers, take care of the volunteers, take care of the breweries. And in the end we’re all in this industry because we love the beer, we love the community and we’re crazy passionate about it. So if your heart isn’t in it, it’ll show. 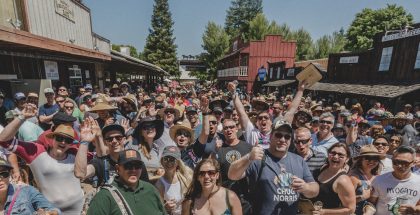 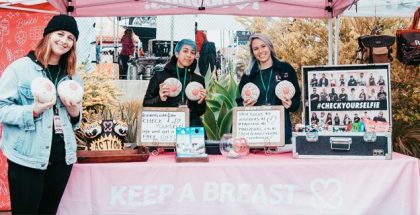