Russian River Brewing Company is not only regarded as one of the best breweries in California, but also in the country. The other day I had the great pleasure of visiting their brew pub and the first thing I noticed was the phenomenal selection of beers to choose from. They have everything from sessions to pilsners to stouts to porters and their famous IPA’s and wilds/sours. The demand for all the Russian River Brewing Company beers is high due to their philosophy that it is easier to make better beer than it is to make more beer! I have not had a beer aged in wine-barrels I have enjoyed as much as Consecration.

Consecration is a bretted beer aged in Cabernet Sauvignon barrels for months on end. The end result is a beautiful ruby brown color and a nose of cabernet, dark currants, dry oak and tobacco. The key to the taste of the beer was matching the ingredients to that of the wine that previously occupied the barrel. The dark malts help to create the tobacco, tar and chocolate character in the flavor similar to a cabernet sauvignon. The beer sips like a wine with a smooth body and dry finish; phenomenal! 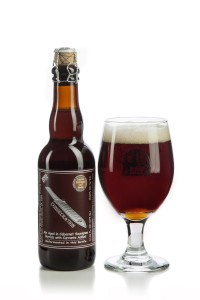 But what exactly goes into making this exquisite beer? Consecration starts out as a dark Belgian-inspired ale using some dark malts as well as candy syrup and sugar. The fermentation is pretty straight forward and then it goes into a tank with some Brettanomyces (Brett), which is a funky yeast that helps give it the lovely sour flavor (to put it simply). The Second fermentation happens after the currants are added directly to the barrel and filled to the top with fruit. After a few months of sitting in the barrel, bacteria and more beer is added to top the barrels starting the third fermentation. The beer sits in barrels for a total of 8-10 months. A quick filtration occurs on the beer once it is removed from the wood to ensure no fruit is left. The beer is prepped (bottle conditioned) to go in the bottles with a fresh pitch of yeast and a little sugar. The bottle then sits for 6-10 weeks before it can be released. Head Brewer and Owner Vinnie Cilurzo mentioned that, “Sometimes the Brett will move a little slower than normal and we’ll need to wait to remove the beer from the barrels.  These beers really exemplify the cross between science and art, sort of liquid art”.

Cabernet Day is a celebration world wide of the Cabernet grape. This year it takes place today, September 3, 2015. I can think of no better way for a craft beer lover to celebrate the Cabernet grape than a beer aged in Cabernet Sauvignon barrels. Hopefully you are popping open a bottle of Consecration to toast the Cabernet grape with braised short ribs or mushroom stroganoff. Vinnie Cilurzo Owner/ Brewer recommends, “For food pairings with Consecration, I like to go with beef or even duck with some sort of cherry reduction sauce.” Cheers!

Event Preview | Samuel Adams’ For the Love of Beer Fest 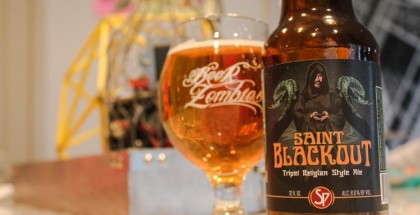 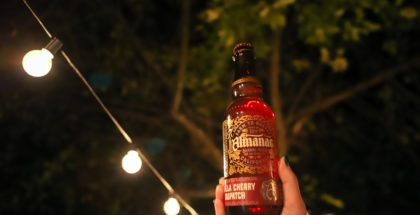