Sethu Kalavakur and Philip Vaughn were sitting around drinking craft beer trying to figure out a business they could start. Little did they know, the beer they were drinking would be the inspiration behind Tavour.com.

“We were looking to figure out what business to start,” Kalavakur said. “We ended up drinking a lot of craft beer which is very popular here in Seattle. “If you ask anyone who’s interested in craft beer it’s about trying as many different breweries as you can. So we thought about a business that could bring craft beer from around the country right to the beer drinker.”

The name Tavour comes from a combination of the words taste and flavor. The site is free to join and once you sign-up you’ll receive an e-mail everyday with a beer that you can choose to add to your cart. It might be a single 12-ounce beer, a 4-pack of cans or a bomber. After 30 days of e-mails you’ll pay for every beer you added to your cart and all of the beers are shipped to you for a flat $15 delivery fee.

The two co-founders had no brewing experience or any other experience in the beer industry. They just liked trying craft beer.

“People are incredibly passionate about craft beer,” Kalavakur said. “We were fans of great craft beers first and foremost.”

After constantly going to the store and finding the same selection over and over again they knew a business that could bring local beers to craft beer drinkers who couldn’t normally get them in their state would do well.

But they wanted to go beyond just servicing the experienced beer drinker. They wanted to help educate that person who might just be getting into craft beer but could be overwhelmed by the large selection and bold labels.

“There’s one group of customers who walk into a beer store and realize they’ve tried everything here,” Kalavakur said. “They want to try something they can’t get normally. There’s another group that’s a complete opposite experience. They’ll look at the selection and they don’t even know where to start. How do they even know what craft beer to pick? There’s a price and there’s a label.”

“Craft breweries try and create the most shocking or interesting label they can,” he said. “There’s very little being done to describe the beer on the label. If you talk to brewers they are so passionate about the ingredients they use, the process they take and so much more but nothing like that is put forth on the beer.”

To allow the customer to really understand the beer they might be purchasing, the daily email has no pictures of the beer that’s for sale. Instead it’s information about the brewery, the brewer and the beer. You’ll get a story that you would never find on a label of beer.

“We use the brewer’s own words to describe the beer,” Kalavakur said. “For every beer it’s a different angle we take because every story is different.”

Tavour has been operating for about two years now and has seven full-time employees and about 13 part-time employees. Based in Seattle, they currently ship beer to eight different states with plans to add another four or five states in 2016 and service most of the country by the end of 2017.

While Kalavakur couldn’t reveal how many members the site has, he said each state they service has at least 10,000 members in it. If you sign-up and your state isn’t being served, you’ll receive an e-mail and be put on the waitlist to be notified when you can start receiving beer.

Since Tavour is considered a point-of-sale business they avoid some of the distribution issues distributors have, however, they are very careful to make sure they are fully compliant with alcohol distribution laws.

“Most states allow alcohol deliveries as long as you meet certain criteria,” Kalavakur said. “You need to make sure you get an adult signature and see a valid ID upon delivery are amongst some of those criteria. As long as you follow those guidelines you’re fine.”

Some states have criteria unique to the state so Tavour must make sure it does its research when planning to expand. There are about seven or eight states, like Utah and Texas, that don’t allow delivery of alcohol period – Tavour has no plans to be in those states anytime soon.

All the beer comes out of Seattle and is then sent to regional courier services to get to the consumer. Kalavakur said that using local couriers allows for more flexibility when delivering the beer.

“A bigger mainstream delivery service won’t try to come back in an hour if you’re not home,” Kalavakur said. “But the local guys are more accommodating to our customers.”

Demand has been increasingly rapidly for Tavour and often times they have to cut customer’s orders short because they simply don’t have enough product to ship out. 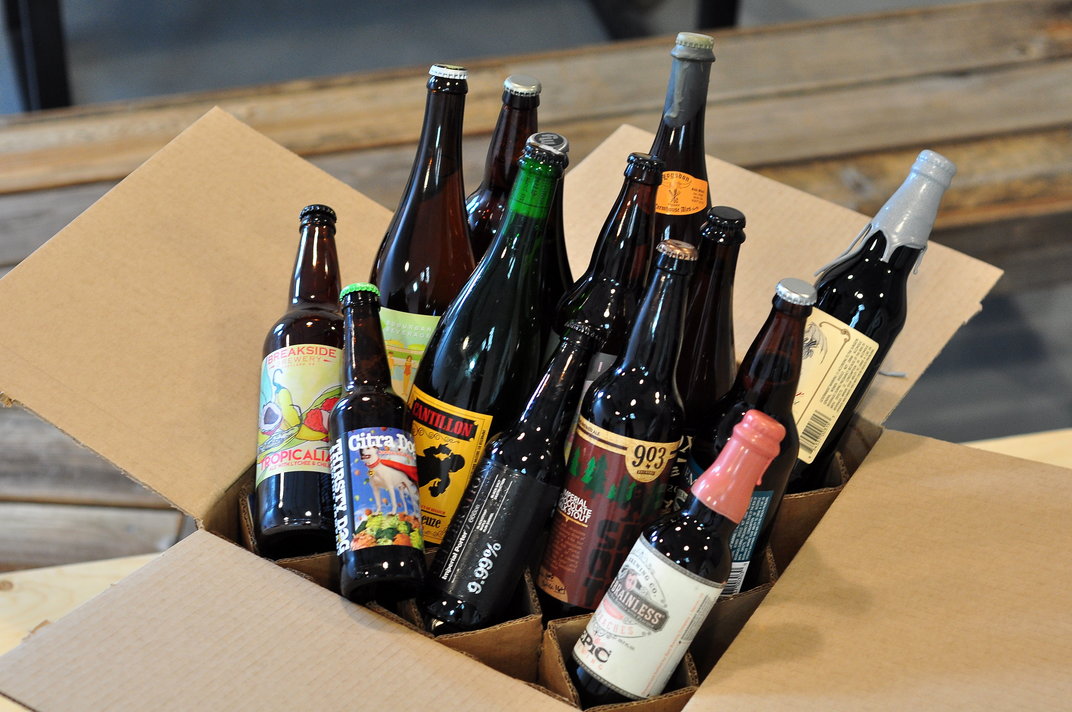 “We have to cut people off,” Kalavakur said. “We do that a lot unfortunately. That’s part of the reason we don’t want to grow too fast.”

“We work with the breweries on their schedule” Kalavakur said. “When they have additional capacity, they brew the beer for us and send it our way. By working on their schedule we can get more beer to satisfy every request. About 30-40% of the time we sell out of a beer we send out via the e-mail.”

Beers rarely repeat on the site. In fact a beer most likely won’t show up more than once a year. With so many breweries to choose from Tavour offers an extremely large selection of craft beer. Those trying to find Russian River or Cigar City should stick to beer trading sites – Tavour has a different objective.

“We’re not about people getting Pliny the Elder – we’re about getting people what the next Pliny might be,” Kalavakur said. “We feel like we are the curators of beer. We sell a lot of big beers but our focus is to discover more and more breweries. We work with the breweries that when you’re on a brew trip you’ll seek out. Those are the small breweries that are up and coming that only craft beer lovers know about.”

The beers on the site range from $2-$10 each. For a company that ships so much fragile product, the shipping process was very important to Kalavakur. 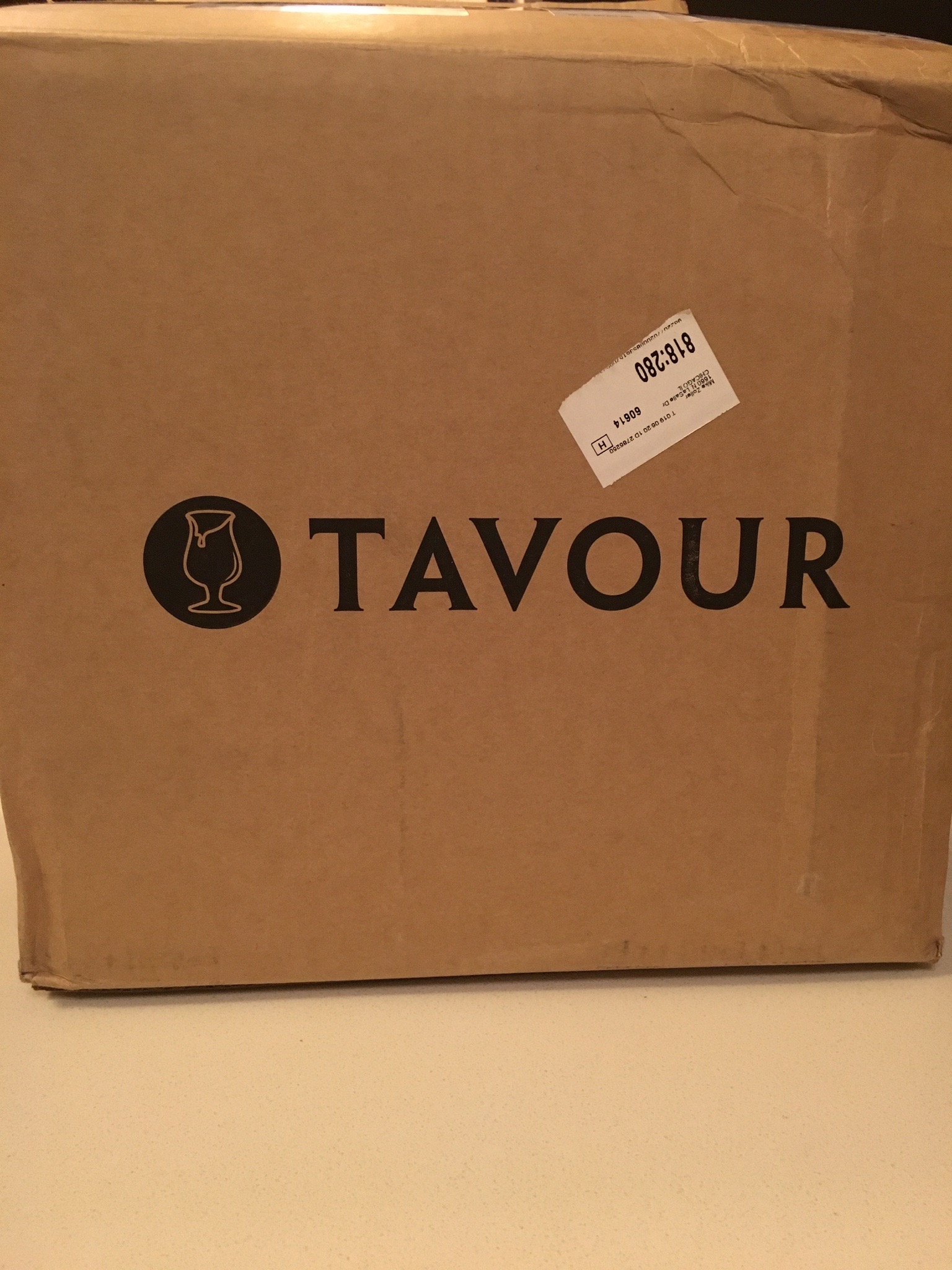 The breakage rate is less than one out of every 1000 bottles of beer shipped. However, when there is an issue Tavour is quick to make sure they remedy the situation and keep their customers happy.

“It’s incredible how nice people in craft beer are,” Kalavakur said. “When we make mistakes people are understanding and work with us. As an entrepreneur it’s great to work in this space because people are passionate about the product. It’s been so enjoyable, fruitful…surprising all the positive attributes I can think of.”

Inside the very thick cardboard box is equally thick cardboard dividers separating all the beers. There is no bubblewrap or packing peanuts in the box but that hasn’t seemed to be an issue in the shipping so far. 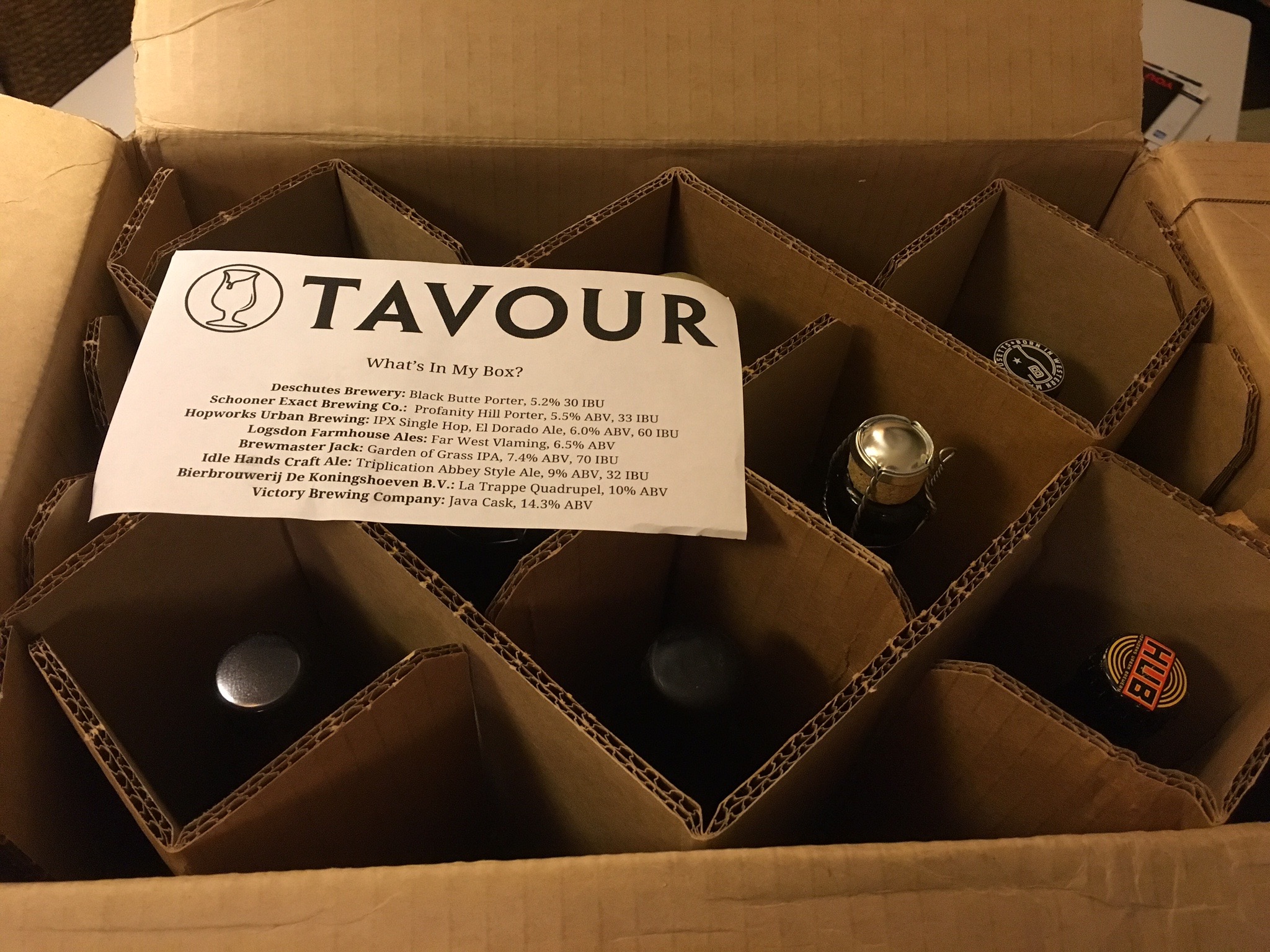 While it’s a lot of hard work, Kalavakur says it’s been a great experience growing Tavour. They are having to move almost every year to go into a bigger facility to handle all the beer they have going out. And if you want to know if Kalavakur tries every beer that goes on the site – he does.

“I absolutely try every beer that goes on the site,” he said. I put on 20 pounds – had to go back to tasting each one instead of drinking half a pint.”