The Scarecrow would be proud. The guys at Regular Guy Brewing kicked off their 2016 brewing season with an exciting addition. They got a new brain.

Regular Guy Brewing is a small, up-and-coming, craft brewery based out of Madison County, IL. The company was founded by three long-time friends who decided to shift their shared love of beer drinking to the realm of beer brewing.

“We are homebrewers who make beer for the every man. We strive to craft recipes and produce beers that are appealing to hard-working gentlemen (and ladies,) regardless of their profession. We feel that the average Joe has been largely marginalized by existing brewerie (large and small,) who generally underestimate the palates and drinking desires of the ‘Regular Guy’,” said Seth Treptow, the self-described Head Pump Technician and Primary Plumber of Stuff.

But in order to better brew the beer for the regular guys, they needed something special.  They needed a “brain.”

The new “brain” was born from a smattering of relays, a plethora of switches, a few PID temperature controllers, and then connected all together with a copious amount of wire to create the brewery control panel of their dreams. “It’s not very fancy looking but it’s functional. Much like us,” said Treptow.

Having a “brain,” will allow Treptow, Brian Koontz, and Justin Warren — the guys behind Regular Guy — to brew their beer the way they want to brew. “I would constantly think of things that could be done differently to make our process more efficient. This brew panel is the culmination of all those ideas and thoughts,” said Treptow.

Treptow is the mad scientist behind the new ‘brain,” building it with the fine precision of Dr. Frankenstein.

“I took all those ideas and rolled them into a great big ball, then kicked it around for a while. Then I picked it up, brushed off the lint, fuzz, and a half-eaten sucker, and got to work. I did a lot of research, which was followed by a lot of sketching, which devolved into a lot of doodling, which further devolved into pages and pages of tic-tac-toe, before finally buckling down and doing some actual work.”

With the nerve center of the operation in place, Treptow hopes that the beer Regular Guy produces will be much more consistent.

“We may be homebrewers, but we strive to approach our brewing as if we are professionals. We want our beers to not only taste good, but taste consistent from brew to brew. A Hot Blonde brewed today should taste the same as a Hot Blonde brewed 7 months from now.”

You can get a taste of Regular Guy Brewing’s offerings at two upcoming events next month. The guys will be featured at the upcoming “What’s Brewing in the Park” competition in Sparta, IL on May 7th, and then on Sunday, May 15th, the guys will be be competing with other homebrewers at local brewery Recess Brewing from noon to 5:00 PM. 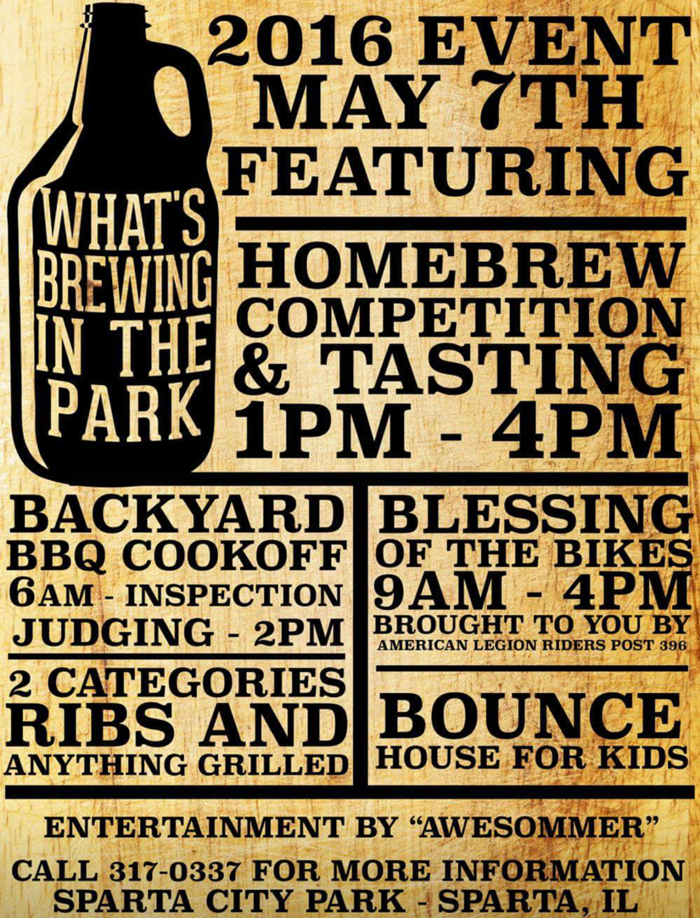