Louisville-based Goodwood Brewing Company will begin distribution in the Chicagoland area as early as next week. It’s the first time the brewery’s beer will be available in the area.

The beers won’t be available in downtown Chicago right away. Distribution will begin in the south side suburbs followed by the western suburbs and eventually the northern suburbs by the end of July. The beer will retail for $10.99 for a 4-pack. If the beers are well received Goodwood would like to have distribution in the city by the end of the year.

“Chicago is a great beer city and we have worked to open the market for the last six months,” Goodwood President Phillip Dearner said. “We feel like we have found the right distribution partners and are now prepared to launch a big-time market like Chicago. This is very exciting for all of us at Goodwood Brewing.”

There are currently seven beers in the brewery lineup, however, only three will be making their way to the Chicagoland area.

“We chose to concentrate on beers that showcase who we are and our love for wood-aging beer,” Dearner said. “As our distribution partners get to know us and have success with the initial beers we will continue to expand on the portfolio of offerings.”

In addition to the 4-packs, Goodwood will be on draft at locations that are still to be determined.

“Our goal here at Goodwood Brewing is to push the envelope of wood-aging beers, we feel that we have only begun to uncover all the possibilities,” Dearner said. “Our philosophy is to make the best beer possible and finish with a spectrum of flavorful wood types to create unique, sublimely sippable brews. We carefully age our products not to overwhelm them by the wood but to enhance the flavor profile while still show casing the beer we work very hard to create.”

When the first cases come to the suburbs the beers will be available in smaller mom & pop style stores. Goodwood is working with other stores in those areas to increase distribution right away.

“What makes Goodwood unique is not only the concept of all of their beers being Touched by Wood™, but we they only use limestone water in the brewing process,” Dearner said. “The water, which is used to make bourbon, gives the beer a unique flavor. This high-quality H2O benefits from the magnesium and calcium carbonate that’s imparted into it as it flows through limestone. Naturally low levels of sulfur and iron, generally considered unpleasant, also play a part in fermentation and overall flavor profile.”

Goodwood also benefits from being located right on the Bourbon Trail. They receive freshly dumped barrels from many different distilleries and only use each barrel once before they sell them to a waiting list of people that repurpose the cask into wood chips used in smokers, make furniture and one company who makes them into sunglasses.

Illinois is the latest in the brewery’s distribution plan. They are quickly adding more states and are in the process of adding a 2nd brewery in Louisville to keep up with demand. Illinois is now the 9th state that Goodwood beers can be found.

Their standard stout aged in bourbon barrels for two months is going to bring very robust smokey flavors combined with your standard stout notes with a late bourbon taste. When the beer comes out of the barrel it has a 13% ABV but then it’s blended with fresh stout to bring it down to the 8% it’s listed at. 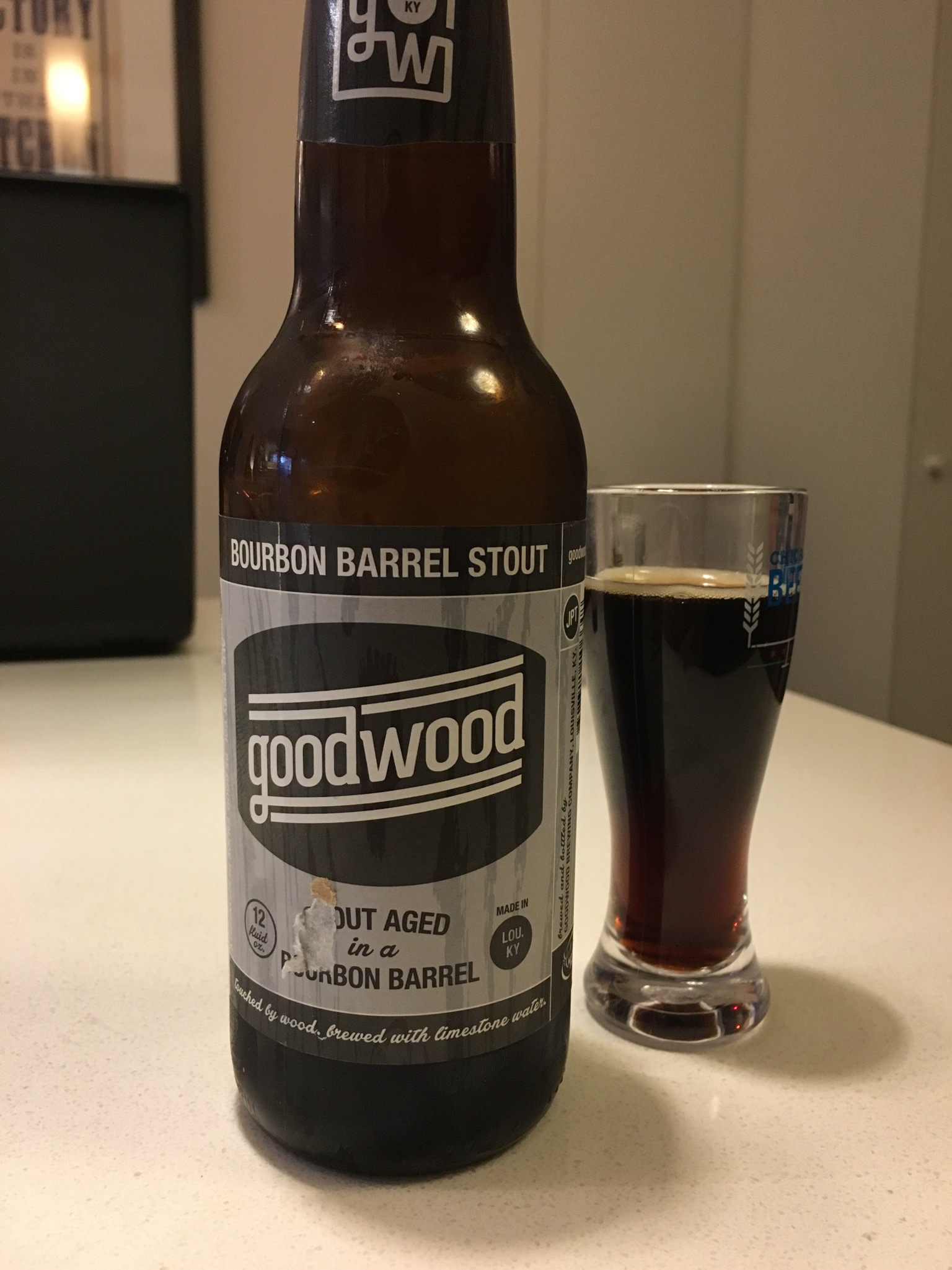 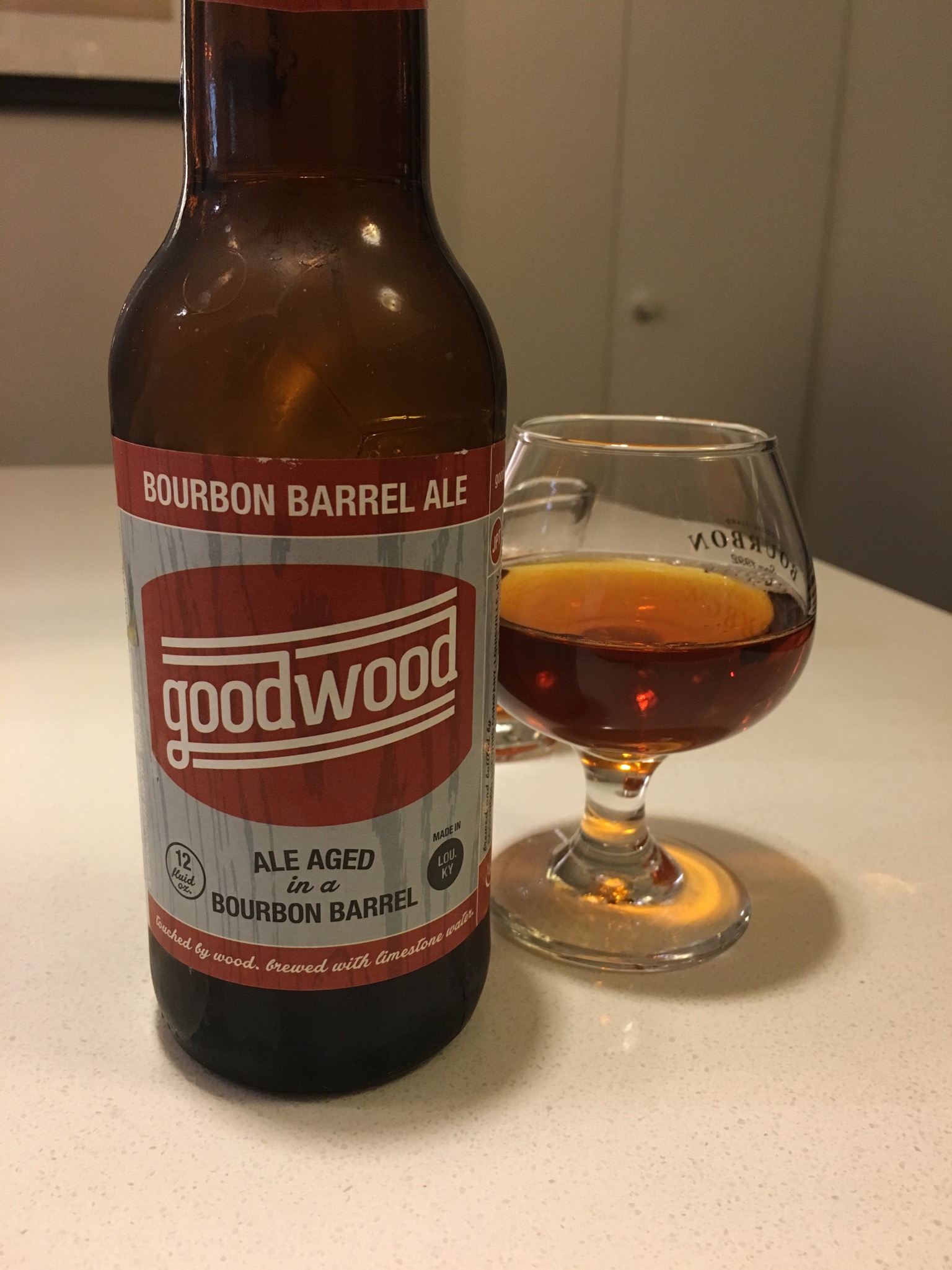 Chocked full of vanilla and the sweetness of caramel, Bourbon Barrel Ale spends 30 days in the barrel. Also aged in a bourbon barrel, like the stout, you’ll get a little bourbon flavor at the end but again it’s not the focus of the beer. At 6.0% ABV it’s a great beer you can drink anytime. You’ll also get some light coconut flavors at the end of the sip.

Unlike the first two beers, this one is aged in a brandy barrel. Despite being called an ale, Brandy Barrel Honey Ale tastes very similar to a barleywine. It’s rich in notes of raisins and other fruity flavors. 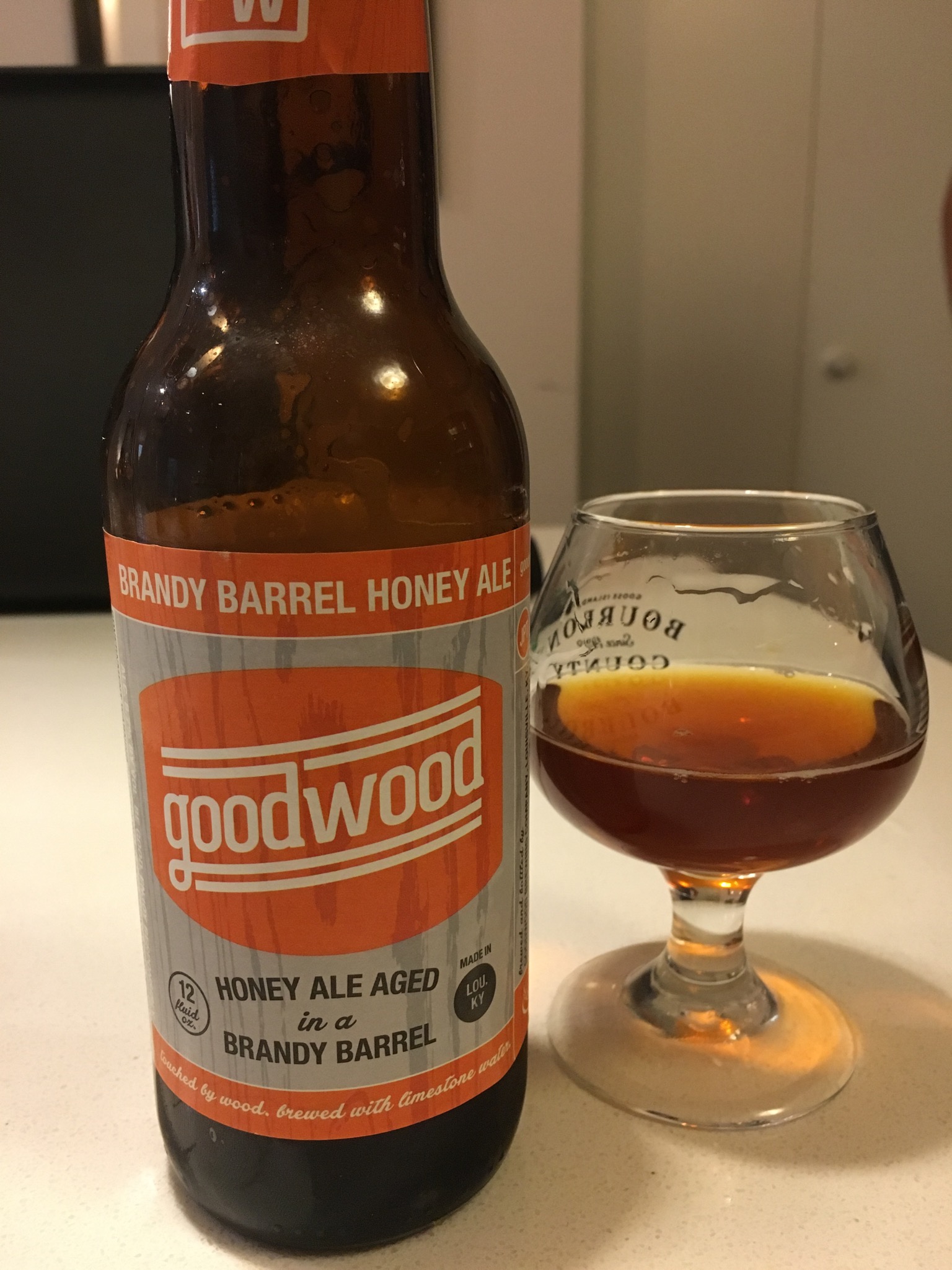 It’s a great summertime beer, but be wary of the 8.7% ABV. You won’t be able to taste the alcohol as it’s overpowered by the dark fruit flavors. This beer is aged in Copper & Kings barrels they get from the Louisville-based distillery. 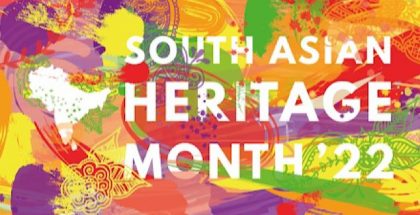 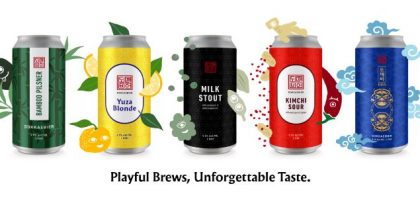